A bit of a disclaimer before we begin here: we'll be going to some pretty dark places when discussing our next famous Caper Bretoner you've probably never heard of. I would like to state that I do not advocate violence, or celebrate war. Personally, I'm quite happy to live during the most peaceful time in human history, and I really enjoy the fact that nobody has ever handed me a gun and forced me to shoot at fellow humans. I hope that trend continues. However, hard times call for hard men, and there was rarely a time harder, or darker, than the industrialized slaughterhouse of World War 1.

The reason our next famous Cape Bretoner is relatively unknown is mostly cultural. Cape Breton does not have a warrior culture. We do not glorify violence, unless committed on a hockey rink. We are not Sparta and do not have a samurai caste dedicated to the art of warfare. When someone gets beat up outside of The Capri, we do not call it victory. We call it assault. This is a good thing. If the worth of a Cape Bretoner was measured by their ability to inflict pain upon other people, my value to society would hover somewhere between belly-lint and a discontinued penny. We do not romanticize brutality. We romanticize baked goods and kitchen parties. 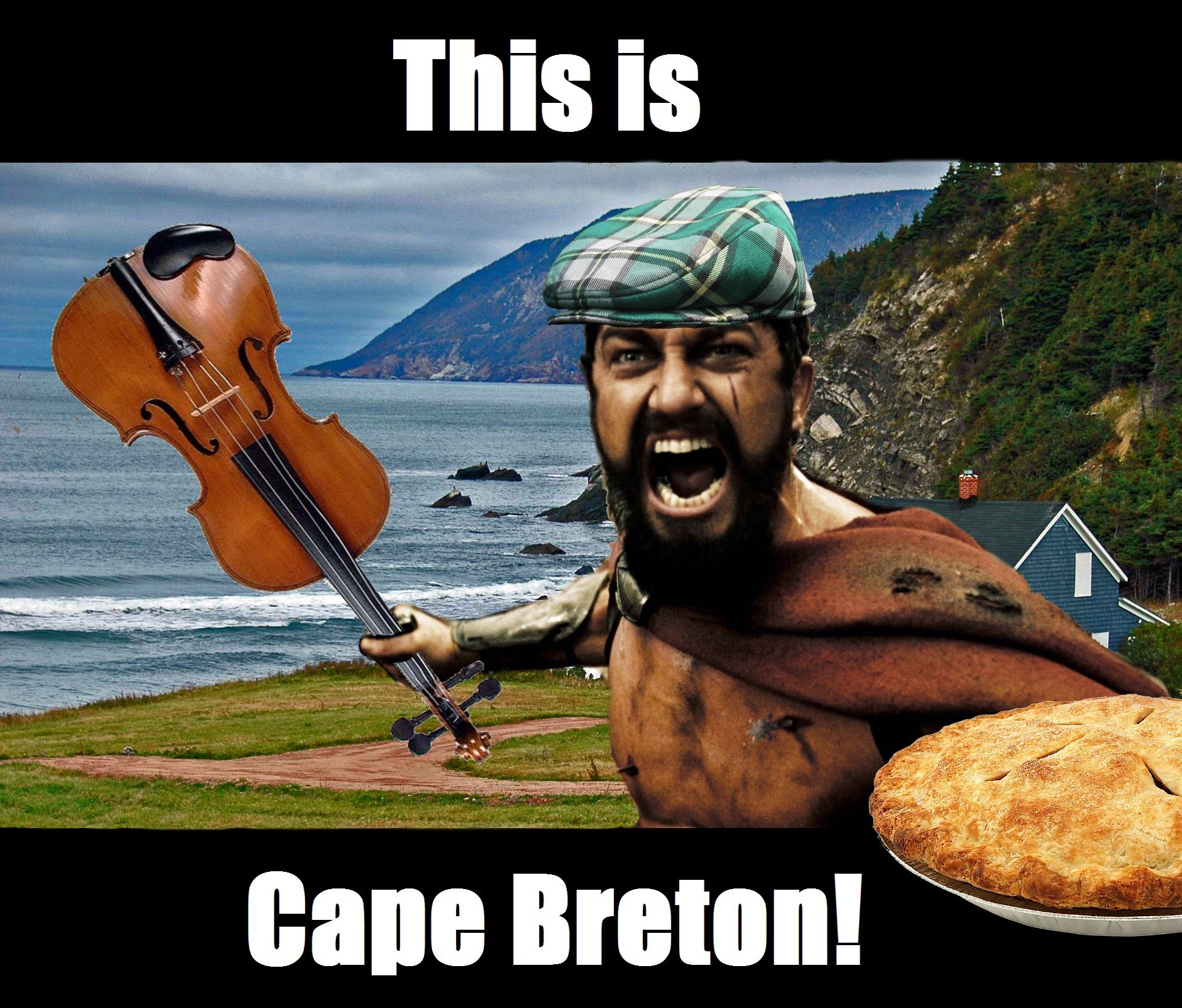 I dare say I'm getting pretty good at this.

But just because we don't admire violence does not mean we're not any good at it. I have heard it said some Cape Bretoners would rather fight than eat, and Captain "Wild Bill" Livingstone was certainly a testament to that fact. If we did put violence on such a lofty pedestal as we put fiddlers, Wild Bill would certainly have had a 30-meter statue dedicated to him in some national park by now. But before we get to the exploits of Captain William Angus Livingstone, "The Hero of Big Bras d'Or," we must first set the scene. 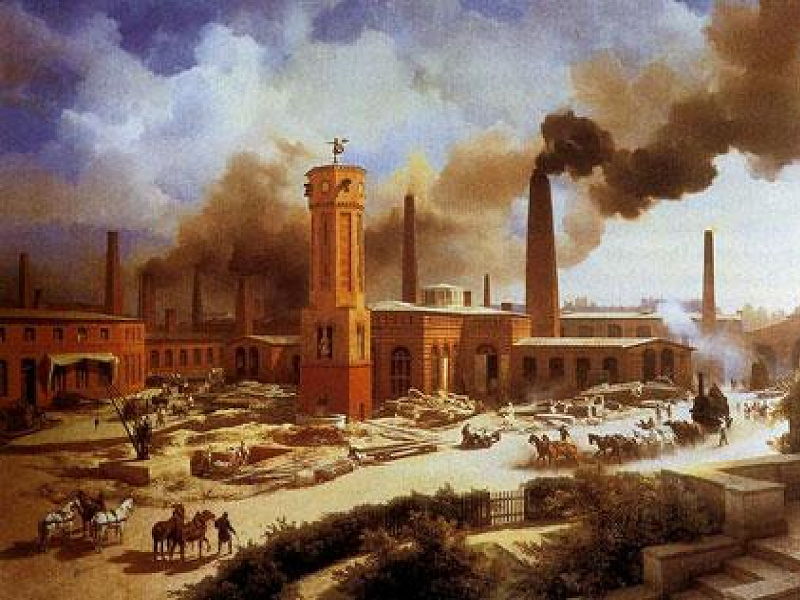 The sunsets sure are pretty when the air is full of carcinogens!

At the turn of the 20th Century, the future was looking bright for humanity. The Industrial Revolution was creating never before seen modern marvels almost daily. Skyscrapers were reaching ever-higher toward the skies, and horseless carraiges were puttering down mainstreets the world over. The lights of the Eiffel Tower and the bells of Big Ben were shattering our collective perception of what we were capable of, and some even believed humanity itself had turned a corner, ushering in a new era of peace and prosperity. That was before World War 1 broke out, and reminded us all that we're still humans, and we're still awful...

World War 1 single-handedly changed the worldview of war from an honorable right-of-passage to a repulsive institution. Say what you will about medieval combat, at least you had the opportunity to say hello to the barbarian horde before they ran you through with a sword. In World War 1 you didn't even get the courtesy of shaking your fist at the artillery jockey who just ended your existence from 2 miles away, without either of you knowing it. The Great War took the efficiencies of scale and progress of the Industrial Revolution and dedicated them to a new kind of wholesale slaughter of young men. 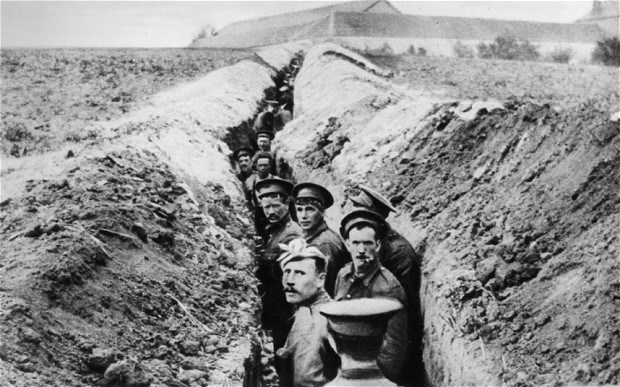 Men giving the classic "I don't really want to be here" face.

To add to the sheer meaningless of the entire ordeal, most European leaders at the time were related, so it was much like going out to have a snowball fight with your cousins, but instead of hurling snow, you threw young men, bullets, and mustard gas at each other. Many countries got in on the fighting simply because they had armies, they were expensive, and they weren't doing anything. Pretty much the same reason your brother asks you to go out on his boat.

Young men from around the world were forced into a perpetual stalemate, on a crater-filled, corpse-strewn battlefield of ever increasing casualty numbers known as trench warfare. If you would like to know what it was like to participate in World War 1, dig a blood soaked hole in your backyard, curl up inside, and set off fireworks 5 feet from your head... for 4 years.

The more I read about World War 1, the more it becomes evident that nobody really wanted to be there, until I found out about William "Wild Bill" Livingstone. As most young men huddled in their trenches, wondering what hole they fell through to end up in this hell, Wild Bill was writing to his father "after all its hardships, old man, there is something about this life that appeals to me." 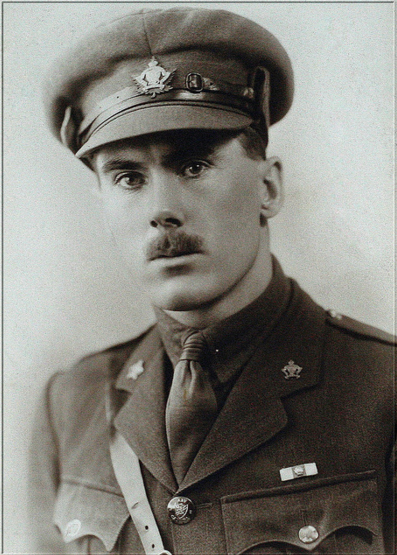 William Angus Livingstone was one of five brothers from Big Bras d'Or who served in the Great War. Out of the five brothers, four of them actually survived the ordeal, which was pretty surprising considering the circumstances. It's even more surprising after you learn about the multitude of risks Wild Bill routinely took... for fun. Yes, one does not gain the moniker of "Wild Bill" by simply surviving. Captain Livingstone earned the name through the many reckless actions he routinely took upon the field of battle.

Now, I hope you understand how repulsive I think war is. I'm not attempting to make light of this extremely dark situation, but never has the killing of fellow humans been considered a more noble enterprise than when committed against extremely determined Germans.

From the words of Wild Bill's brother Harrison, "Bill probably killed more men in hand-to-hand combat than anyone else in the Canadian Corps." We're still not sure how, in the time of gattling guns, barbed wire, and mustard gas, Bill found so many hand-to-hand combat opportunities, except that maybe he was extremely dedicated to creating them.

During the darkest days of World War 1, night patrols were generally considered one of the most dangerous and least sought after jobs. That's why it was so bizarre that Wild Bill would regularly volunteer for the duty, alone, without telling anybody, for fun. Bill took two pistols, presumably for more bullets and rad John Woo style action scenes. He wasn't so much fighting during these solo midnight excursions as he was hunting. He would just show up in the morning with prisoners and stories.

Captain Livingstone earned his second Military Cross during a German attack in 1916, when he and his unit were cut off from the rest of his battalion by a German offensive. Bill grabbed a machine gun and cleared an entire German trench on his own to reconnect his unit with the rest of the army. He was later recommended for the Victoria Cross but was denied the decoration because he offended his own battalion commander in some way.

And it wasn't as if the Germans were ok with this rampaging Cape Bretoner among their trenches. They did everything they could to stop him, but unfortunately for them, whatever weapon was capable of stopping Wild Bill simply did not exist at the time. They shot him twice, blew him up, gassed him, and stabbed him a couple times, but Bill always found his way back to the trenches. He was wounded a total of 6 times before Canada forced him to go home against his will in 1918.

Now, one would think a man who so thoroughly enjoyed mortal combat would have a hard time adjusting back to the slow pace of a Cape Breton lifestyle. Not for William Angus Livingstone, who seemed just as dedicated to domestic life as he was to the battlefield. After returning from the war, he attended Dalhousie, where "Wild Bill" became "Barrister Bill." He also married, had two children, and later became "Judge Bill," the youngest judge in Nova Scotia. Finally, he became "President Bill" when he served as national president of the Royal Canadian Legion in 1934.

William Angus Livingstone died in 1950, far later than anyone expected.


Next Episode: The Woman who Fought Smallpox and Bears

Episode 1: The Man who Replaced his Hands with Oscars