A Very Cape Breton Guide to the Apocalypse

I have some bad news Cape Breton. The world is coming to an end. Not like, soon or anything. But someday... probably, right? But I also have some good news. We officially live in the safest little corner of the planet, during Armageddon or otherwise.

Seriously, what on Cape Breton Island wants you dead? We're like Reverse-Australia, wherein we're still a bunch of pseudo-Commonwealth people living on an island, but whereas in The Land Down Under absolutely everything is constantly trying to kill you, we Cape Bretoners have to steadily drink, smoke, and eat piles of sugar to remind ourselves that death is even a possibility. What's trying to kill us around here? Bears? Bears are cute! Our crime rates are so low that even the most dangerous predator of all, man, is surprisingly docile within the confines of our shores.

Some people call this place boring. I prefer the word "habitable."

Luckily, the fact that our lives are mind-numbingly secure doesn't change much during the greatest tribulation humanity will ever face: The Apocalypse. You see, as a self described scholar of all things world-ending, I know that when it comes to the end times, it's all about LOCATION, LOCATION, LOCATION. 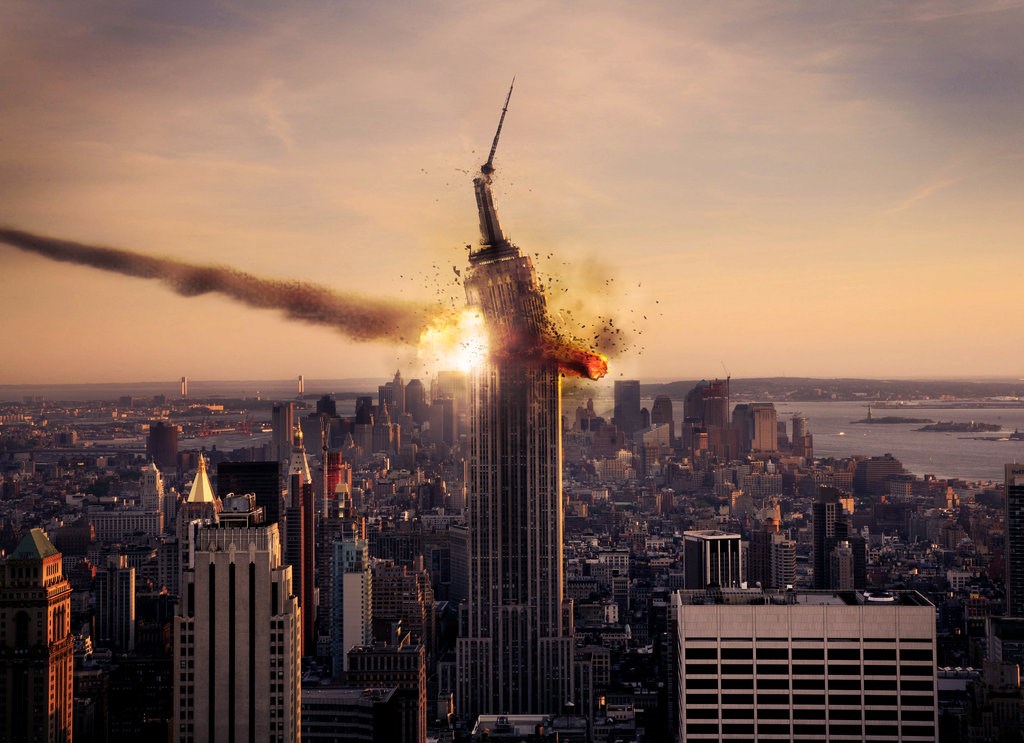 For instance, there. Don't be there.

So as a purely philanthropic act of social awareness, I'm going to break down how our island will fare in three different apocalyptic scenarios, because I'm nice like that. Feel free to thank me after the last zombie is dispatched off the coast of Arichat.

As far as popular apocalypses go, the nuclear option has really fallen out of favor in recent times. Why remains uncertain, but with these two guys holding the launch codes, I see post-nuclear fiction making a strong comeback in 2017!

But I come bearing good news Cape Breton! If we ever find ourselves on the wrong end of a nuclear warhead, the powers that be are obviously just clearing out inventory at that point, and the world is far past the point of no return. Yes, the good news is that Cape Breton is not of economic, political, or strategic importance to anyone. Hooray....? 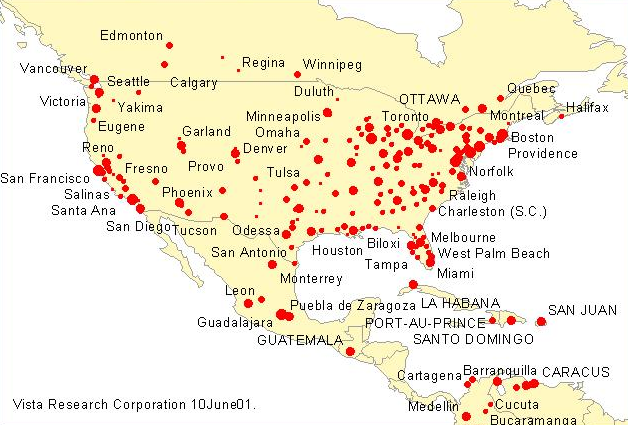 Stupid Halifax! Getting all the attention.

Who's nuking Guatemala? That just seems rude. Anyways, just because we won't be torn apart on a molecular level doesn't mean we can start having mushroom cloud themed picnics just yet. Explosions are but one of the many horsemen of this apocalypse, and due to the Gulf Stream and North American weather patterns, Cape Breton will eat the fallout of nuclear explosions from Miami to Vancouver. Maybe you would prefer the explosion to poisonous rain and irradiated air? Too bad. Cape Breton doesn't get to choose.

But we do have one overlooked resource that is ridiculously useful in this situation. Miles and miles of underground coal mines. That's right Cape Breton. When facing an extinction level nuclear event, we have but one option for the furtherment of the human race. We become mole people. 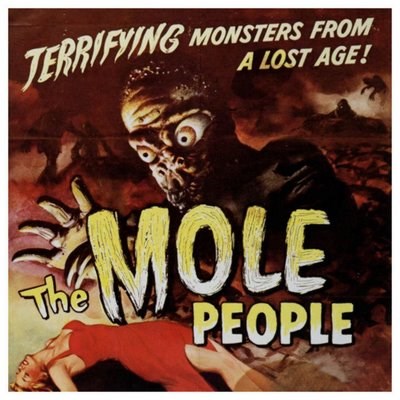 He's just there to take her temperature, because he's a nice Mole Man. Don't judge! 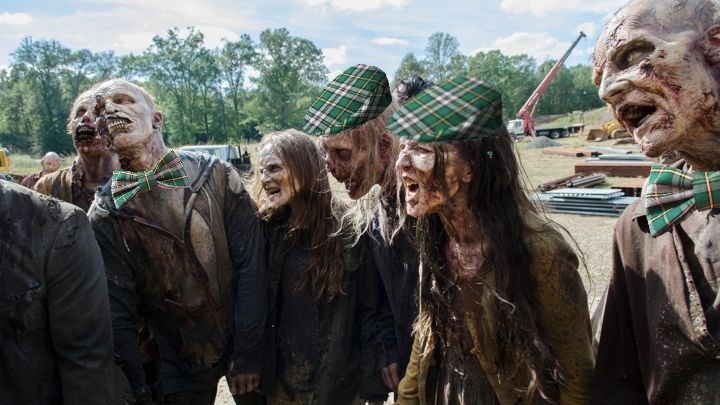 There's a reason the Zombie apocalypse is easily the most sought after and popular world ending fantasy around today. No other Armageddon allows you to partake in your darkest sociopathic fantasies of shooting your neighbor in the head with a complete lack of guilt or consequences. That, and no other apocalypse can so easily be thwarted by a chain link fence. 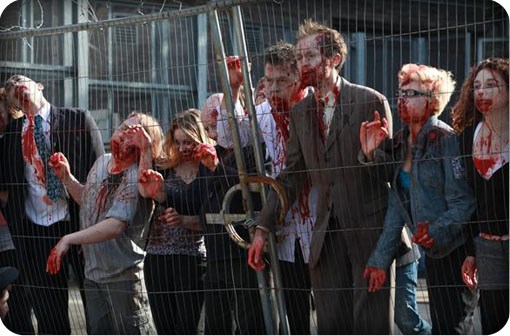 Oh no. A fence! My only weakness!

But how we react to the zombie apocalypse is completely dependent on where it begins. If it begins on Cape Breton Island, which is unlikely because Cape Breton is a horrible place to cultivate a disease, and zombies are fictional, BUT if it  does begin on Cape Breton, the various world powers will quickly blow up the Causeway, breath a sigh of relief, and congratulate each other on nothing of value being lost. Also entrepreneurial folk will float boats around the island in the new, exciting economy of zombie tourism. Kind of like Bird Island, or Jurassic Park.

As far as surviving a Cape Breton zombie apocalypse, I'd say we're in good shape. Our aging population ensures most of our zombies will have bad hips, and all of our young people are strategically located halfway between Sydney and Glace Bay, which makes our more spry zombies geographically quarantined. I mean, why else would you put a University out there? Any other reason is just stupid.

We also have Zombieproof MMA training people to dismember the undead in ultra-lethal hand-to-hand combat. 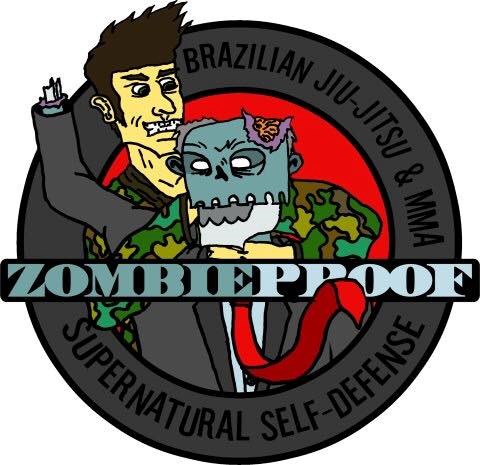 Sorry ZombieProof, but when it comes to dealing with the undead, grappling is my last option.

The more likely scenario, however, is the Zombie plague beginning off island, in which case, congratulations, you're in the safest place on Earth. To prove my point, here is Brad Pitt coming to Cape Breton at the end of World War Z. 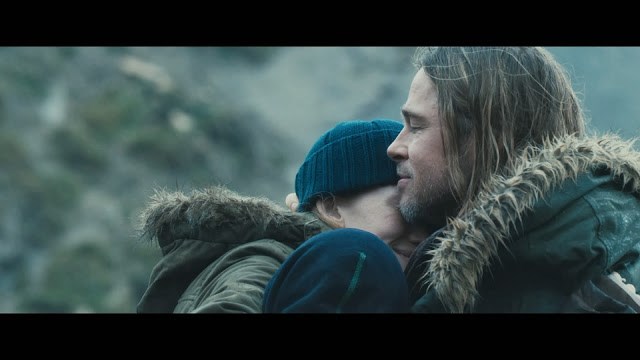 A rare case of "Happily ever after" on Cape Breton Island.

Personally, I'm looking forward to the off-island Zombie apocalypse so I can finally use all those explosives I've been stockpiling in my basement to blow up the causeway, and my mom can stop complaining about all of my sodium-nitrate. See, this island has very few ways of getting on and off of it, and nearly all of them can be blown up. Once I detonate the causeway, receive my tickertape parade, and start the Canso Liberation Front, we can all get back to our lives per usual, with the following exceptions.

Things we won't have as full blown zombie isolationists:

And this changes the question at hand from "Will I survive the zombie apocalypse?" to "Is it worth surviving the zombie apocalypse?" The silver lining here is how many Cape Bretoners are going to kill each other over the last cup of coffee. Less bellies to fill and zombies to kill is what I say! And it's not like we're going to starve to death. As a wise man once told me, if you starve to death on Cape Breton Island, you're simply not trying hard enough. I've done a bit of research on precontact Mi'kmaq diets, and they survived on this land simply by eating everything that swam, ran, flew, or grew. Here's a quick list:

Things we will have as full blown zombie isolationists:

You might have noticed a total lack of processed foods and sugars, and that's because you can't grow sugar within 1000 kilometres of Cape Breton. Really, the apocalypse would be the best nutritional campaign in Cape Breton history. A zombie plague would practically be an islandwide diet. We may lose out on coffee, but this would be outweighed by all the wonderful new seagull recipes on Pinterest. 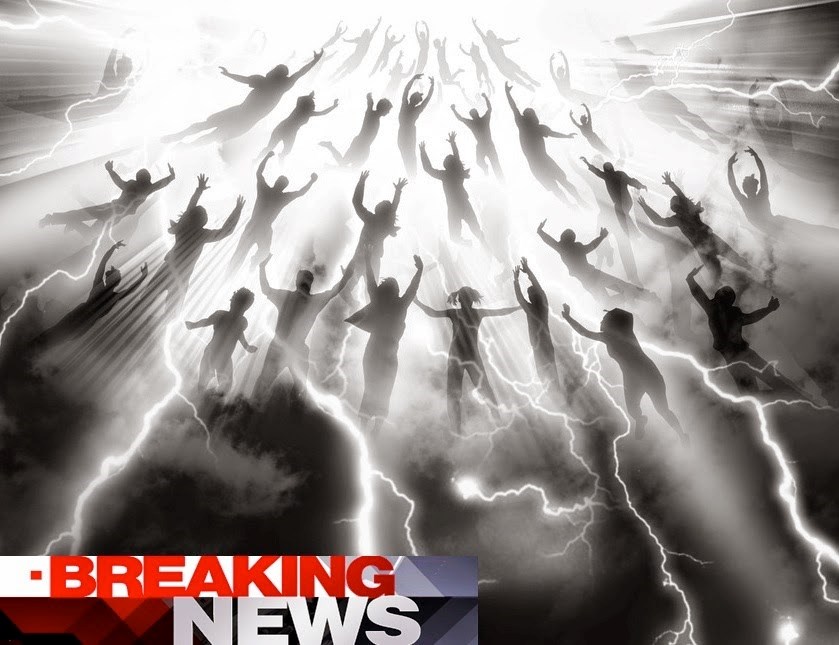 Now the rapture is a complicated bag of tricks. It's like 100 world ending events all happening at once. Kind of like an Apocalypse Greatest Hits album, which is weird because it's one of the first. It's like making your debut album a Greatest Hits compilation, which is either incredibly optimistic, or incredibly pessimistic depending on how you look at it.

And before anyone gets mad at me for talking about this stuff, I'm no Biblical scholar. I'm a guy with Google and spare time.

If you're thinking "I'm a pretty pious guy. I've never kicked a dog. I'm going up for sure!" Let's do the math. From a bunch of blogs I just read, only 144,000 are going to get sucked up to heaven and leave their clothes behind. I really like that part. Naked people being sucked up to heaven is just really funny to me. 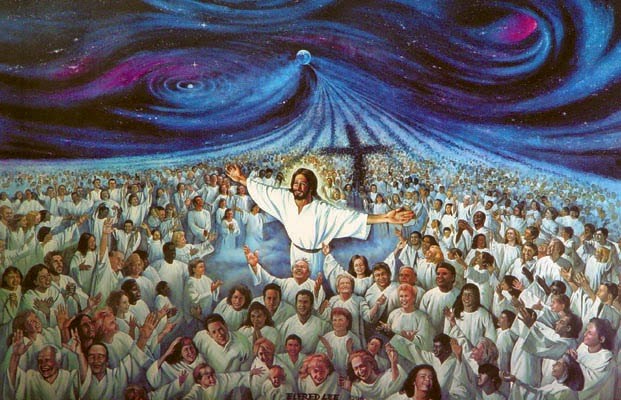 In none of these pictures is anyone ever naked. BOO!!!!

But that's roughly one out of every 52 thousand people. Ashby's Chase the Ace practically has better odds than that. More than likely, only one especially pious old lady in Judique will get sucked up and all the rest of us will continue going about our kitchen parties like nothing is out of the ordinary.

So what is in store for all of us heathens left behind? Well here's a quick list:

If anyone takes offense at any of this, I'm getting it all from websites that look like HTML threw up and died. Turns out doomsayers aren't very adept at web design. Trust me, I'm doing you all a favour.

Like, seriously, do you really want to dig through this stuff?

But what does this mean for Cape Breton? Well since floods weren't on the list, because God doesn't like repeating himself, I think we're in pretty good shape. The Rapture isn't meant to kill every human on the planet. It's just supposed to suck a lot. Once Jesus comes back down and sends the Anti-Christ back to hell, we all get a second chance. So, ummmm, thanks Jesus?

So the secret here is to just keep your head down, don't get hit by stars, and come up with some excellent blood pudding recipes. We're lucky New Brunswick is a cognitive desert, devoid of all things thought provoking. Hopefully the maurading 200 million person army will think that level of boredom is just not worth it. Otherwise, stock the bunkers and fly right, because we're all in for 7 long years of weirdness.

Conclusion: Buckle up kids. It's going to be a wild ride.

So congratulations Cape Breton. With our abundance of food sources, comfortable climate, small population, energy resources, and lack of all things dangerous, we're in an excellent position to weather any and all world ending storms! 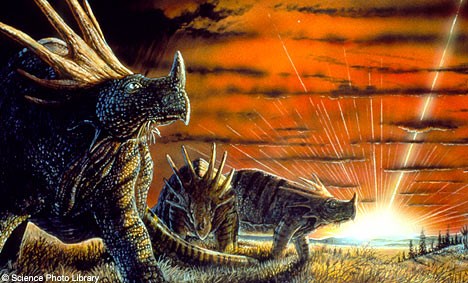 "Looks to be an interesting Tuesday!"