Canary In The Mine — East Coast Disaster Songs

The East Coast of Canada has a rich history of disaster songs that tell of loss and communities suffering with shared grief.  Mine accidents, like Springhill and Westray, and nautical disasters, like the Ocean Ranger and the Titanic, are examples of events that have had many songs written about them.

Dr. Heather Sparling is an Associate Professor in Ethnomusicology at Cape Breton University who has developed a travelling exhibit, called Canary in the Mine, that explores the rich tradition of disaster songs.

“Disaster songs are a way for communities to share information and process grief following tragedies,” said Dr. Sparling.  “As well as telling the story and commemorating those lost, there is often also a search for truth and justice.”

The research was started by Professor Joe Scanlon of Carleton University who wanted to know how disasters were represented in folk songs.  Scanlon learned that most disaster songs originated on the East Coast.  Scanlon and fellow Carleton Professor Del Muise teamed up with Sparling and collected a database of over 500 songs.  Each person conducted their own research and analysis on the collection.

“One thing that struck me was the number of songs about modern tragedies,” said Sparling.  “Folk songs were a traditional means of sharing news before the advent of modern media, so it surprised me to find so many songs about Westray and the Ocean Ranger.”

To share her work more widely, Sparling created a website that enabled visitors to learn about the history of disaster songs and and listen to the music.  With no advertising or publicity, the site was soon seeing 1,000 visitors a month.

“People wrote looking for information about loved ones who were involved in the tragedies, or researching family history,” said Sparling.  “Songwriters wrote to thank us for including their songs. The response was amazing.” 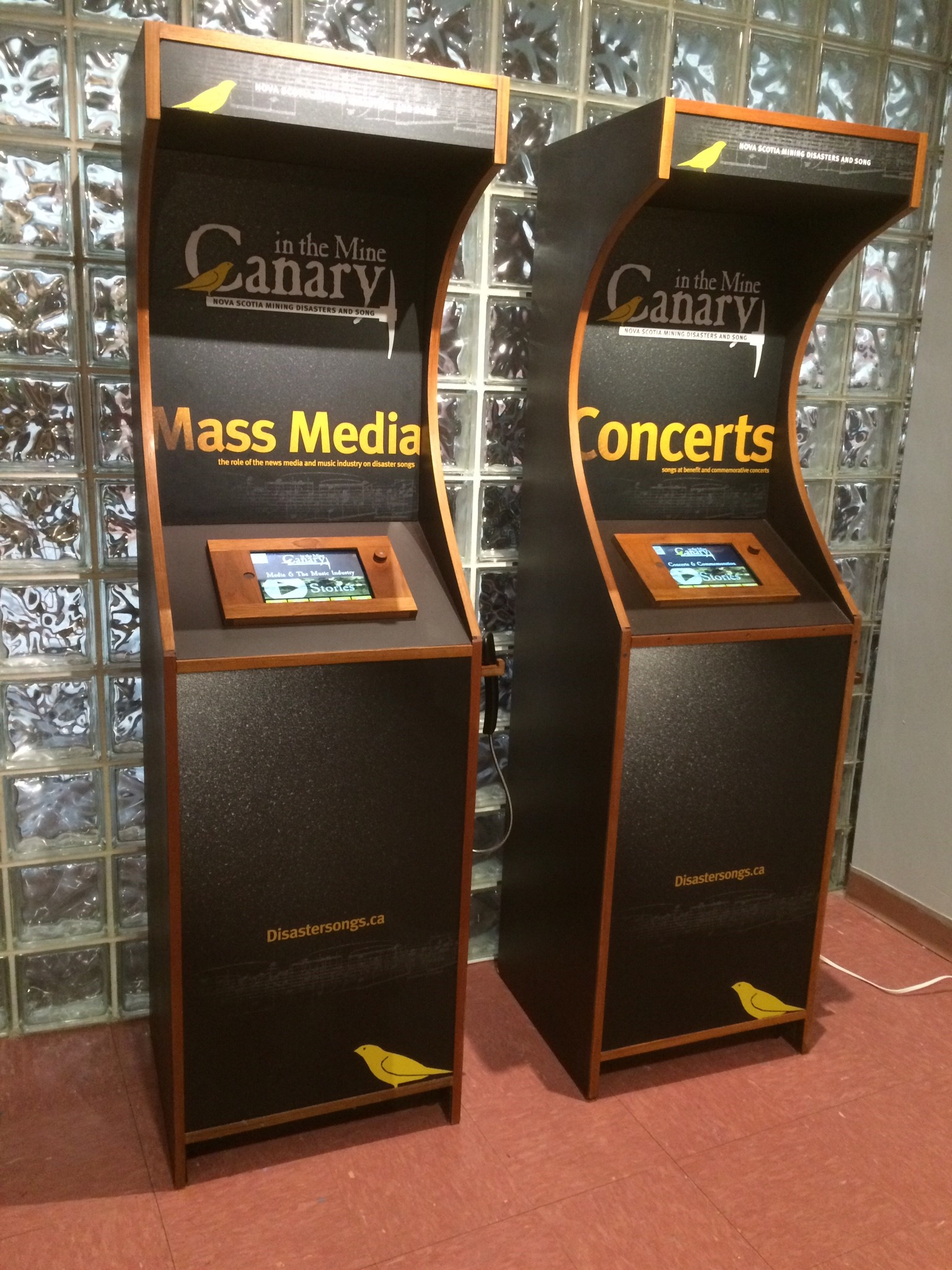 Sparling also knew that many community museums were looking for programs to bring people back for repeat visits, so she designed Canary in the Mine to meet their needs.  Using iPad-based kiosks meant the exhibit was easy to set up, did not require much room, and enabled interactivity and song playback so visitors could have a rich experience.