The Cape Breton Mesonet is a network of private weather stations founded by Jonathan Buffett, who installed the first station roughly 15 years ago. In the last few years, the network has expanded rapidly and now boasts 57 stations throughout Cape Breton Island, which are collecting environmental data in real time. 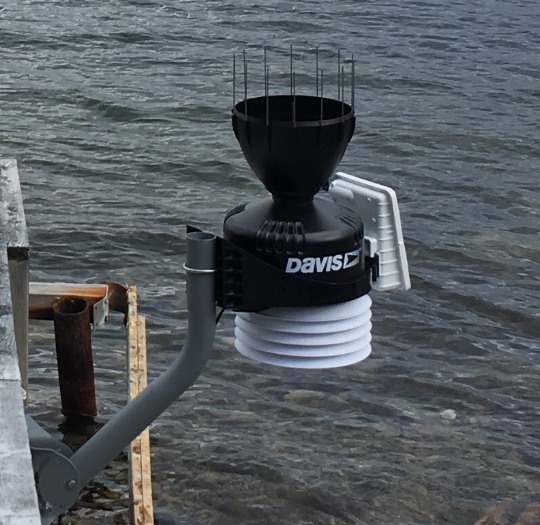 The word “meso” refers to the average distance between weather stations. Mesonet stations are 15-20 kilometers apart on average.

Unlike other weather networks that are often associated with universities or government agencies, the Cape Breton Mesonet is 100% privately-funded and privately-owned. It is part of the growing trend of citizen science — people in the community who take an active interest in gathering and discussing environmental data.

“Weather data becomes more and more valuable over time,” said Jonathan. “We know the climate is changing, but we also need to know what, where, and by how much if we are to make predictions about the future and take action to manage the impacts. Having solid science and dense, high-quality data is fundamental to that process.”

Mesonet members also engage in lively online discussions about weather-related stories, like the algae bloom in Lake Ainslie, the ice wall in Irish Vale, and how sand from the Sahara Desert occasionally reaches our shores, carried on prevailing winds.

For more information about the Cape Breton Mesonet, visit CapeBretonWeather.ca

Living Weather
View all the LATEST
and HOTTEST posts
View