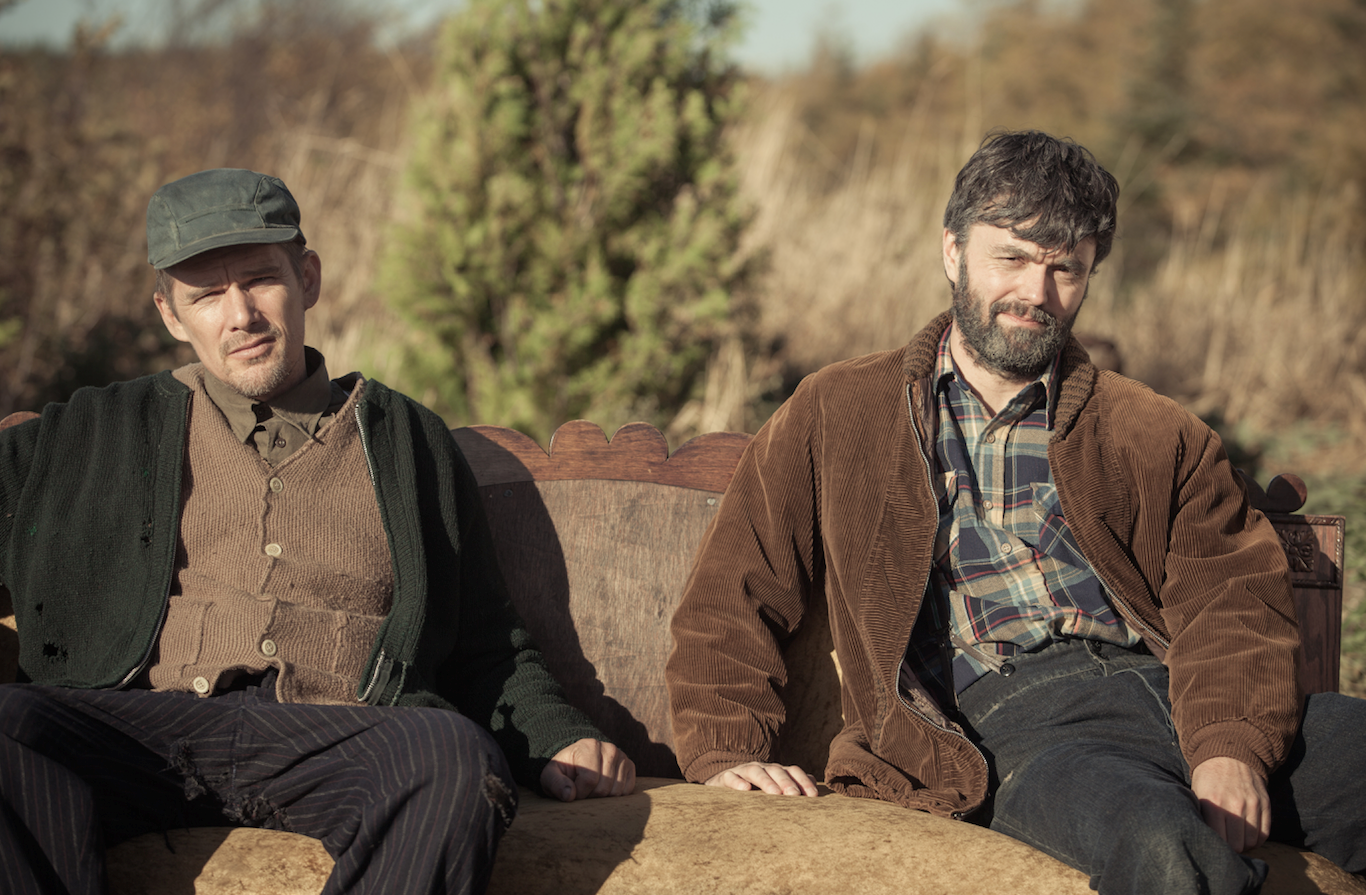 Growing up on a dirt road in Gillis Lake, East Bay, Cape Breton to the lights & glamour of Los Angeles, Actor Billy MacLellan takes time out of his busy Cape Breton vacation to sit down with me to discuss his path from Cape Breton to Lights, Camera, Action!

Not a regular household name, but once you look at his portfolio you will recognize him from roles in The Border, Rookie Blue, Heartland, Republic of Doyle, Flash Point, Bomb Girls, Lost Girls, The Ron James Show, Murdoch Mysteries, Gangland Undercover, Defiance, and the list goes on! Most recent accomplishments include acting alongside Ethan Hawke in “Maudie” and just finished up his new CBC Series “Bellevue”.

MacLellan tries to make it back home to Cape Breton at least three times a year, but with his busy schedule lately, this summer is his first time back in 2 years, and just in time to celebrate his 25th High School Reunion from Riverview Rural High School in Coxheath.

Billy attended East Bay Elementary then off to Malcolm Munro High for Drama & French Immersion, graduated from Riverview High School , accepted into Acadia for Phys. ED but his girlfriend at the time couldn’t leave Cape Breton so attended UCCB for a B.A. National Theater School in Montreal turned him down, and went on to Concordia University for 3 years! Funny enough that his exit interview from Concordia, his professor at the time suggested that he should apply to N.T.S, so Billy tried again and was accepted, this is where he found his true craft of acting!

MacLellan laughs “7 years of post education and still not a doctor”.

After graduating, one of his professors from NTS called, they were directing “Anne” non-musical production of Anne of Green Gables at Neptune Theatre in Halifax and needed someone to fill the role of  “GILBERT”, so he moved to Halifax and filled the spot! While during the production, another local director wanted Billy to fill in for their final production of Hamlet! After playing various roles in Hamlet, moves to Toronto, acting part-time and performing in a few plays in Edmonton, and in 2007 his biggest accomplishment comes as he becomes a full time actor!

Taking a step back to growing up in Cape Breton, Billy tells me besides chasing after all those Cape Breton girls, he would spend most of his time in his room, focusing his time watching movies on the old vhs machine! Remembers borrowing his friends vhs machine to try and copy videos so he could watch them over and over again! His grandparents would give him a twenty dollar allowance on Friday, and he would go to Sampson Variety or East Bay Variety, rent movies and have the twenty spent by Sunday!

Besides being a movie fanatic, Billy would be involved in local sports including minor hockey, soccer under 14, water polo at the Coast Guard College in Westmount, and remembers when he was asked to join four other guys to become the first Cape Breton cheerleaders for The Cape Breton Breakers! Greatest high school memory is being part of painting the tressel in Sydney River - RHSNVRDIE!

Billy always stays true to where he comes from, and wears his heart on his sleeve when it comes to Cape Breton. “Cape Breton has a different weight”, which Billy relates back to Gordie Sampson’s song “Blood is Strong” - As you live away, you forget the feel of the island, and it’s always great to come back here to Cape Breton and let the city life dissolve, MacLellan explains that wherever he goes, he loves listening to the music of Cape Breton, from Gordie Sampson “Stones” CD, to listening to Jimmy Rankin sing “Colorado” while driving through Colorado, and have sent Steven MacDougalls “Sing Me To Sleep” to any who really wants to hear true Canadian Music!

When he hears anyone saying they are coming out east, visiting Halifax & Peggy’s Cove, checking out the tides of New Brunswick - if they are not going to Cape Breton, that there's no point in coming to the East cause you will have to come back!

Checking out his Facebook status the next morning, Billy stopped at the East Bay Sandbar to get a bottle of the water, and stopped by the church to have the priest bless his motorcycle before he left to go back to Toronto!