Local tech company MediaSpark has achieved a milestone not common within the tech industry — 25 years in business as an independent, locally-owned company.

Even more impressive is that MediaSpark’s small team of 15 to 20 people working on Charlotte Street in Sydney are global leaders in educational innovation.

MediaSpark was founded in 1994, offering custom software development services.  Some years later, the company began producing its own line of products called GoVenture.

GoVenture is now one of the original and most widely-used series of educational games and simulations in the world.  Thousands of schools and universities have integrated GoVenture programs into their curricula, reaching over 1 million learners of all ages around the world.

CEO, Mathew Georghiou, explains, “20 years ago when we started offering highly-advanced educational games to schools, we couldn’t use the word ‘game’ to describe our products because games were not accepted in schools.  Nowadays, games are widely-used as powerful experiential-learning tools. Our GoVenture games were one of the first to be adopted in formal education around the world.” 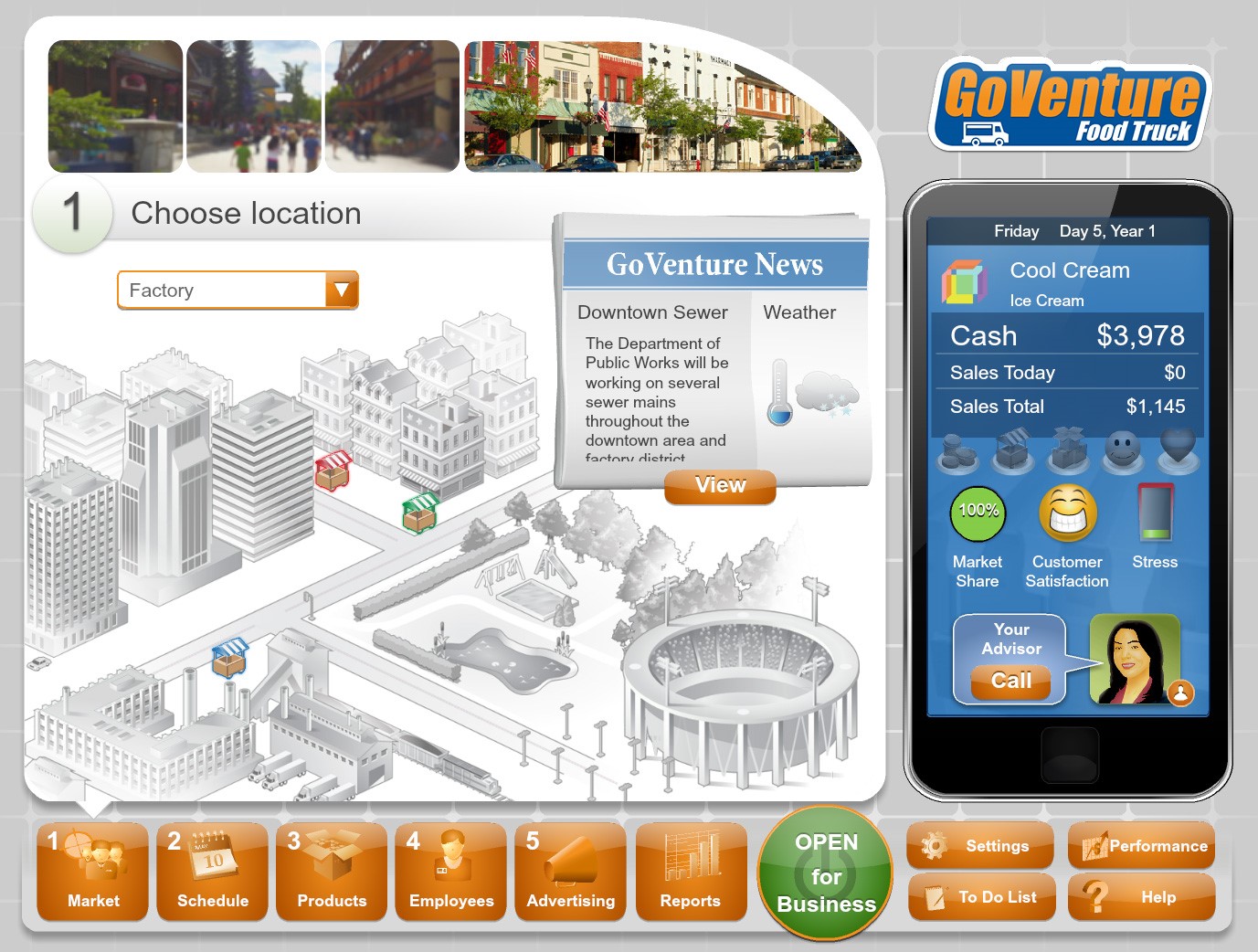 Screenshot from a GoVenture business simulation

MediaSpark has also spun out subsidiary companies, including lokol which launched goCapeBreton.com and this magazine.

MediaSpark was founded by Mathew Georghiou.  When Mathew was a child, his Greek family immigrated to Sydney from Cyprus, due to the economic and civil unrest there at the time.

Mathew and his wife, Joanie Cunningham (born and raised in Ashby), both studied engineering at CBU and Dalhousie and moved to Toronto after university.  They returned to Cape Breton to start MediaSpark.

The MediaSpark team is comprised of programmers, graphic designers, content developers, sales, marketing, and operations experts from throughout Cape Breton, including North Sydney, Glace Bay, Catalone, Sydney River, and other areas.  All of whom work together to create innovative products and serve customers around the world from their offices in Sydney.

Find out more at MediaSpark.com