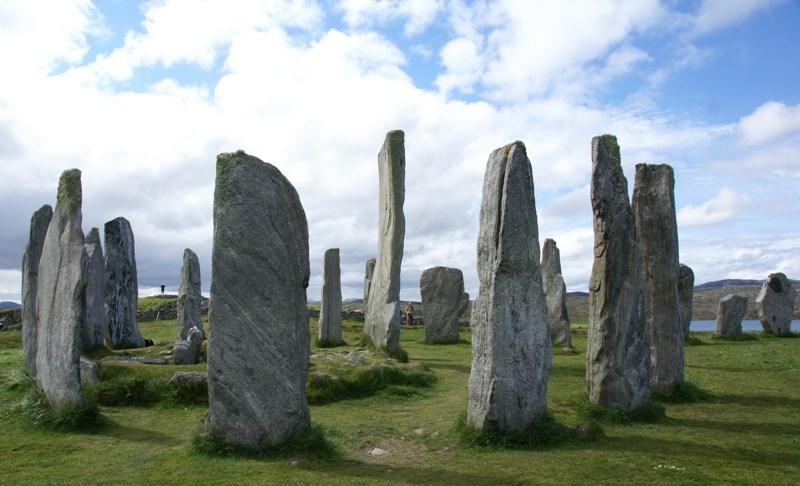 "The Outer Hebrides, also known as the Western Isles, Innse Gall ("islands of the strangers") or the Long Island, is an island chain off the west coast of mainland Scotland.

Scottish Gaelic is the predominant spoken language, although in a few areas English speakers form a majority.

There are various important prehistoric structures, Such as Calanais Standing Stones, Lewis, Scotland. Which is similar in size to that of Stonehenge. The standing stones are placed in a cruciform pattern with a central stone circle. They were erected in the late Neolithic era, and were a focus for ritual activity during the Bronze Age.  Many of which pre-date the first written references to the islands by Roman and Greek authors. The Western Isles became part of the Norse kingdom of the Suðreyjar, which lasted for over 400 years until sovereignty was transferred to Scotland by the Treaty of Perth in 1266. Control of the islands was then held by clan chiefs, principal of whom were the MacLeods, MacDonalds, Mackenzies and MacNeils. "

What more do you know about your family heritage? Comment below.

Posted by Daniel MacNeil
Share your news and events for free on goCapeBreton.com
SHOW ME HOW

People Genealogy
View all the LATEST
and HOTTEST posts
View