Episode 3: The Woman who Fought Bears and Smallpox 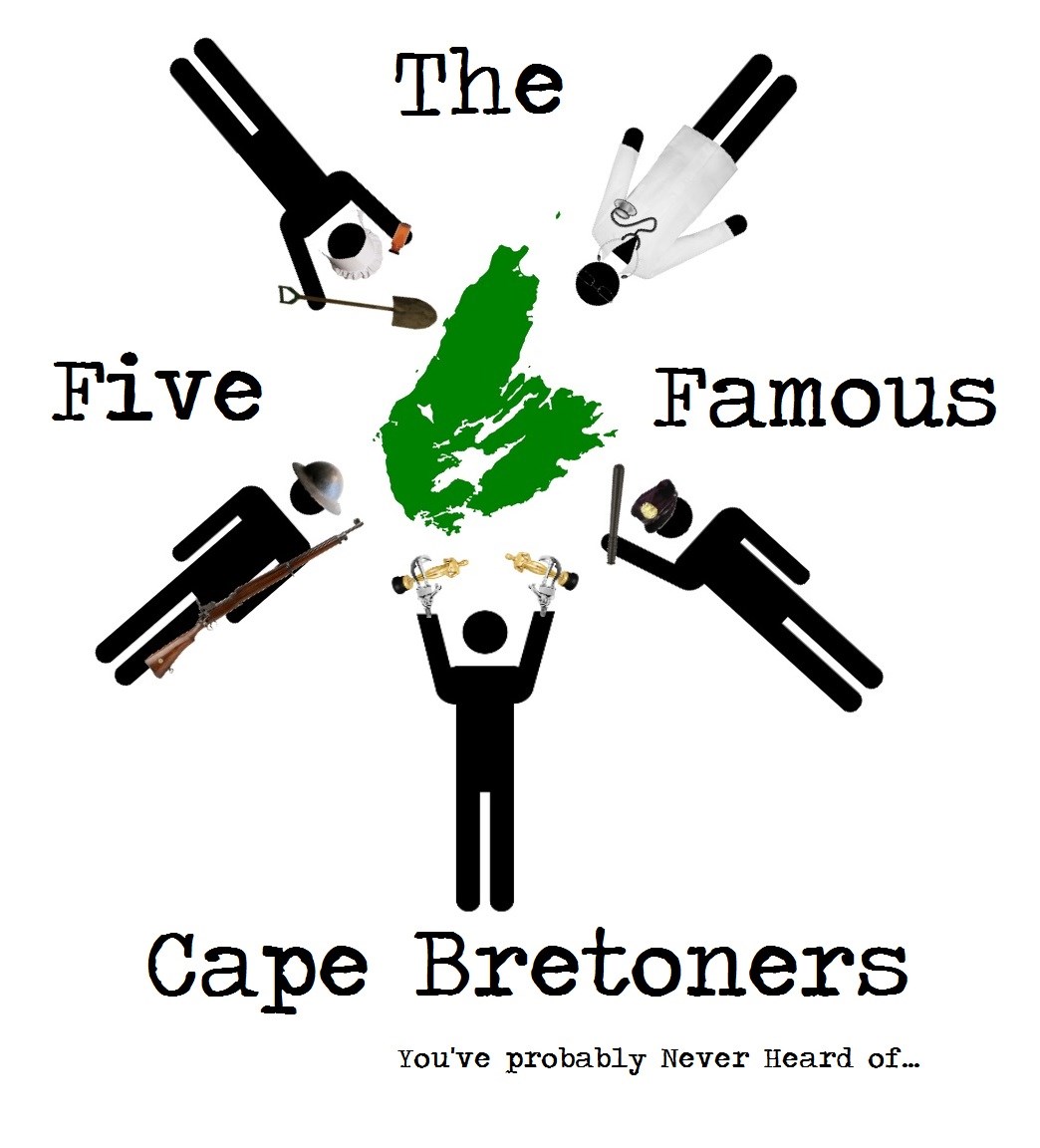 Women have a funny way of being left out of the history books. Whether it's due to lack of opportunity, or having their contributions downplayed by the the men in their lives, it's hard to say. What we do know is that Marie-Henriette "Granny" Ross never had the opportunity to be downplayed by her husbands, because they had the pesky habit of dying within a fortnight of the wedding. For a woman who became a folklore hero for healing the sick and keeping people generally not-dead, Granny had a horrible track record of keeping her husbands alive. Apparently knowing how to swim wasn't high on the priority list of early settlers to the waterlogged New World of Île Royale. But I'm getting ahead of myself. If I'm to tell the story of the medical trailblazer "Granny" Ross right, I have to go to the beginning, all the way back to her parents in Acadia.

Living as an Acadien in the 18th century is regularly described by historians as "a rough go." Along with the daily challenges of snowstorms, bears, and a complete lack of modern infrastructure, the Acadiens had to deal with periodically and abruptly getting shipped back to Europe for reasons beyond their control. Granny Ross's parents were two of these Acadiens kicked out of Canada during The Great Expulsion between 1755-1764, during which Acadien refugees experienced a 53% fatality rate.

Wait.....what? How have I not heard about this? I realize most of my education was in America, but when half of your political refugees die in deportation, you're either doing something very wrong, or just don't care about doing something right.  Of the 3,100 Acadiens deported after the fall of Louisbourg in 1758, an estimated 1,649 died of drowning or disease. The middle passage of slaves only experienced an estimated mortality rate of 15%. The British treated the French worse than slaves? Wow. I'm not in the business of comparing historical atrocities, but..... ew. 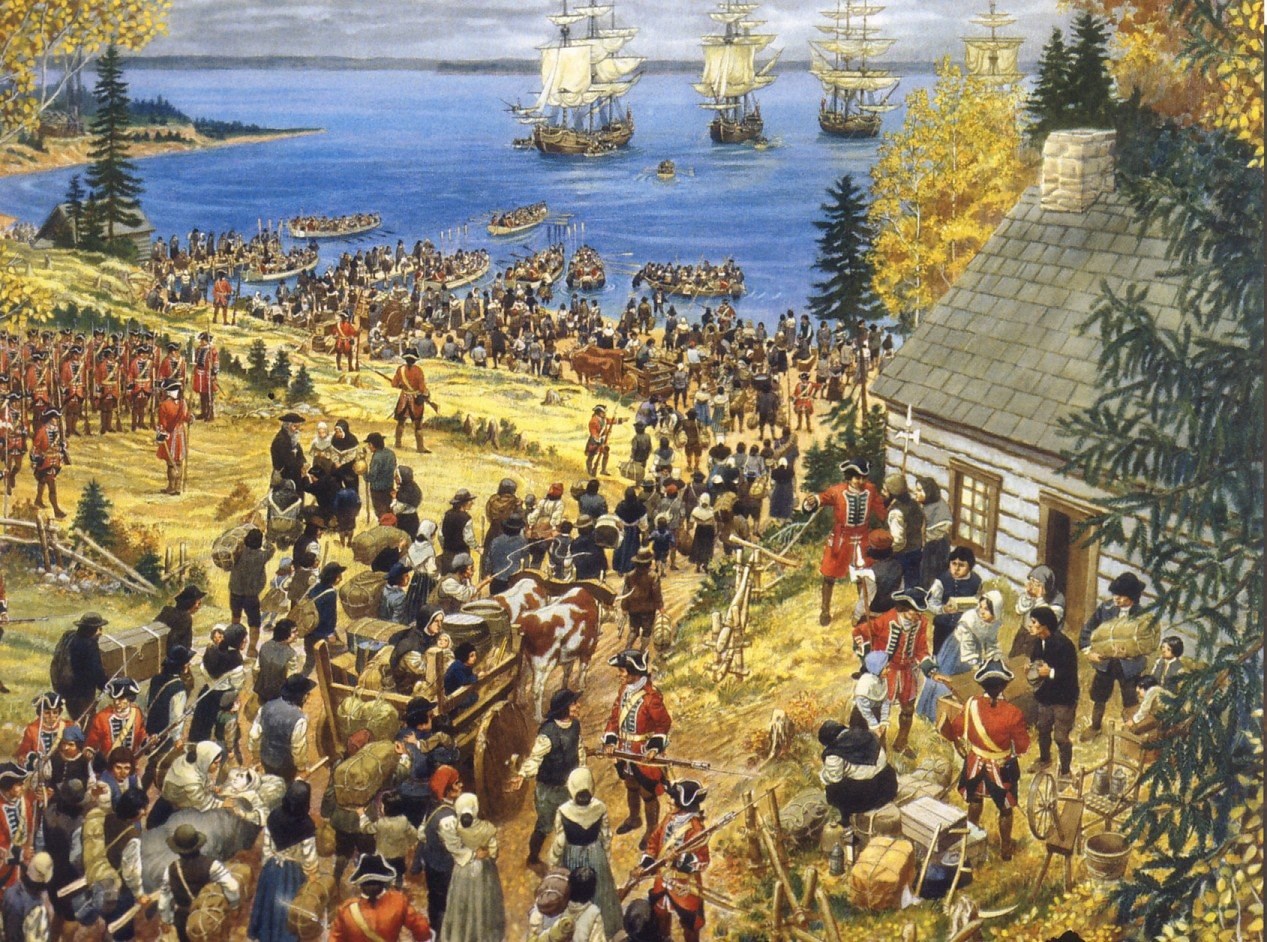 One of the worst cases of "Winners Rule, Losers Drool" in history.

Marie-Henriette LeJeune was born a short time after as a political refugee in Rochefort, France. In 1771, when Marie-Henriette LeJeune was 9 years old, the family returned to Atlantic Canada, only to be deported again in 1778. Now we cannot be sure whether the LeJeune family really loved Atlantic Canada, or really hated France, but like some sort of overly persistent  boomerang, the family returned to the New World, after having their land, money, and livestock stolen by the  British Crown twice already. The British, who didn't have the time or energy to keep shipping the LeJeunes back to France, reluctantly allowed them to stay.

Once arriving in the New World for the second time (third for her parents) Marie-Henriette LeJeune's first marriage ended abruptly, when her first husband, thirty-seven years her senior, promptly drowned. Marie became a widow at 22. Not one to dilly-dally, Marie-Henriette then married her first cousin at a time when it was totally cool to do that sort of thing. Shortly after the wedding, he also drowned. Marie-Henriette was a double-widow at 25. Is being a "double-widow" a thing? At this point, you would think Marie-Henriette was running out of live suitor options, but she remarried at 26 to a Protestant Scottish soldier, James Ross, and settled in Little Bras d'Or.

Now I'm not sure you've heard about the whole "Protestant/Catholic Thing," but it used to be a pretty serious deal. For a French Roman Catholic with a Mi'kmaw Grandmother to marry a Scottish Protestant soldier from America was considered to be a wild and wacky arrangement in the 1700's. It created the kind of multiculturalism you can usually only find at a Farmer's Market buffet. But it was precisely this unusual collision of civilizations that made Marie-Henriette the pioneer healer she's famous for. The very reason I'm writing about her today.

She mixed Mi'kmaw traditional medicine with modern European practices to create teas, poultices, and salves to heal people. She walked miles from her home in Little Bras d'Or to her French, Gaelic, English, and Mi'kmaw neighbors to deliver babies, aid the sick, and comfort the dying. See, Marie-Henriette was a midwife, who healed people, as opposed to doctors of the time, who didn't leave the university and just bled people to death while taking notes. But it wasn't until a smallpox epidemic hit Little Bras d'Or did Marie-Henriette Ross go from a neighborhood midwife to the local folk hero, Granny Ross. 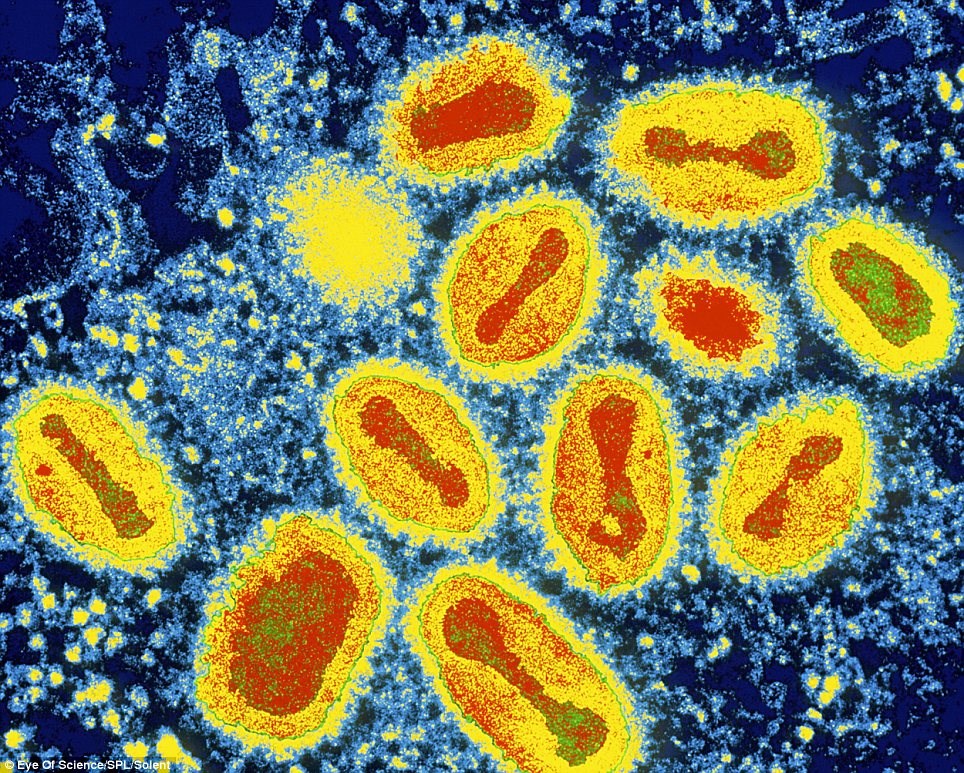 This is not modern art. This crap will ruin your day.

A note on Smallpox:

Smallpox sucks. It can be transmitted through the air, which blows because air is pretty much everywhere. If you're ill-fated enough to catch smallpox, you experience a fever, vomiting, and rashes over your entire body. A few days later, red spots appear all over you, and then start leaking pus everywhere. If you're lucky, scabs form over the pus craters, eventually fall off, and leave deep, pitted scars in their place. If you're unlucky, you'll be part of the 30% of people that die within the first two weeks of the infection. 300-500 million people died this way in the 20th century alone. You probably won't catch it though, because in one of the greatest scientific achievements of mankind, humanity collectively eradicated smallpox off the face of the Earth, except for a few random vials in the National Institute of Health's storage room. Seriously.

With this in mind, you would think Marie-Henriette would have said "nope!" turned around and gone home the second she heard there was a smallpox outbreak in Little Bras d'Or, which is precisely what she did. Except she added the bizarre step of inviting every diseased person in town to follow her like some sort of deranged Pied Piper. She put every infected individual in her cabin and cared for them at night, while taking their pus to inoculate townspeople during the day.

Of all the achievements of "Granny" Ross, one that is rarely noted is her powers of persuasion, which I think is a shame. You've heard the old saying "He could sell ice to an Eskimo?" I think they should change it to "She could convince people to cut themselves open and insert diseased pus into their otherwise healthy bodies." In the 1700's inoculation was not a common practice in larger European cities, let alone the backwoods of Little Bras d'Or. Leading medical minds of the time didn't even know why it worked. It just did. Granny Ross's practice of quarantining and inoculating a deadly outbreak is practically the same response we have today. The fact that the people of Little Bras d'Or were getting more modern medical care in the 18th century than people in Rome or Paris is a testament to Granny Ross's ability to keep people alive.

People let her do this, and they didn't know why.....what?

Not impressed by a midwife curing a deadly epidemic? How's about fighting bears? In Granny Ross's constant struggle to keep everyone not-dead, menacing bears occasionally stopped by to rain on her parade. Lucky for us, Granny Ross knew how to use a shotgun, and dispatched one such bear. Still not impressed? Neither was Granny Ross, apparently. It seemed Granny's first bear dispatching adventure needed a bit more challenge to it, so when a second bear choose to ruin Granny's day, she killed it with a shovel. You know, to make a point.

Granny Ross moved from Little Bras d'Or in about 1802, becoming one of the first settlers in the Northeast Margaree River  valley. Other people, who valued things like health and medical care, soon followed and increased settlement in the area. Granny Ross spent the rest of her life trekking up to 100 kilometers to deliver our great, great, great, great grandparents, and making doctors look incompetent. James Ross died in 1825, outliving most of Granny's other husbands by multiple factors. She went blind later in life but that didn't stop her. She got her children and grandchildren to cart her around on a sled in the wintertime and a wheelbarrow in the summertime to deliver babies all over the island.

I asked my dad if you can deliver a baby blind. He was an obstetrician and said "As a rule I wouldn't, but oh yeah. Wouldn't be hard." He seemed a bit too nonchalant about it, if you ask me.

Granny Ross died in 1860, at the age of 96, at a time when most people didn't get past childbirth. She had somewhere between 2 and 11 children, which throws the whole story into question if they can't get that right. In the end, it's hard to say what was true and what wasn't about Granny Ross. It's folklore mixed with fact mixed with fiction, but we do know it's an awesome story about saving lives and killing bears. Just take it all with an adequate sized grain of salt.

That grain of salt seems adequate.

To this day, on foggy, quiet nights in the Margaree River valley, some say you can still see an old woman being pushed along in a wheelbarrow, on her eternal journey to heal the sick...

People Genealogy
View all the LATEST
and HOTTEST posts
View