Many of us who live in Cape Breton have advocated for a new central library for a long time.

It does not have to be a fancy space that you can ski-doo to from the harbour. 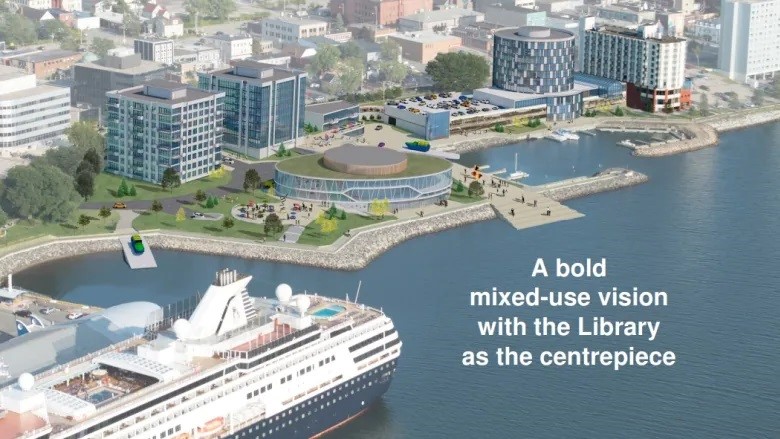 It should be a cultural hub. The Antigonish/Pictou library, for example, has over 100 regular monthly events. Aspiring poets and activists can reveal themselves at open-mic nights, tiny babies can visit other tiny babies and hear about the ABCs, older kids can learn to paint, older adults can do chair yoga – and, yes, there are light refreshments.

There should be books.

Communities of poverty benefit from great libraries because their services are free, and their resources help build stronger families.

I almost spit out my tea when I read that most of the CBRM Council, and Mayor McDougall, have let a project to add services to Centre 200 cut into line in front of the new library project.

CBRM is responsible for the Sydney library building – for the painted-over windows that will not open; the roof that leaks when it rains – staff put out buckets as needed; the unbearable heat in the summer (though they will at least be putting in an air conditioning) and more.

But you know, it is the lack of clear communication that has and continues to swirl around this project that could make a library supporter cry into their soup.

Derek Mombourquette, the MLA for Sydney/Whitney Pier, has stated that if CBRM Council wants to make a new library its priority, then they should do so by telling the provincial government exactly this. Our last municipal government, and yes, it was far less competent than our current one, never did tell the province that their priority was a new central library.

Consultant reports have been completed that state clearly that we need a new central library. Mayor McDougall has said that the provincial and federal governments are more interested in the Centre 200 project. And, MP Mike Kelloway is on the record saying that he is not aware of any preference for the Centre 200 project over the library project at the federal level.

So what is happening?