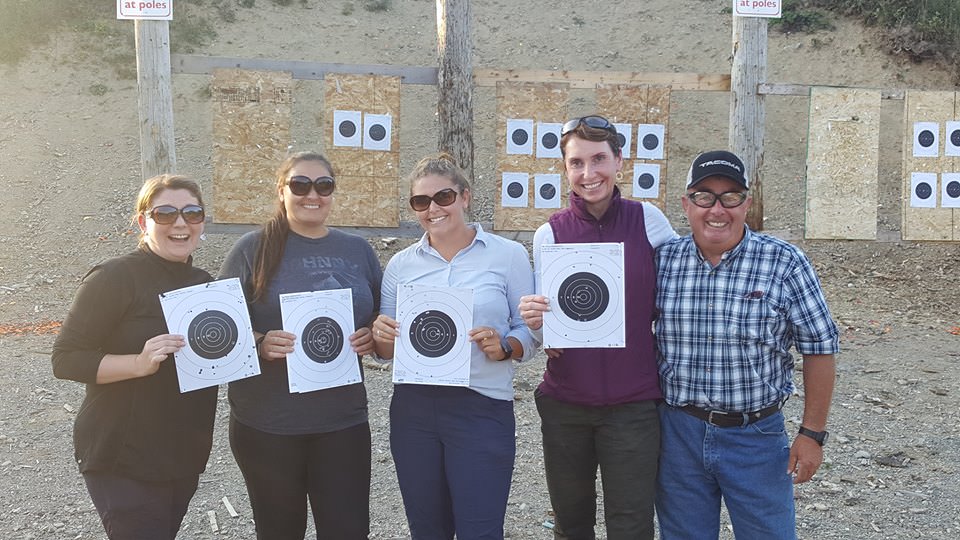 Picture above are (left to right) Amanda Ley, Charlene MacNeil, Amanda Kozera, Gail Whalen and Range Safety Officer Mel Howley. They are just a few of the over 30 Ladies the Metro Rifle and Pistol Club had the honor of hosting for it's first ever Ladies Night on Aug 29. Judging by the smiles I'd say the night was a success.

With all the negative news we hear about handguns and gang violence the Executive of the Club thought it might be nice to expose some of the public who are non shooters to the other side of handguns. The Metro Rifle and Pistol Club has nearly 500 members in Cape Breton, some of whom are Provincial Champions and National Champions who have represented Cape Breton by shooting in Competitions Nationally and Internationally. We regularly send teams to Halifax to compete in the Olympic disciplines of 25m and 50m Pistol as well as 10m Air Pistol and have had members travel to Ontario this summer for Nationals as well,bringing home a Gold Medal for the 50m team event. Some of the Ladies who shot at our Ladies Night showed great potential and,with some training and practice, could be serious competitors on the Provincial and National stages.

Shooting is a historical Canadian pass time for millions of families in this Country and our Ladies Night brought out several mother/daughter duos as well as groups with sisters and cousins,others who were friends and coworkers and even one lady in her senior years visiting from Germany who wanted to check shooting a pistol off her bucket list.

Seen below are the Mother/Daughter duo of Deanna Richardson and Symone Plowman with Range Safety Officers Ryan Ledrew and Gary Latimer instructing. They both did great and had a fun Mother/Daughter night. 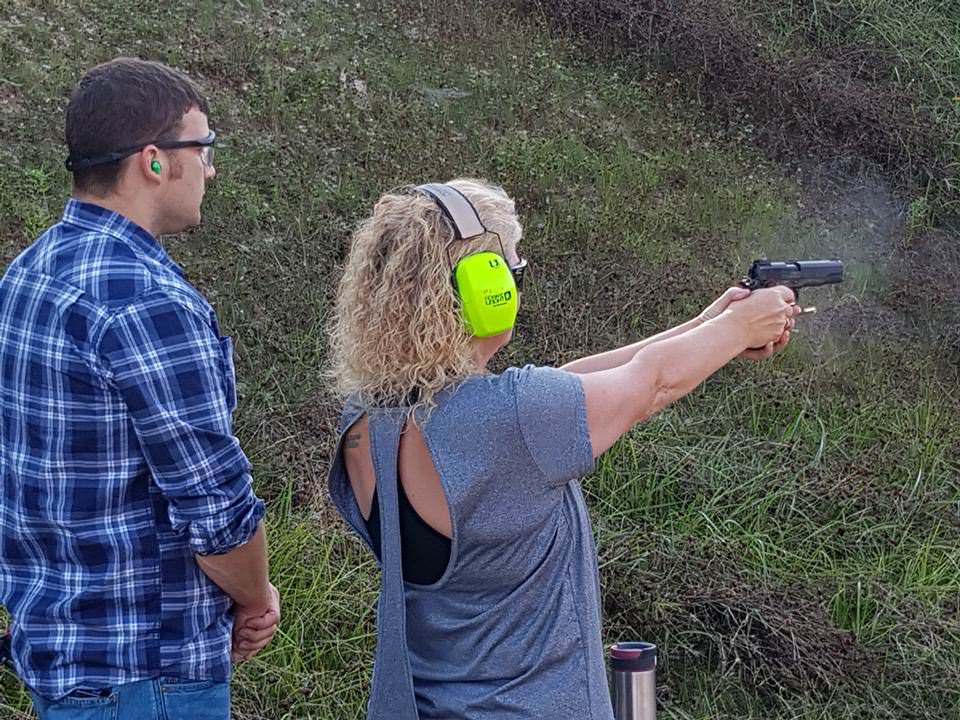 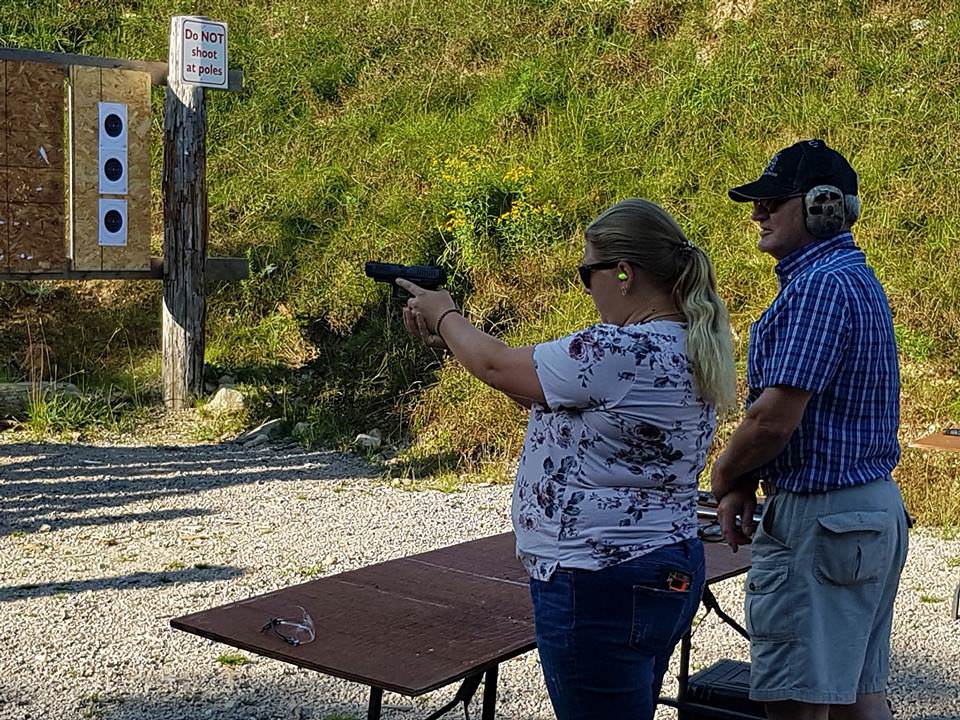 The response from the public was more than the Club expected with over 30 women registering for the night in less than 24hrs causing us to shut down our registration link in order to keep things at a safe and manageable number of shooters at the range. From the steady stream of requests coming in it looks to be something the Club will have do again.

Posted by Henry Maxwell
Share your news and events for free on goCapeBreton.com
SHOW ME HOW