Mira Road boy, Lawrence Lelievre paid his dues in his musical career since he moved away from Cape Breton in 1978, returning in 2012 making Cape Breton home again.

Lawrence grew up going to the French Club & Elks Club in Sydney, where his parents were members attending rumpus room parties, better known as kitchen parties listening to Irish Rovers, and many other bands who travelled through Sydney.

In 1976, Lawrence attended Riverview Rural High School where he played with fellow schoolmate Tommy Mills in a high school band named “Rage”, playing rock tributes such as Rush. Lawrence then joined the band “Bella Donna” and played at local legions, Moe’s, and the iconic Steel City, where the music community was huge at that time. 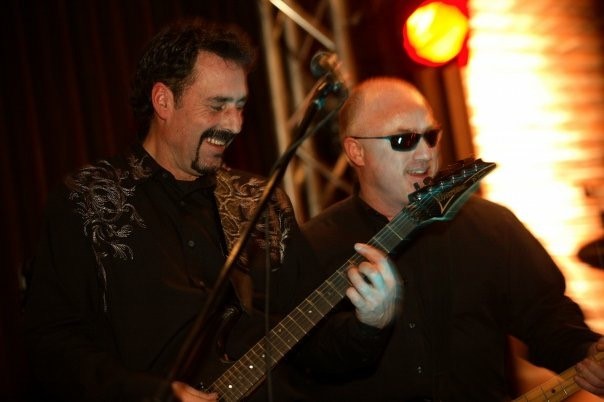 Lawrence along with his friend Billy Fraser decided to head to Calgary in September of 1978. After a failed attempt, flying to Toronto and spending all their money at live music bars along Yonge Street listening to the serious cover bands of the late 70’s, their thumbs went out and they hitch hiked to Calgary. Lawrence met up with a few musicians and decided to start his own band “Xciter” playing the C & B circuit of Alberta. By 1982, “Xciter” made a name for themselves, selling out shows and they were able to travel between Winnipeg and Vancouver playing A circuit bars, but being on the road for over 300+ days, really took a toll and Lawrence decided to call it quits.

Los Angeles had a booming music scene in the late 80’s, Lawrence made the decision to pack up and head down to L.A in 1986 to see what opportunities lay ahead. Living in a beach community outside Hollywood, Lawrence met like minded musicians in the area, and landed a spot playing bass in a 70s & 80s hair rock band called Centerfold.

A few weeks later, Centerfold started playing The Roxy in West Hollywood, during the same years as Gun’s & Roses and Jane’s Addiction were on the scene. The band was picked up by a Hollywood agent, where the opportunity of recording at Cherokee Studios was in the near future, same studio Ringo Starr recorded “Stop and Smell The Roses” & Michael Jackson recorded “Off The Wall”. Unfortunately, Centerfold’s lead singer had a serious lifestyle challenge, and the band was dropped from the agent and lost out on future endeavours. 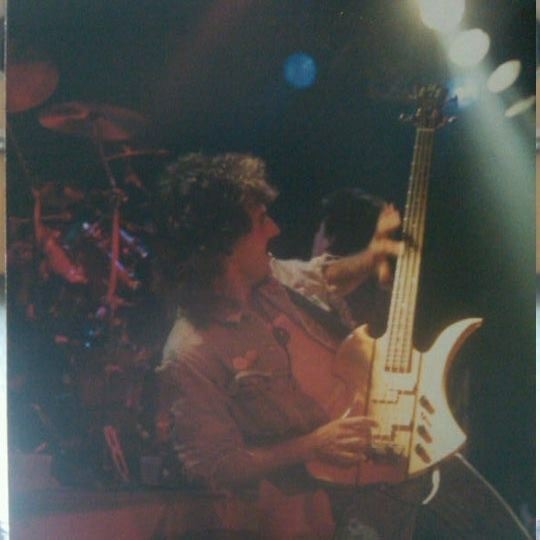 The grunge music scene was in full swing in Seattle, and in 1992-93, Lawrence decided to start looking around that area, and jumped into a few bands around the area and was in full force with the rehearsal halls and the live music bars. After experimenting with some studio work back in California, he was able to get involved in the studio atmosphere in Seattle with doing studio work in Paul Allen Studios, co-founder of Microsoft. Lawrence gained interest in recording and started to acquire recording equipment & software to start a home recording studio of his own.

The vision was to have the musician approach of studio recording, working one on one with different students in the area, being able to provide them with a hands on experience. Besides getting heavily involved in the studio process, Lawrence decided to begin guitar more than bass and get into playing churches, being part of church orchestra’s, and in bands like Off-Suit & Palace Revolt.

Cape Breton was calling his name, Lawrence re-kindled his long lost high school love Barbara, and decided to move home in 2014, where he was fortunate enough to belong to the blues band Guilty Party, where they were able to play at different venues and festivals in Cape Breton.

In the past year, Lawrence has been able to put his dream to life and built a home recording studio called LJL Studios, offering Acoustic, Electric, & Bass Guitar Lessons to beginner and intermediate students.

Lawrence understands the full circle of a musician from learning the basic chords, performing in-front of a crowd to recording the first demo. While students are taking lessons from Lawrence, they will be in the music studio environment where they can surround themselves with all types of instruments and technology, learning the process of studio preparation & production and have a fun experience. Follow Lawrence & LJL Studio on Facebook Below!