Canada has many nicknames: "The People's Republic of Canuckistan," "The Barren Tundra of Beaverville," "The Mysterious Land of Sorry." Unfortunately, many of these nicknames have more to do with our neighbor to the South than any describable personality quirk of our own. "America's Hat," "America 2: Electric Buggalo," and this:

Indeed, explaining to foreigners how we're not American, or America's pet, is not fun or easy. We do not have drastically different accents or clothes. Our sports teams regularly play each other. Our border crossing feels more like a practice run for a "real border." We are even forced to staple flags to our backpacks, because our cultural identity isn't instantly discernible. What do we tell them? "We're the colder one." "We're the one with free healthcare." "We're the one that doesn't install dictators in South America."

Because of our recent Federal election, and America's upcoming Presidential election, one description of Canada is gaining credibility within the international and domestic community. It is

"We're the sensible ones."

I'm speaking, of course, about the American Presidential run of one man: Donald Trump. 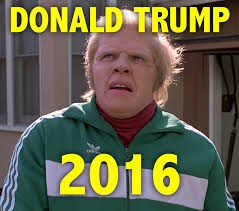 I've lived in America for some time, and I think it's my personal duty to explain why America is currently dealing with this political sideshow at their highest level of government, so Canada does not fall prey to a similar, inglorious fate.  These are The Four Reasons Donald Trump is Politically Relevant and Leading in Republican Polls, but for the sake of a catchy title, I will call it: 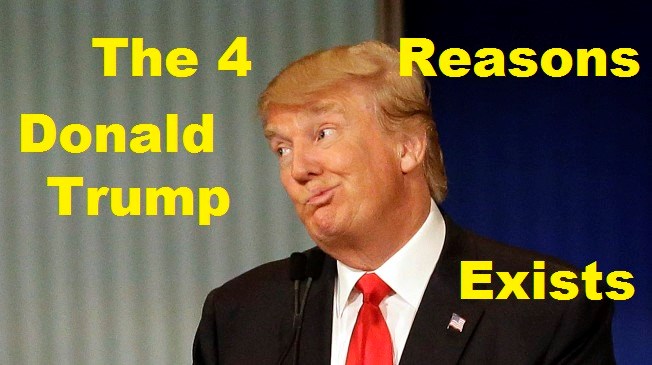 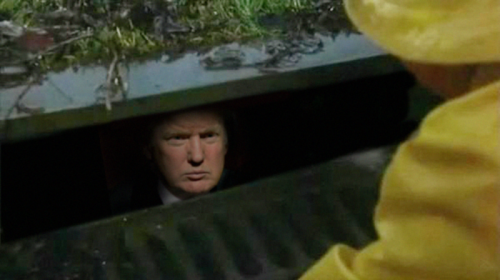 In the 1960’s, The Republican Party, in response to the repeal of Jim Crow Laws, The Civil Rights Movement, and desegregation, enacted the Southern Strategy. A strategy of appealing to racism and xenophobia to win the Southern States.

The results? Well, here’s a map of the 1960 presidential election. 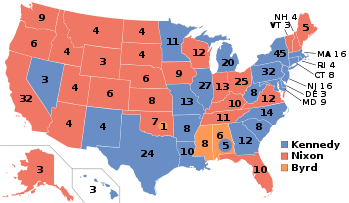 And here’s a map of the 1968 presidential election. 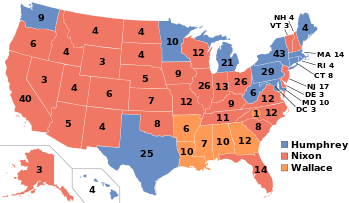 The South has been reliably red for almost 50 years now.

Unfortunately, what the Republican Party, the traditional party of small government and deregulation, didn’t foresee was that appealing to racism and xenophobia is much the same as condoning it, and the more comfortable a racist feels, the more racist they tend to become.

Reason #2: The Fragmentation of the Media 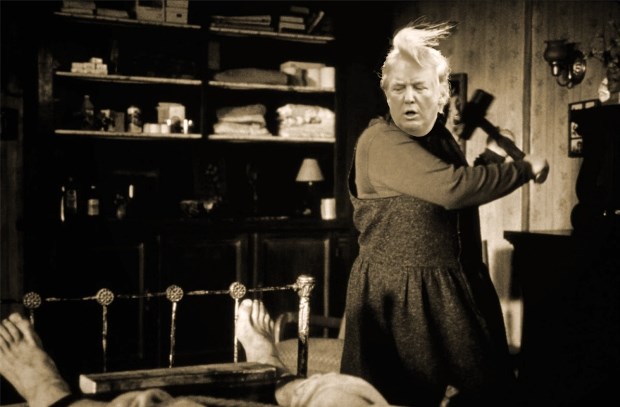 In the 1960’s there were 3, 30-minute nightly news shows dedicated to national coverage, with Walter Cronkite being the most trusted man in America. At the time, most people received their news from much the same sources, so the American narrative was somewhat stable. Also, Networks at that time delivered news for prestige over profits. News operations generally operated at a loss. 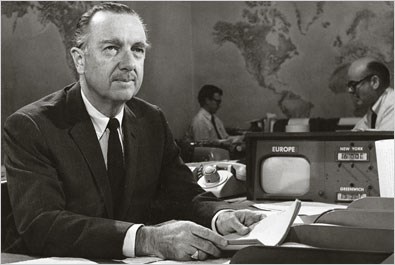 Today, we have countless news sources to choose from, on television, the internet, and even print. What’s worse is that they are expected to make money, and since Ronald Reagan’s revocation of The Fairness Doctrine in 1987, these sources have found a new way to increase ratings. Catering to their viewers’ worldviews. 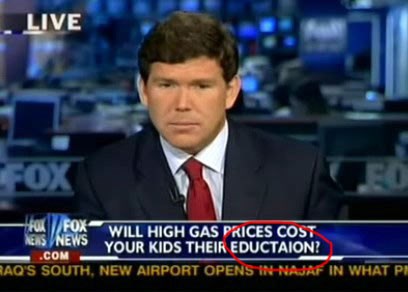 How do kids pay for their eductaion? Is it with gas?

It turns out what people want from their news isn’t clear and objective journalism, but rather to solidify their own beliefs by having “trusted sources” parrot their own opinions back to them. And with as many news sources as America has, you can find just the one to cater to your own biased, fictional idea of what you believe America to be. This has caused the right to move right, the left to move left, and nobody agreeing on anything because they’re talking about two totally different stories. 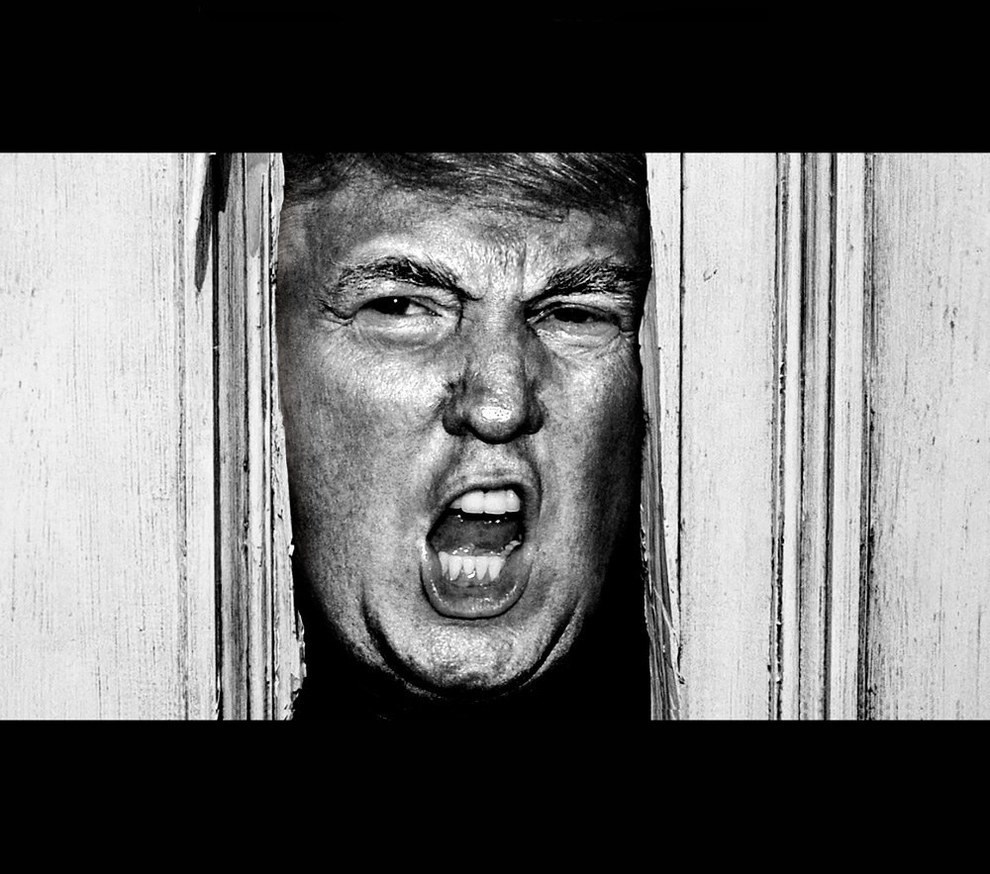 So now, every American election cycle has fewer and fewer independent, non-partisan voters to appeal to. Most people are either Democrat or Republican, and there aren’t many ways to change their minds. So how do you win elections when everybody has already decided who to vote for, and moderates are few and far between? Well, at that point the winner is decided by whichever candidate gets the most voters off the couch and to the polls, and nothing motivates voters more than good ole fashioned hate. 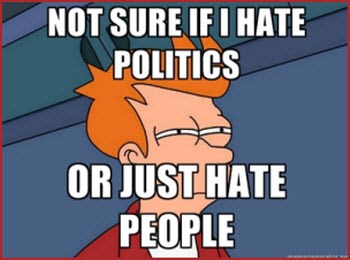 Yes, both Democrats and Republicans are guilty of making you hate and fear the leadership of the other, pushing sensible Americans even further into their respective political corners. And as the number of undecided voters shrink, the less logical platforms you hear, and the more demonizing you see.

This has caused a certain brand of Republican to yearn for an anti-Obama, in which case, Donald Trump is everything you could have ever asked for. 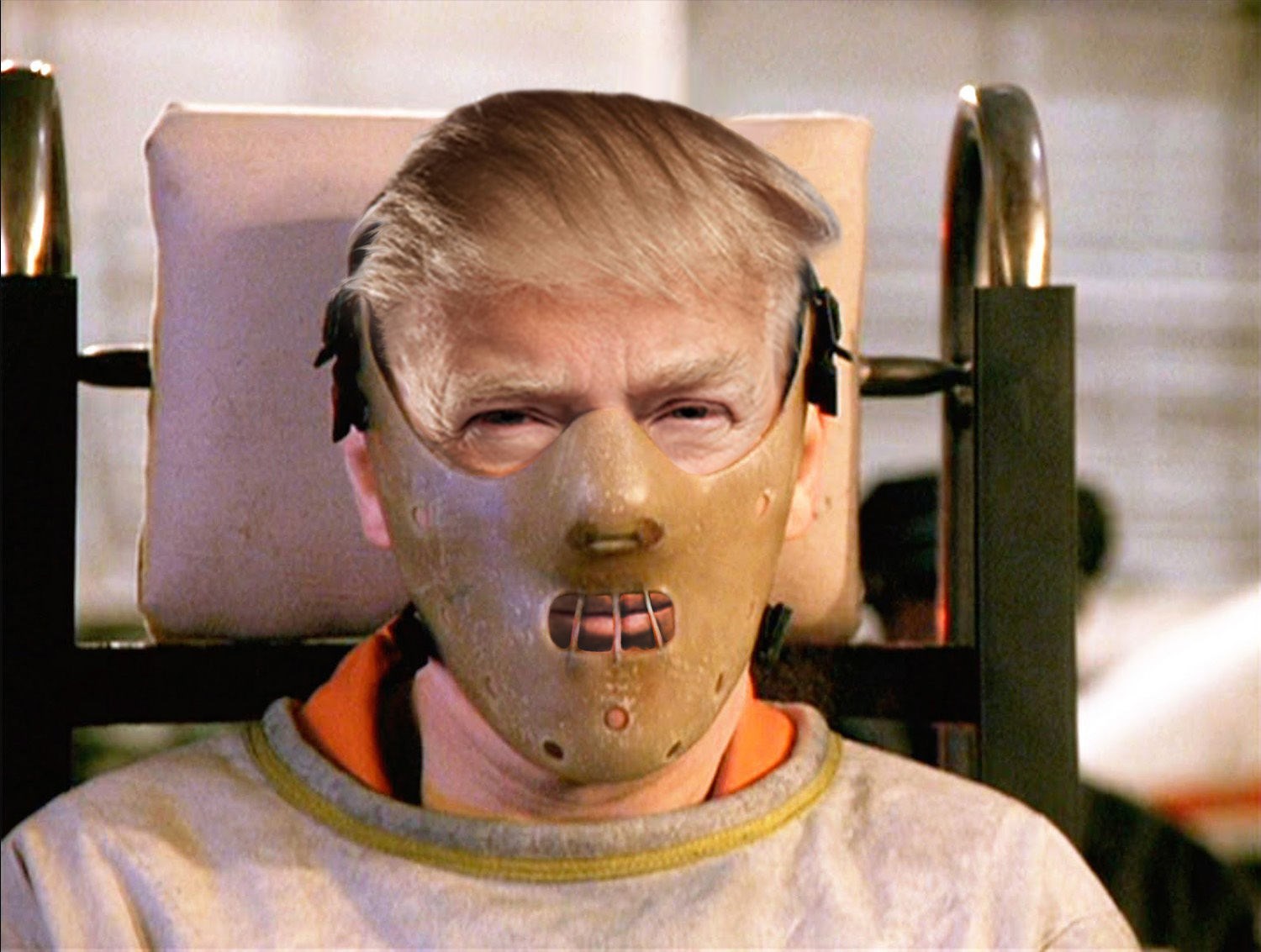 Donald Trump’s base is mostly comprised of older white men with no college education. There is a reason for this. Last week, America raised its interest rates for the first time in a decade, because the economy is bouncing back, along with the job market. Jobs that aren’t bouncing back, however, are manufacturing and production jobs, mainly held by less educated, older white men.

In the 1970's a white male in middle America could graduate from high school, walk down to the Ford/Chevy/Chrysler plant, and get a job on the production line that could pay for a house, 1.5 kids, and a wife that would stay at home and discover the ancient mysteries of baking. If you've been outside you house in the last 20 years, this probably sounds like a fairy tale, but to many Americans, "It's how life should be." Well it isn't anymore, and it's not coming back anytime soon.

So who is to blame for the loss of these jobs? Globalization? International trade deals? Automation? Nope! Brown people, of course! And Donald Trump isn’t one to let this complete and unfounded misdirection of blame go to waste. When he walks to that podium to label Hispanics as “rapists” or ban Muslim immigration, he doesn’t do it because it's wise public policy. He spouts this despicable nonsense because it’s what his base wants to hear.

Older white men are watching their power, status, and privilege slip through their fingers, and Donald Trump is promising to give it back. This is, of course, impossible, but it doesn’t stop them from dreaming. 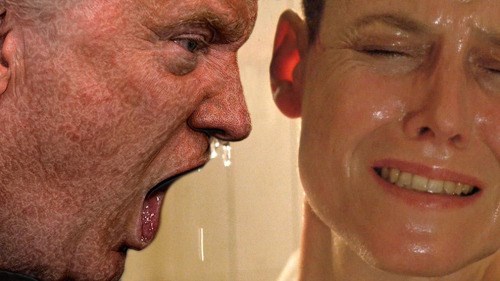 What does this all mean? Well, it definitely means the older Republican establishment has completely lost control of their party. It probably means Hilary Clinton is America's next president. It might mean that the Republican Party has some soul searching to do, but their track record as of late has been more about doubling-down than self-doubting.

But in the end, here I am in Canada, watching the circus of our Southern neighbor and thoroughly enjoying the show.