In September of 1992 on Prince Edward Island, 22 North Atlantic Islands gathered to attend a conference entitled "An Island Living." Some of the islands in attendance included Cyprus, Guernsey, Iceland, Isle of Man, and everyone's favorite fake continent, Greenland. It was at this meeting that Cape Breton made two startling discoveries.

As you can imagine, this was a lot like showing up to a potluck without the sweet and sour meatballs. As the Azores and Bermuda lauded their flags over our politically dependent Island, the Cape Breton delegates decided that an official flag was in order. 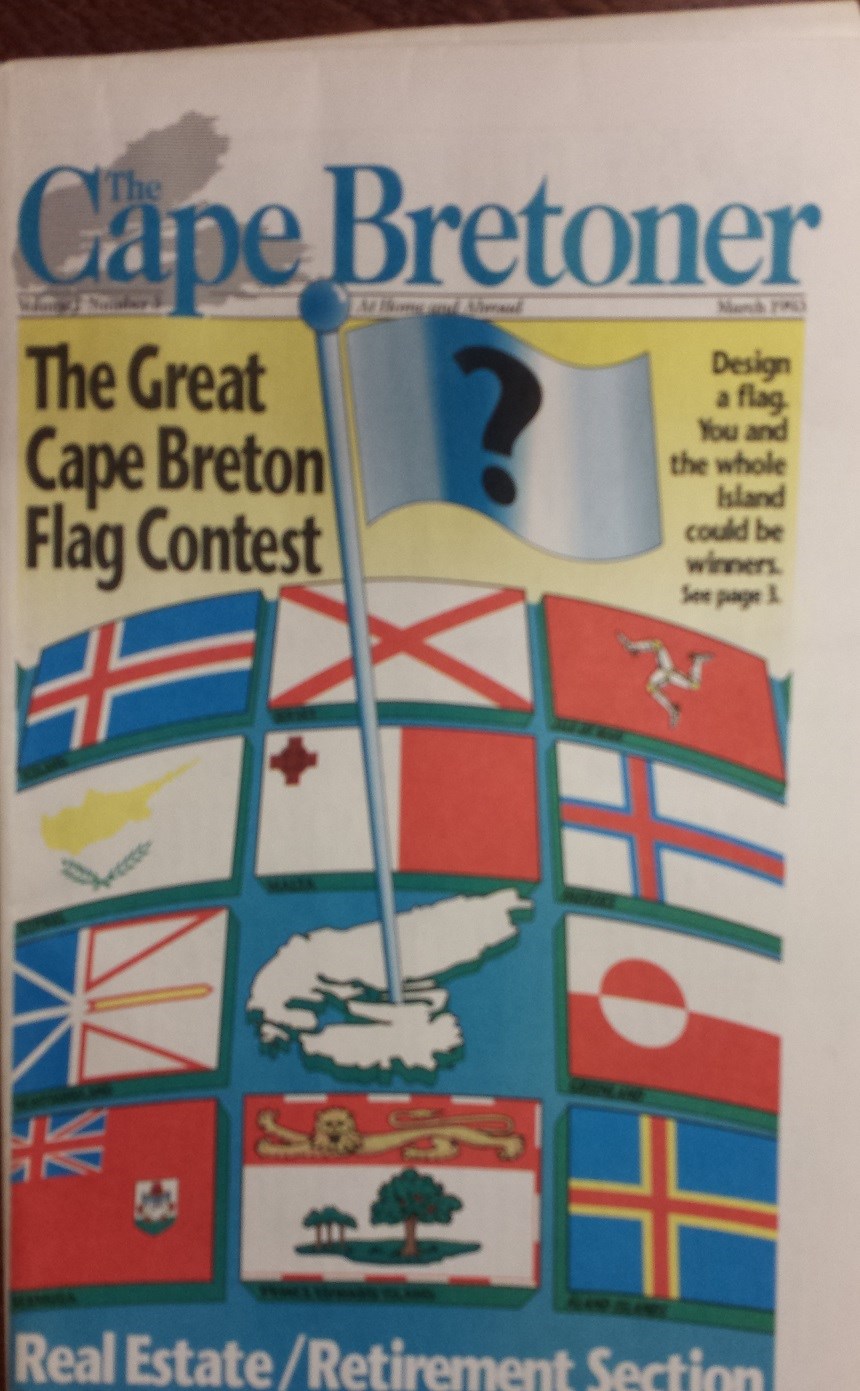 With the help of The Cape Bretoner Magazine, K94, ATV, City Printers, and the Lyceum Heritage Society, the delegates launched The Great Cape Breton Flag Contest. The competition was launched on February 15th, 1993, with a grand prize of $1000 and the winning design to be declared the official flag of Cape Breton Island by the provincial government.

As we all know, this was the winning design. 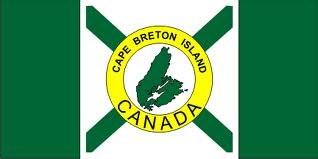 Just kidding. That's a silly fake flag with absolutely no authority behind it. This was the real winner. 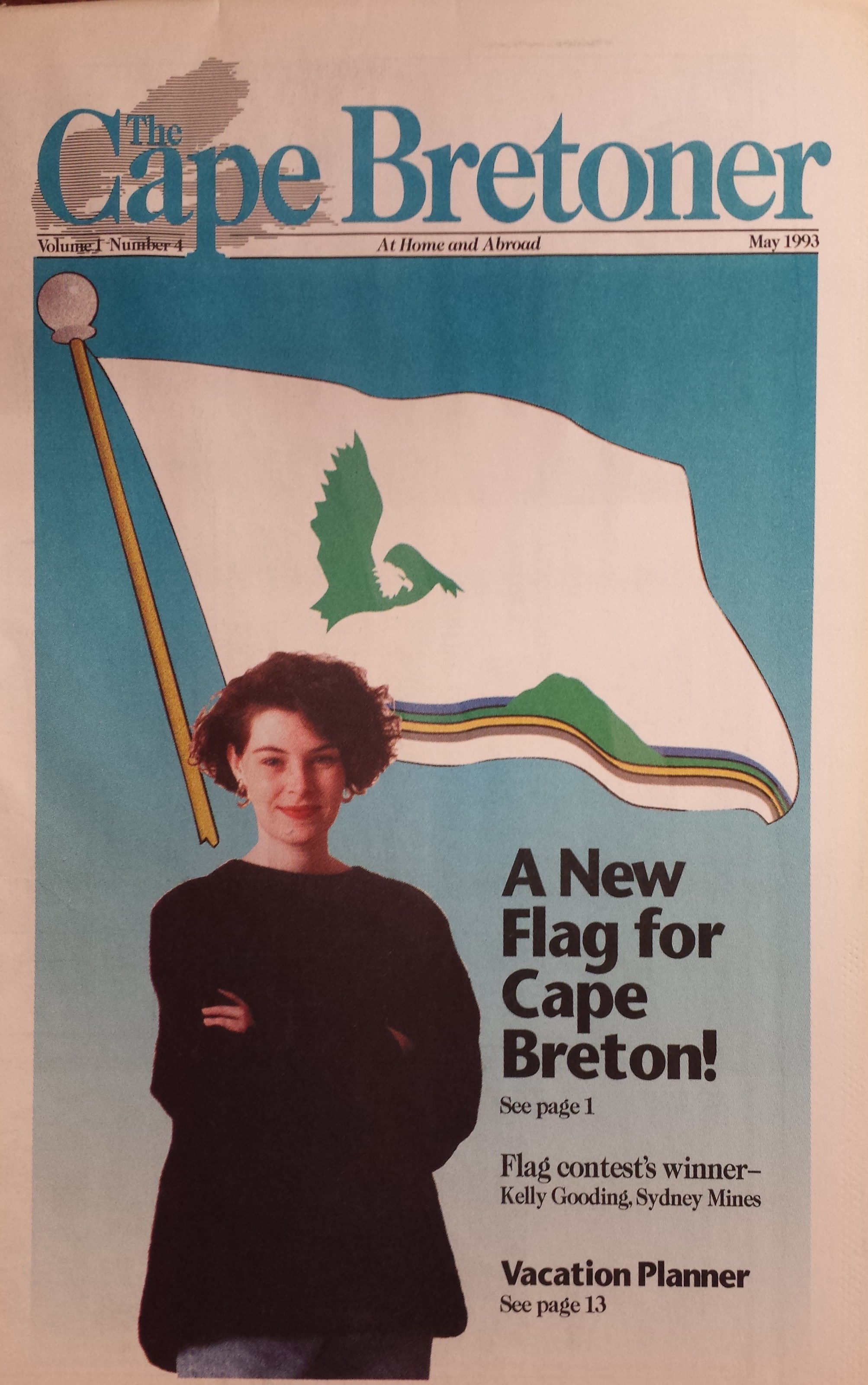 I give you, the official flag of Cape Breton Island! Now, you might be wondering why you have never seen this flag before, even though it has been declared the official flag of Cape Breton by the provincial government. Well, it's because nobody's flying it, you can't buy it, and The Beaton Institute owns the rights of production, and they aren't making it, because there is no demand for it.

But that's another story...

We're not here to talk about winning flags though. Over 2000 entries were submitted to the competition, with most designs never seeing the light of day.

Here are just a few of

(Disclaimer: Most of these designs were created on index cards by grade school children. All pictures were taken by me, and not well.)

First, we have all the second place flags. I have to give credit to the off-centre Scottish cross, with the maple leaf. Also, the lighthouse is pretty slick. We have lighthouses.

From here on out, we're going to group these flags into categories. 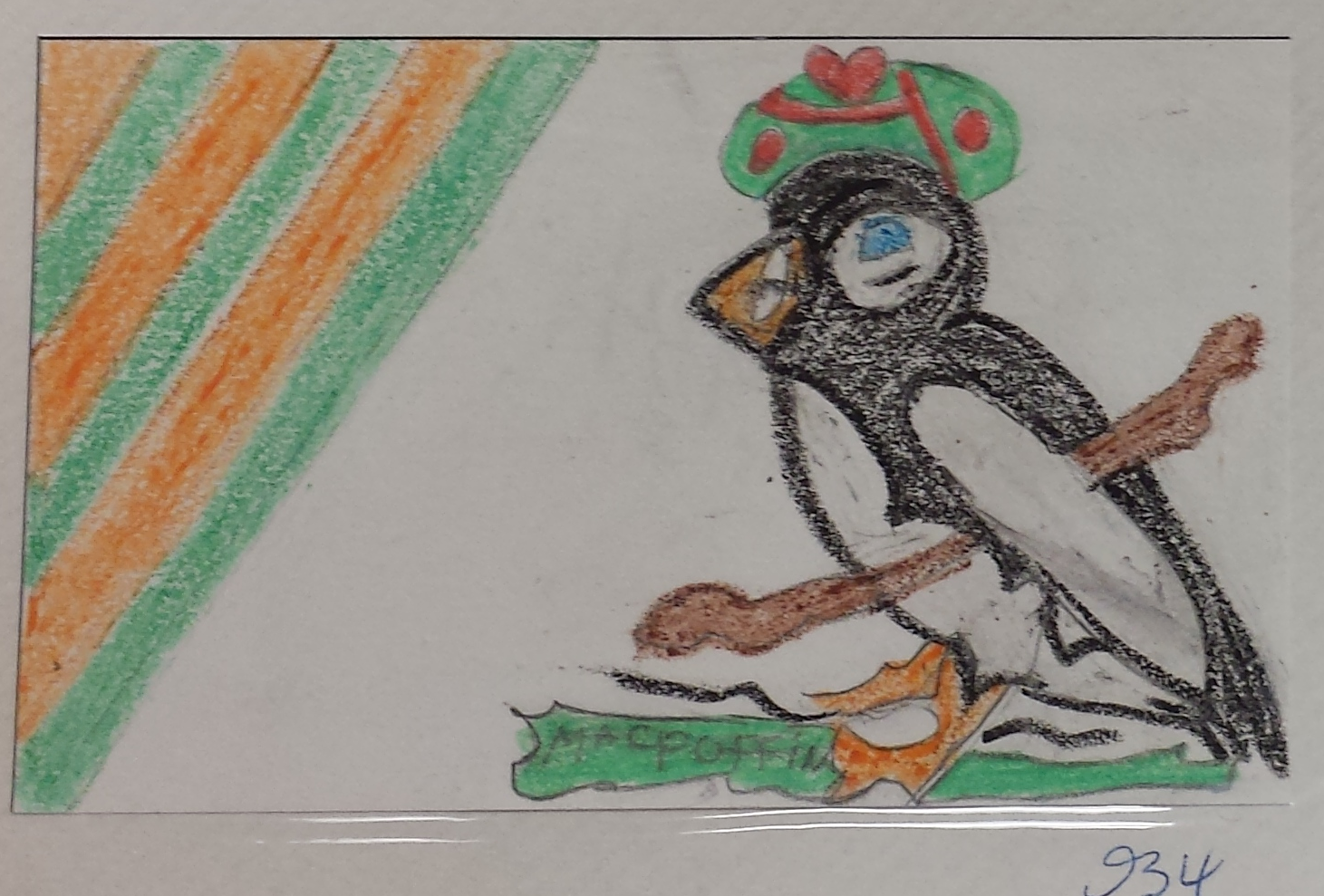 Does this Puffin have a name? I'm gonna call him Angus McPuffPuff! 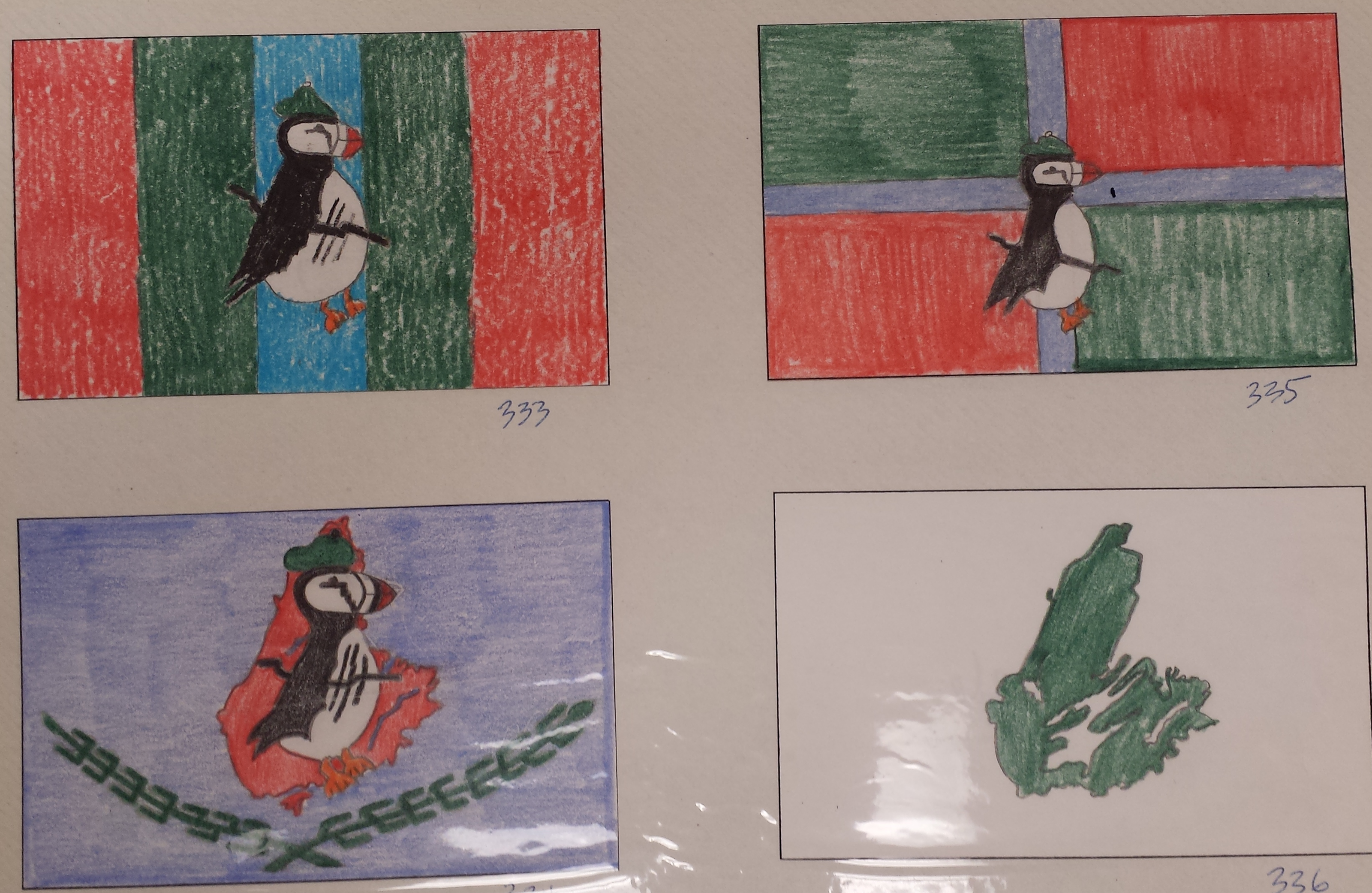 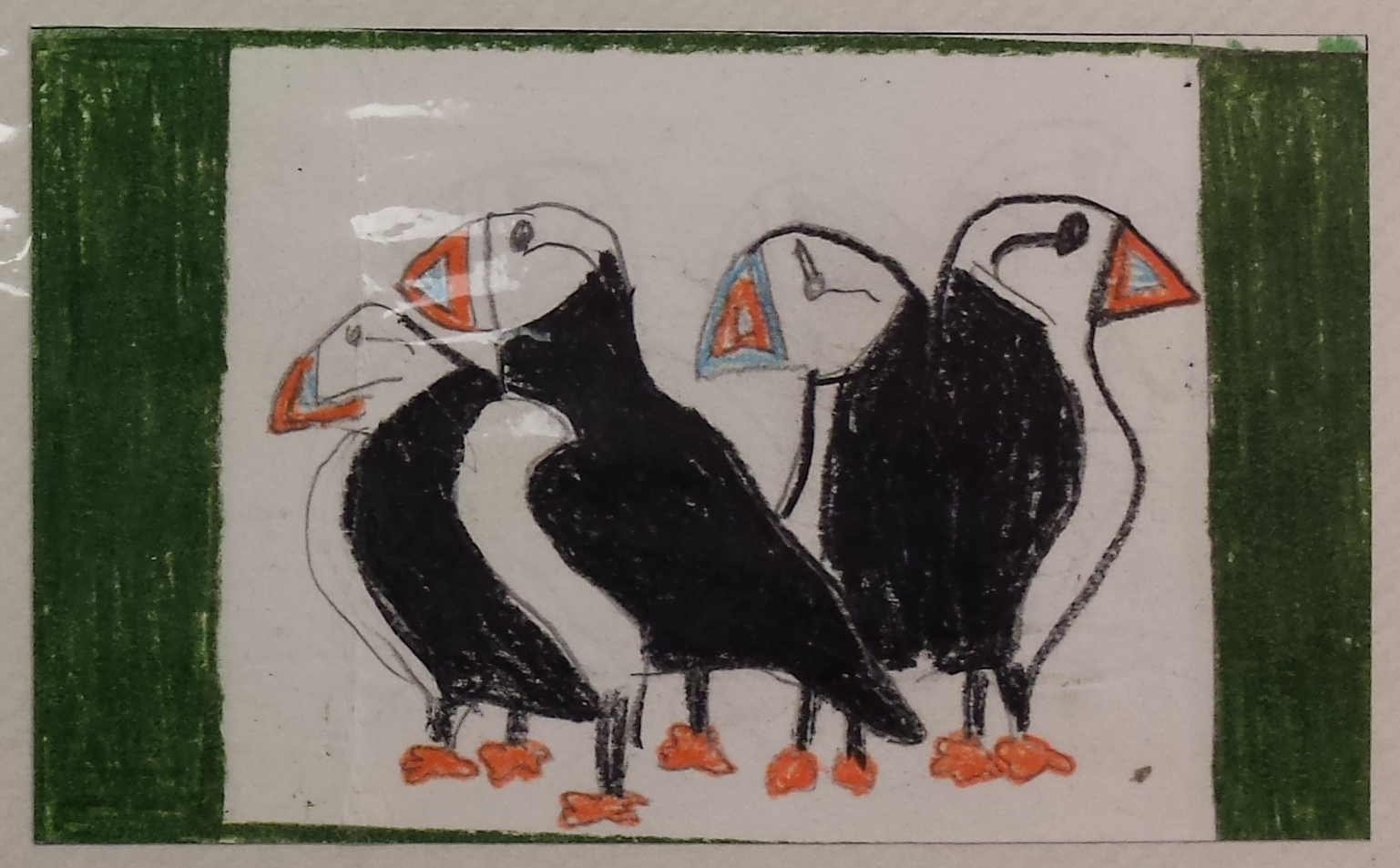 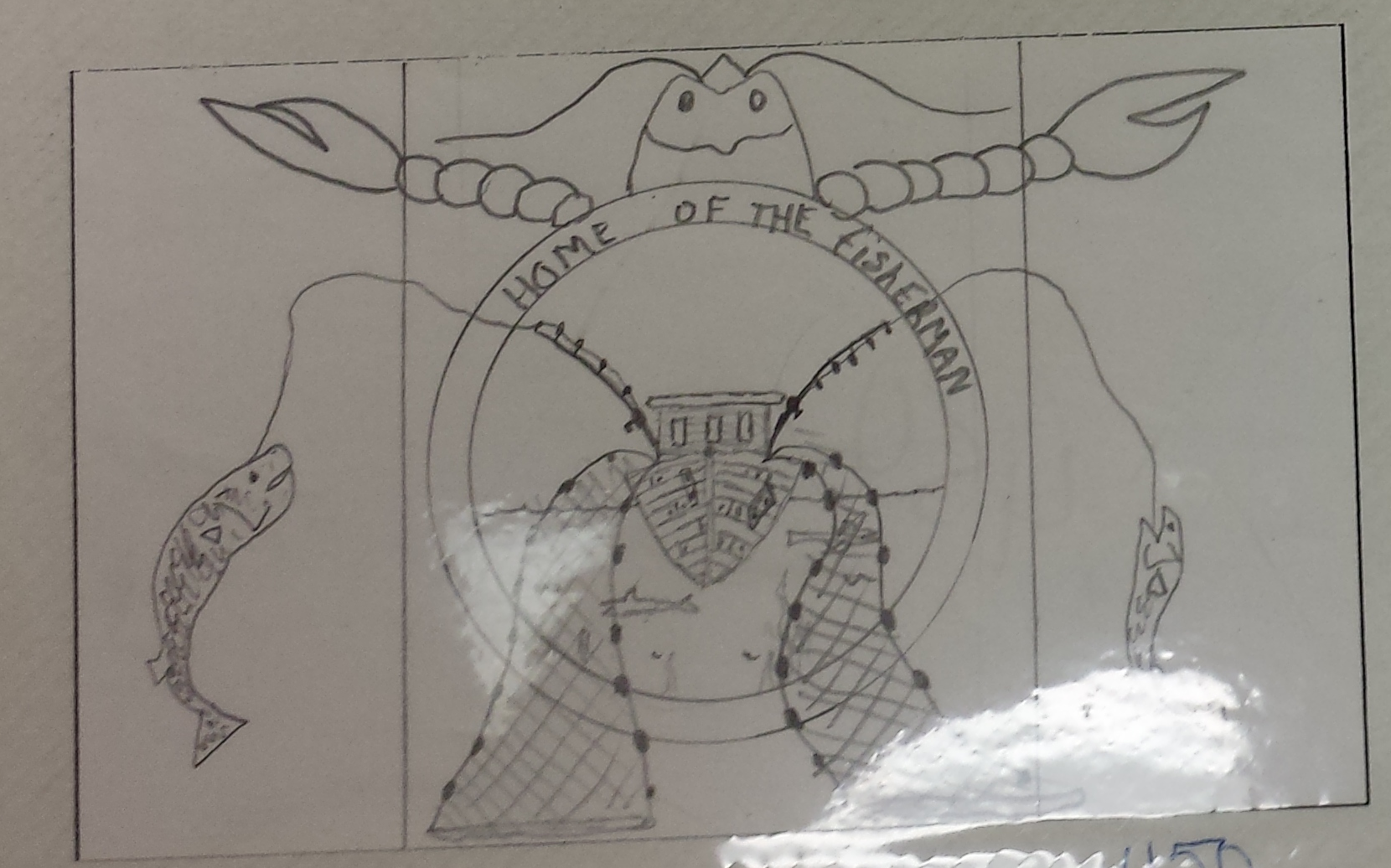 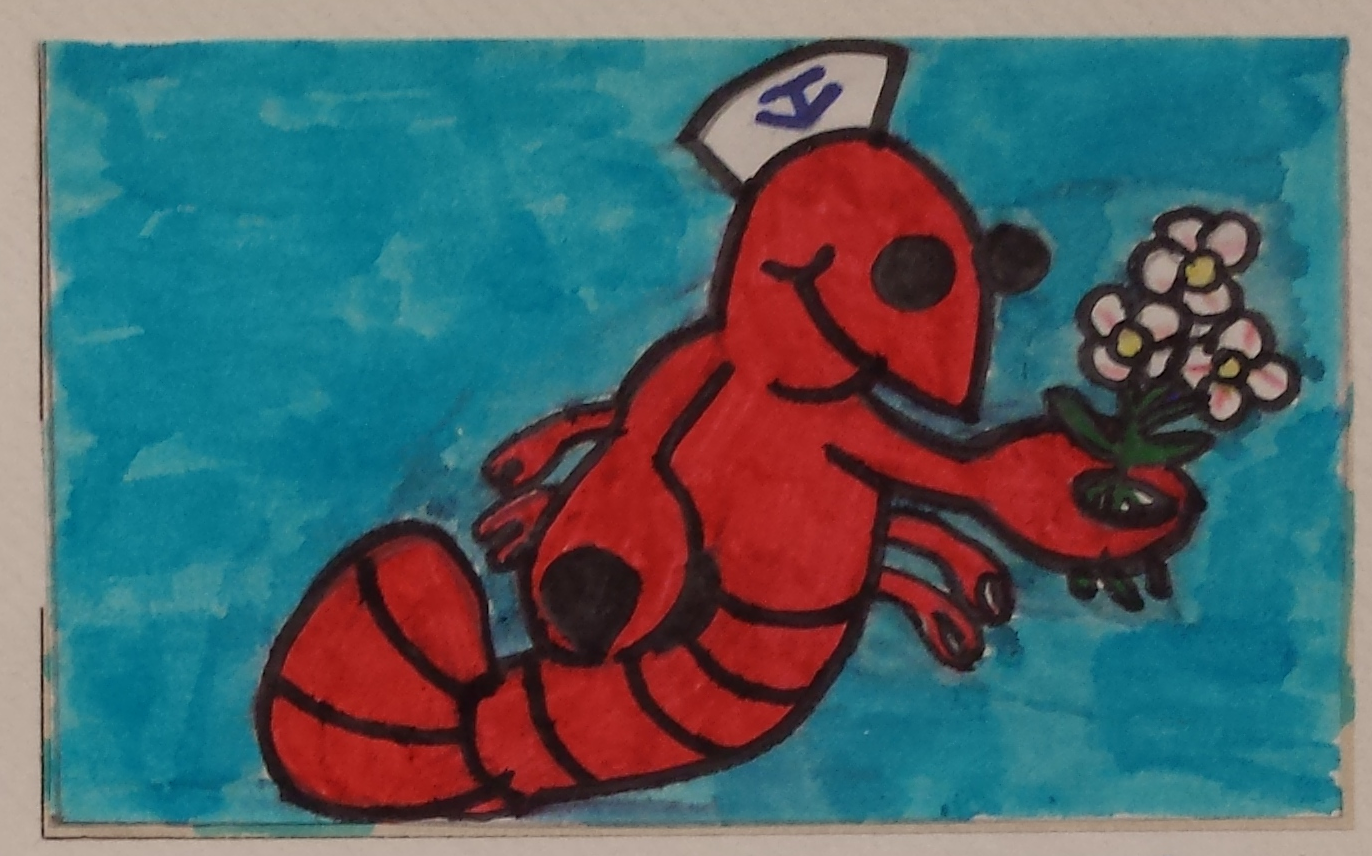 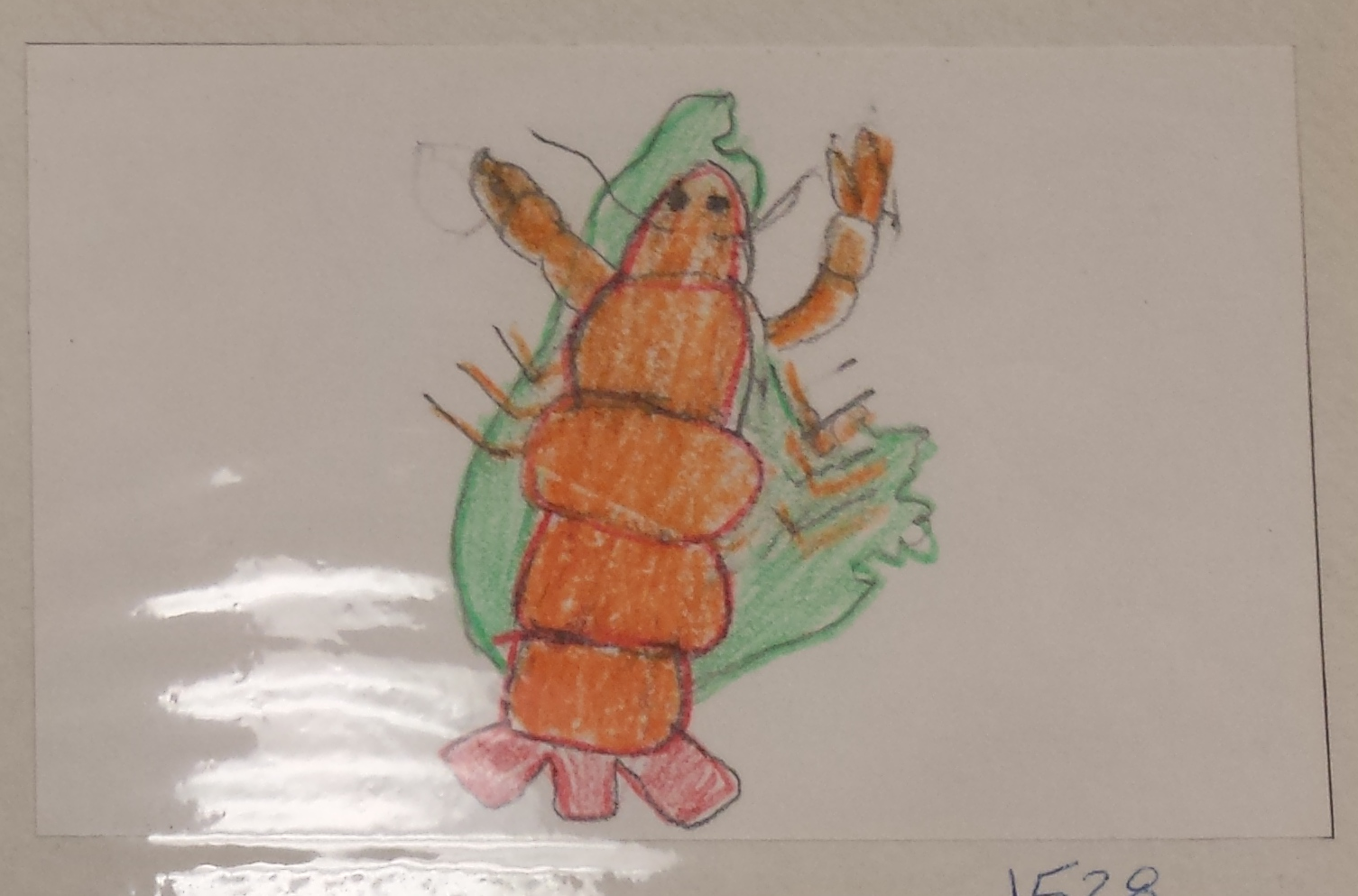 Oh No! We have angered the Lobster Gods!

Why is this even a category? 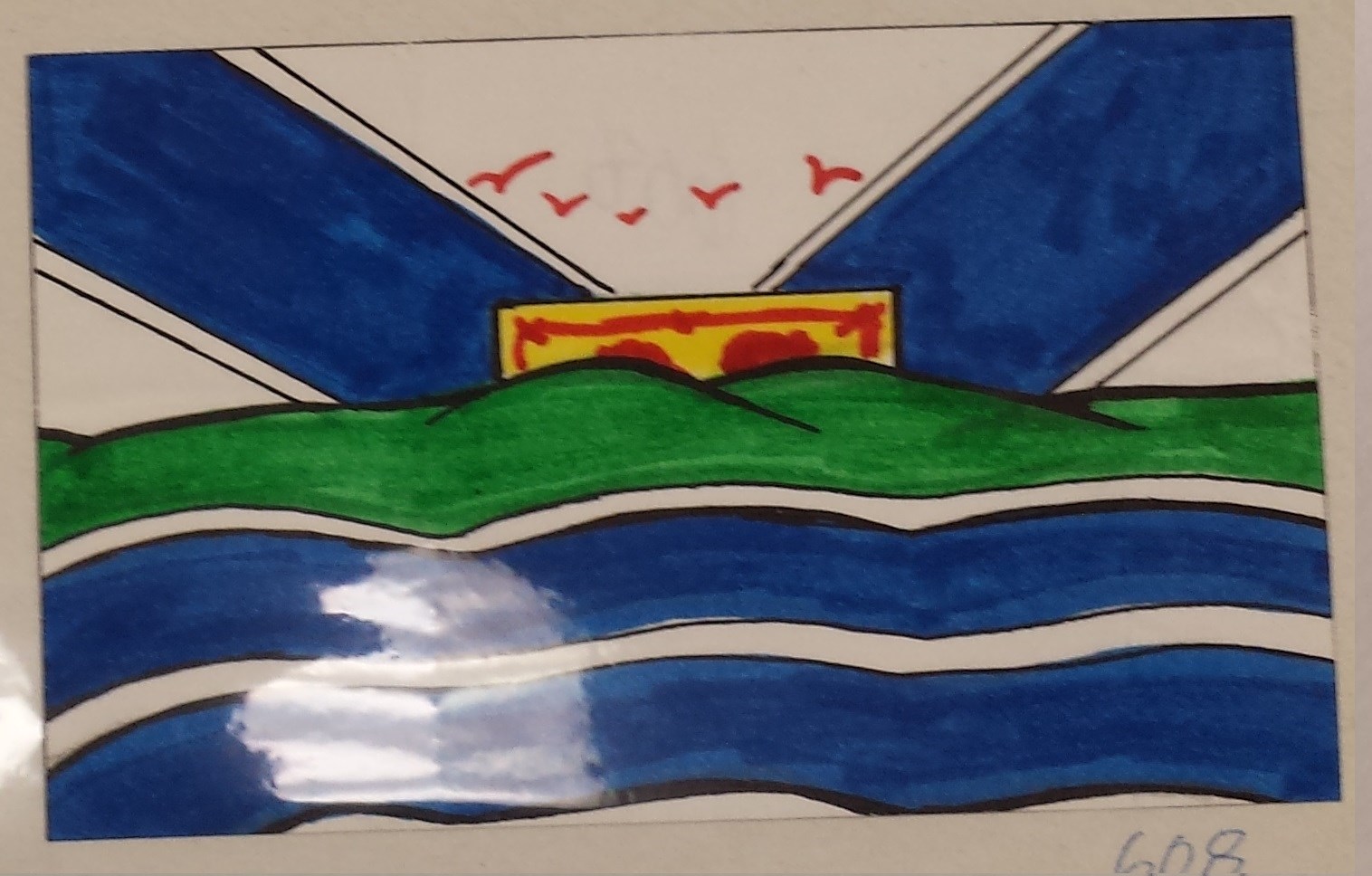 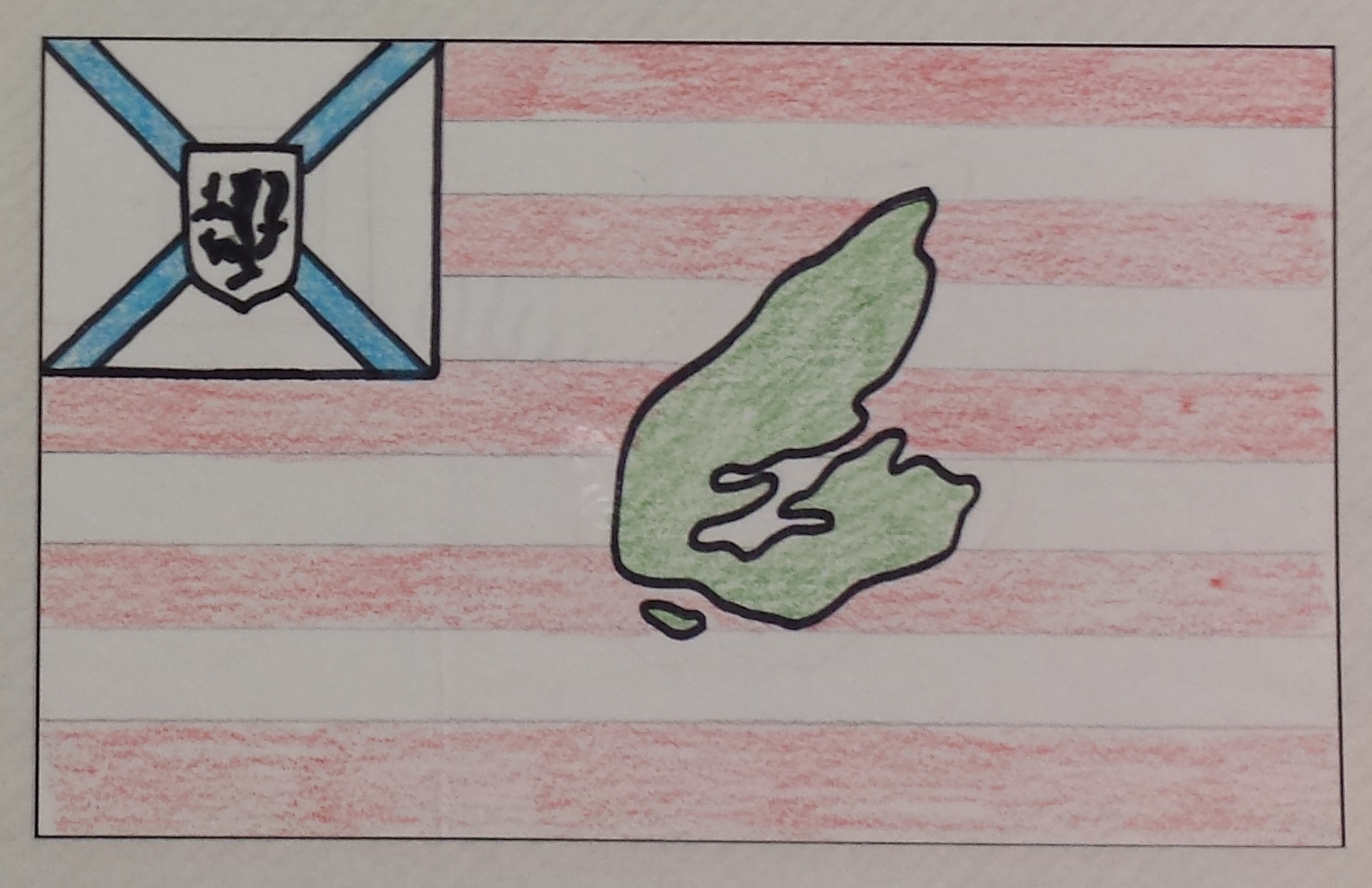 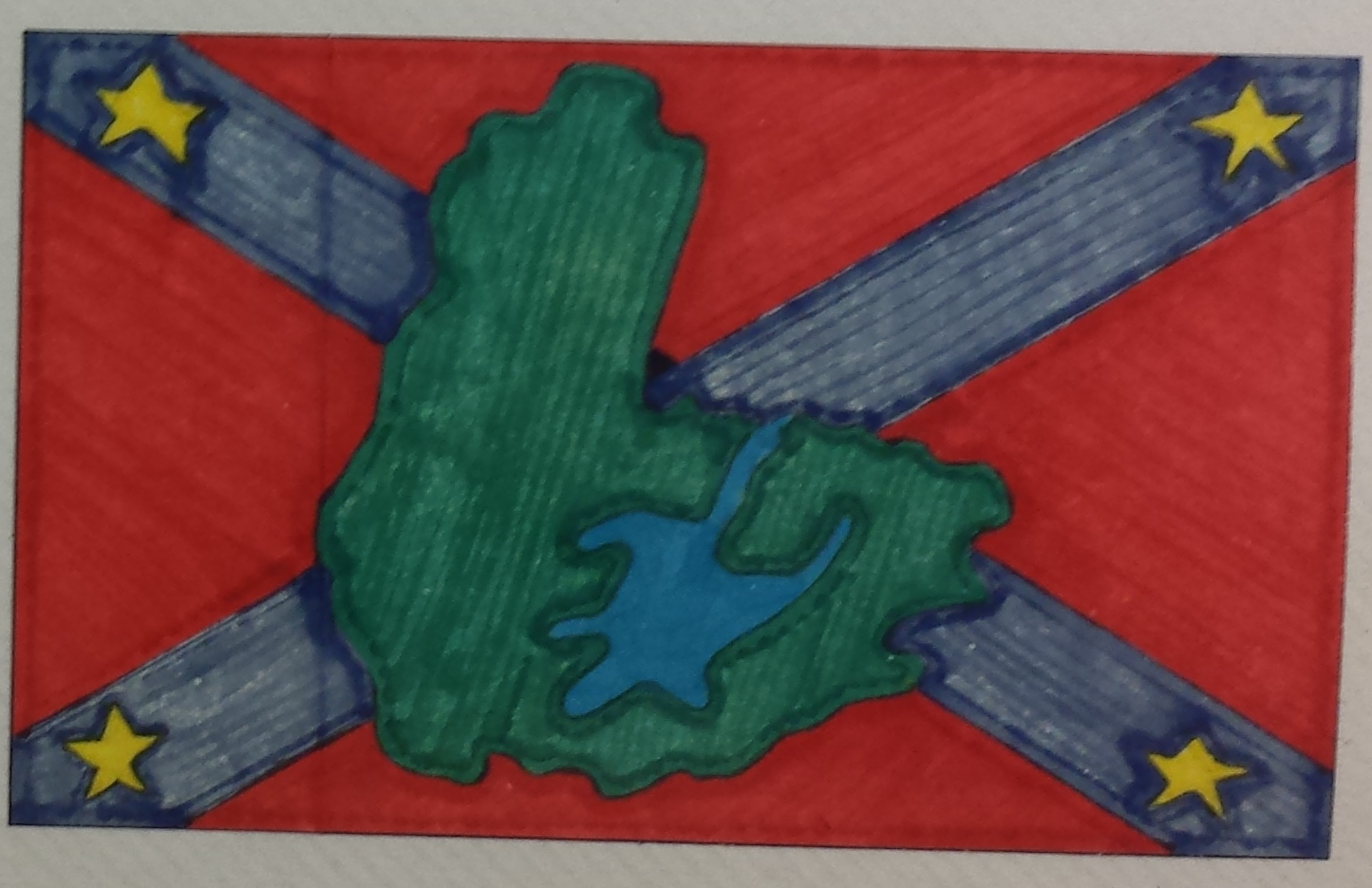 To the creator's credit, The Dukes of Hazzard was still quite popular in 1993. 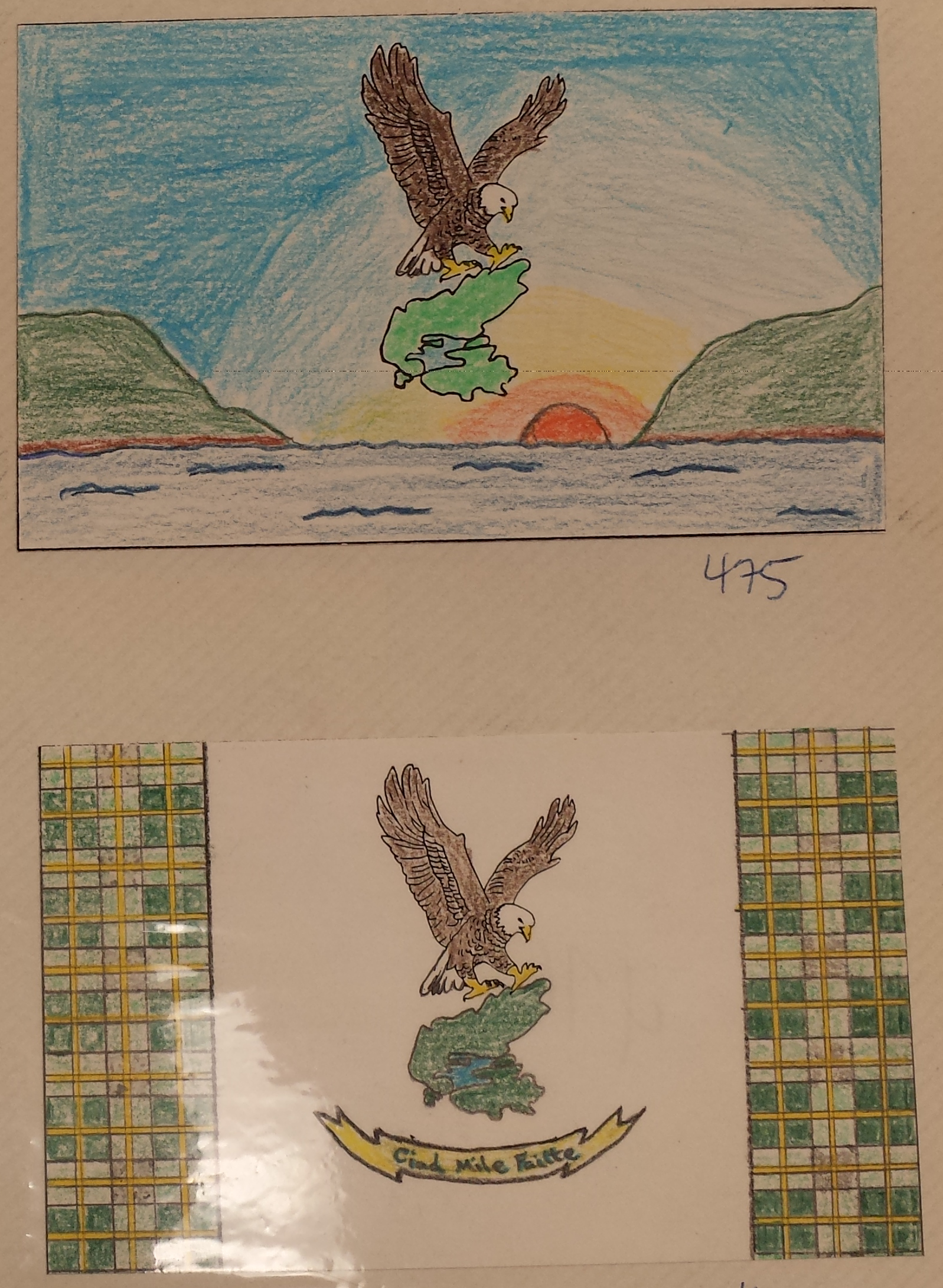 In this metaphor, Cape Breton is a juicy fish being taken advantage of by imperial powers. 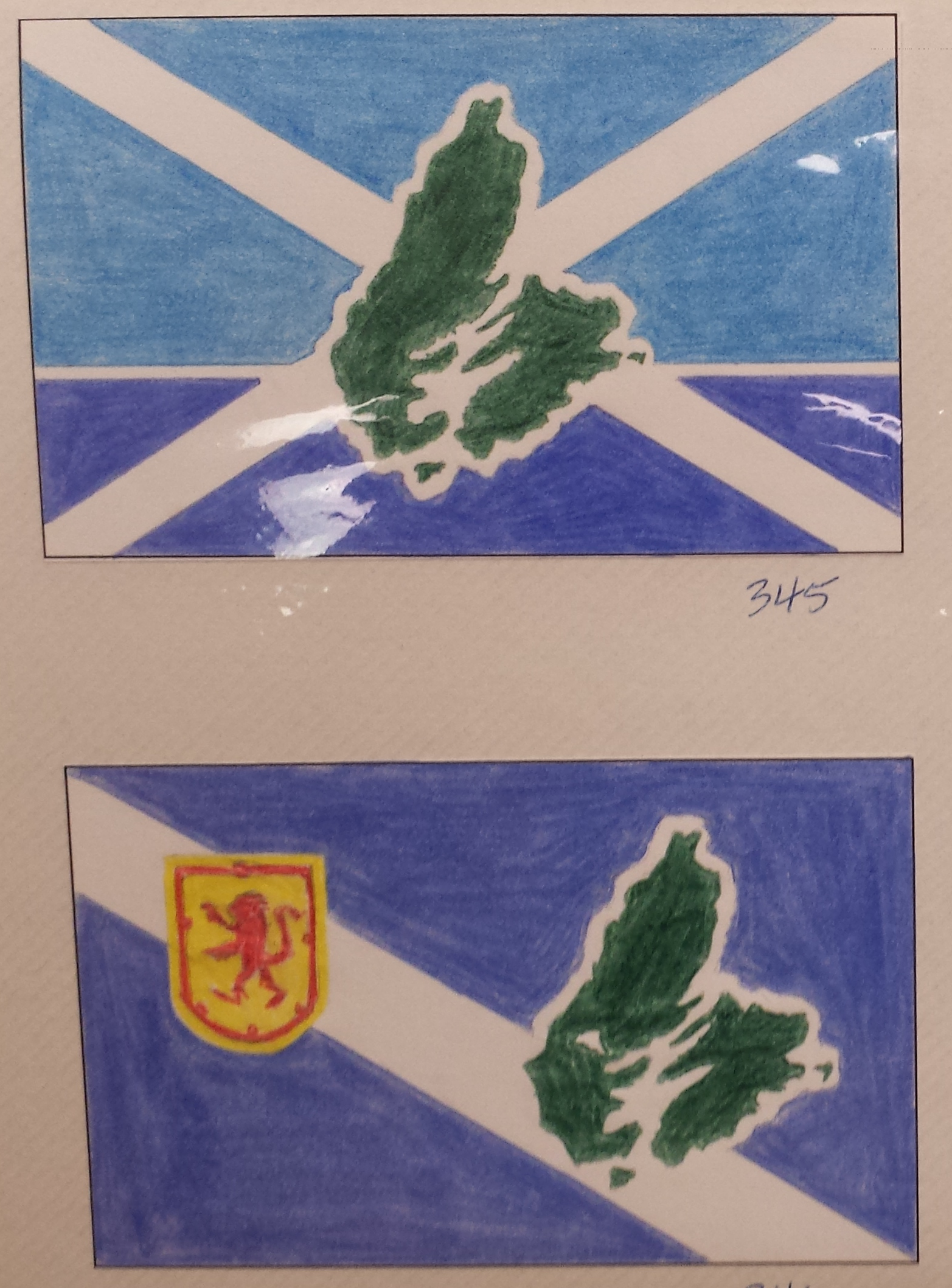 Huh. These are actually pretty nice. 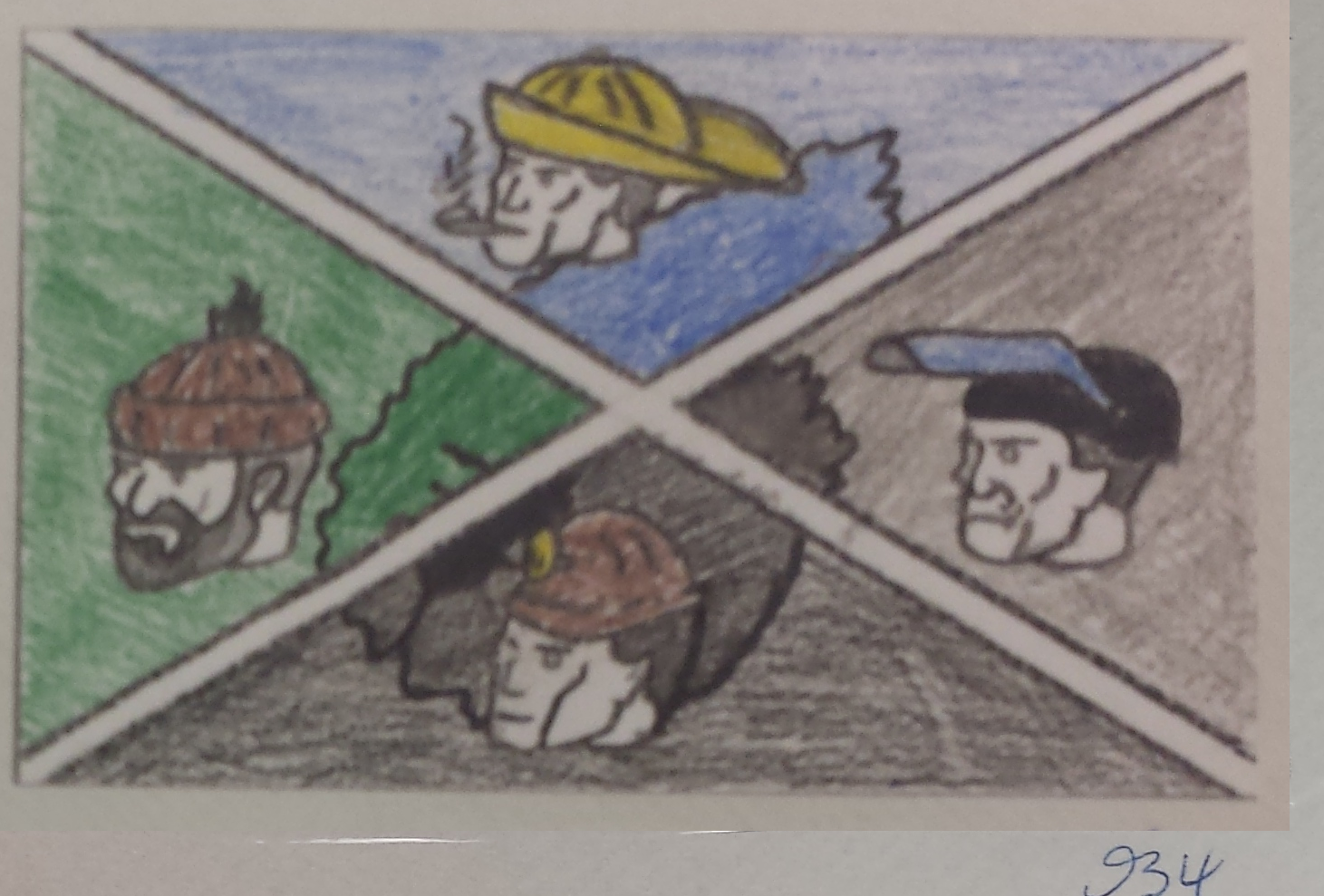 If we choose this one, we would be the only island with an active smoker on our flag. Too bad. 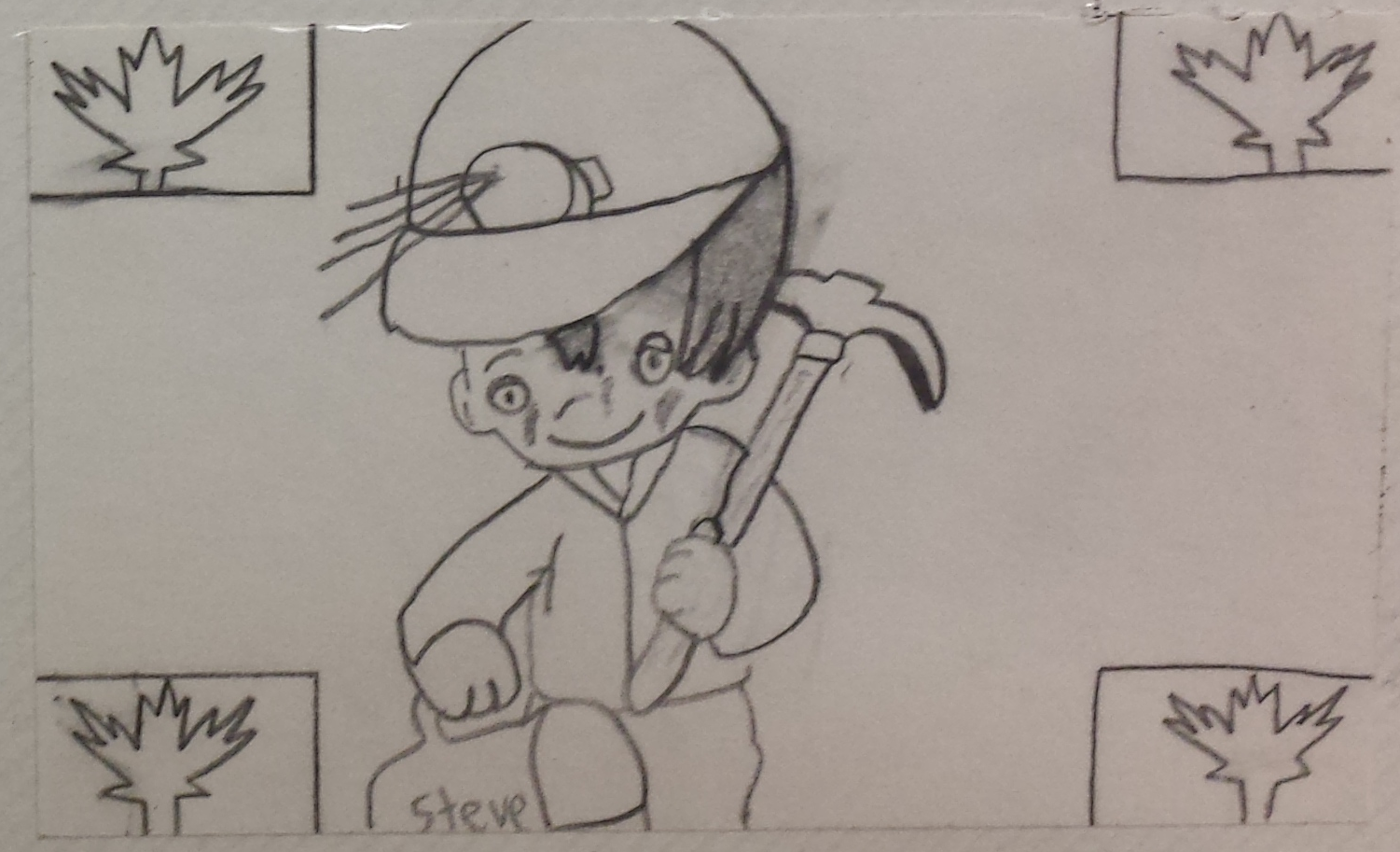 We almost got a flag and a mascot in one go. Steve the Miner!

A flag of a flag of Canada. So meta. 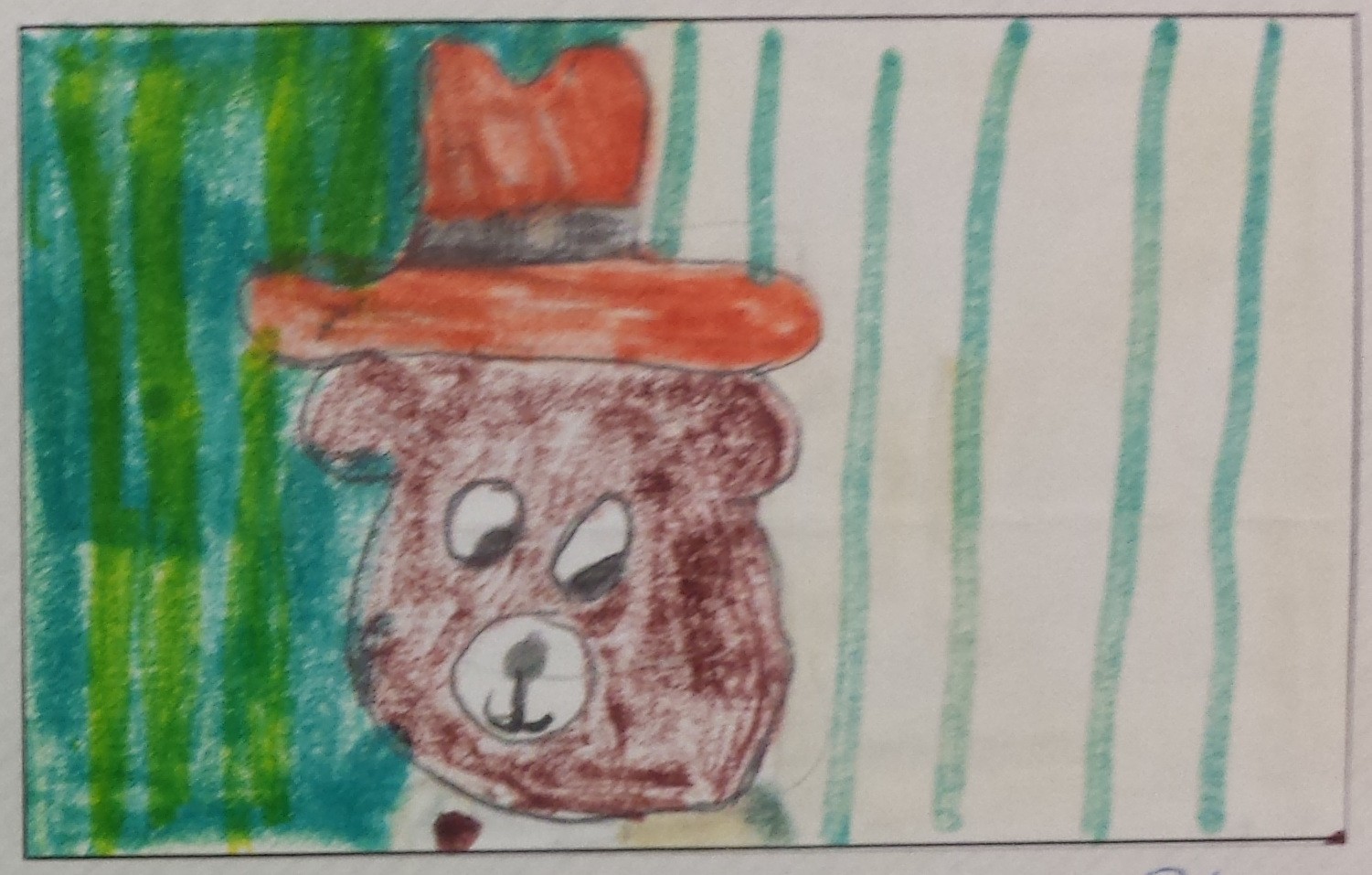 Did you know Cape Breton had a bunch of bears in hats? That makes two of us. 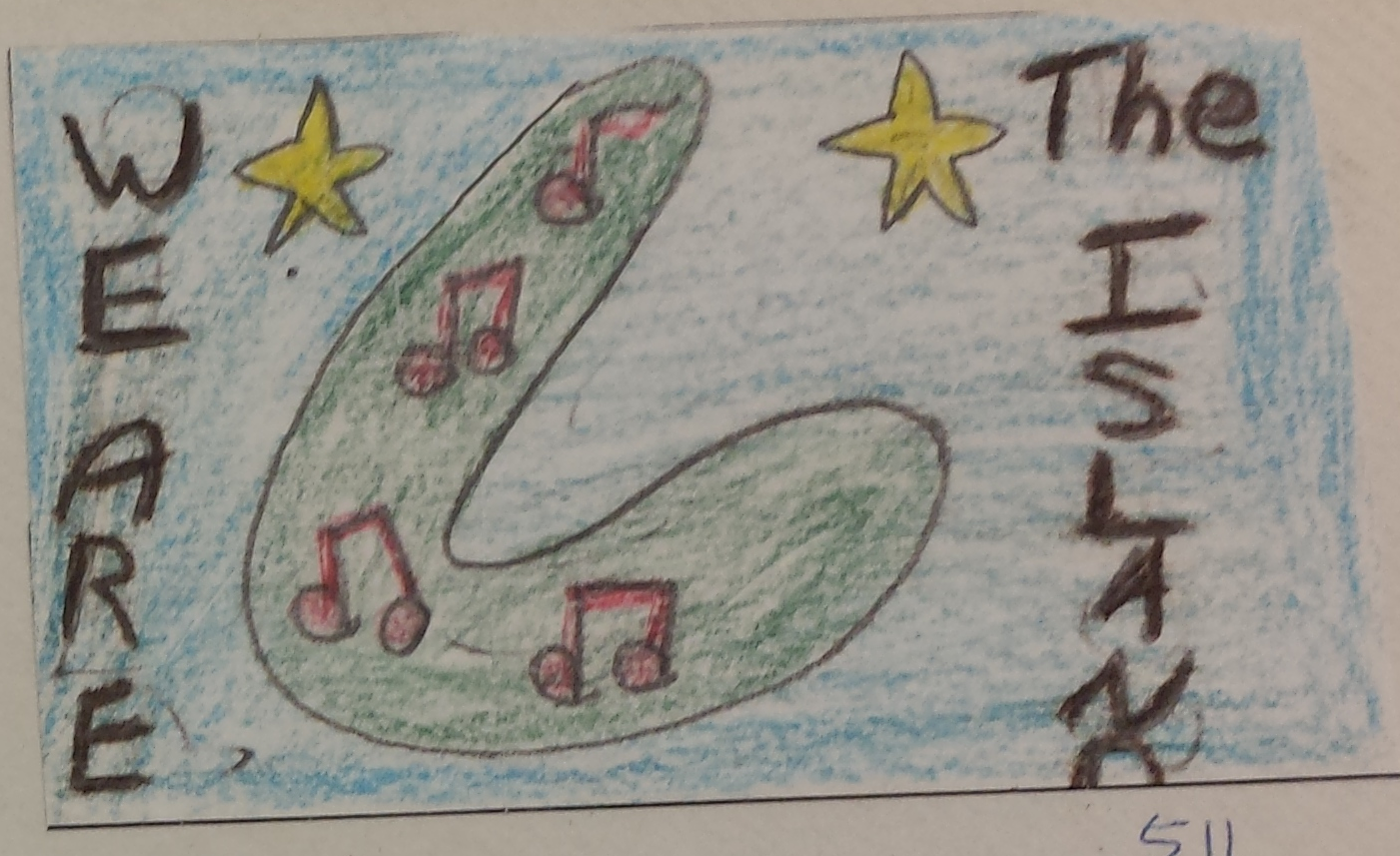 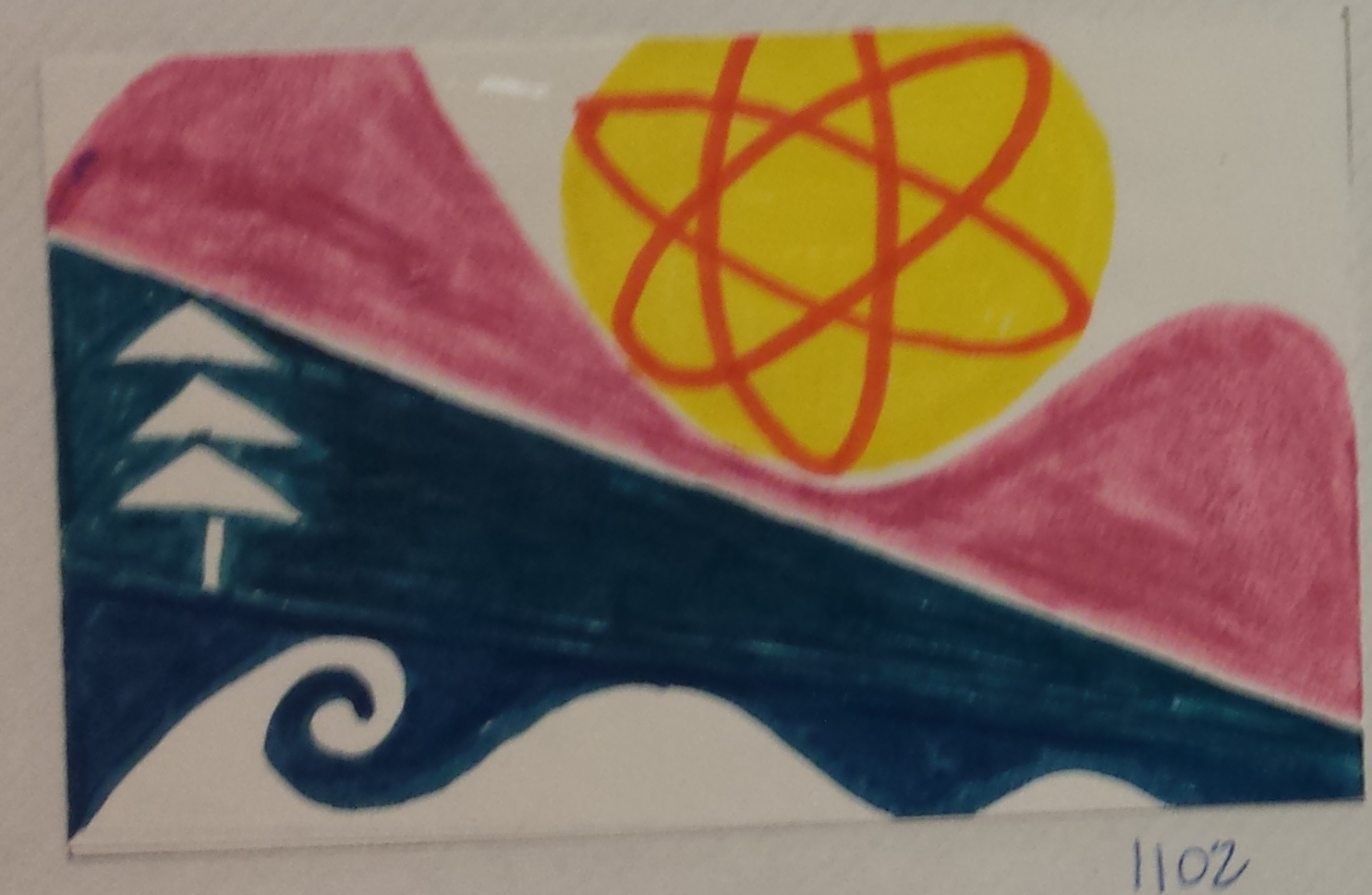 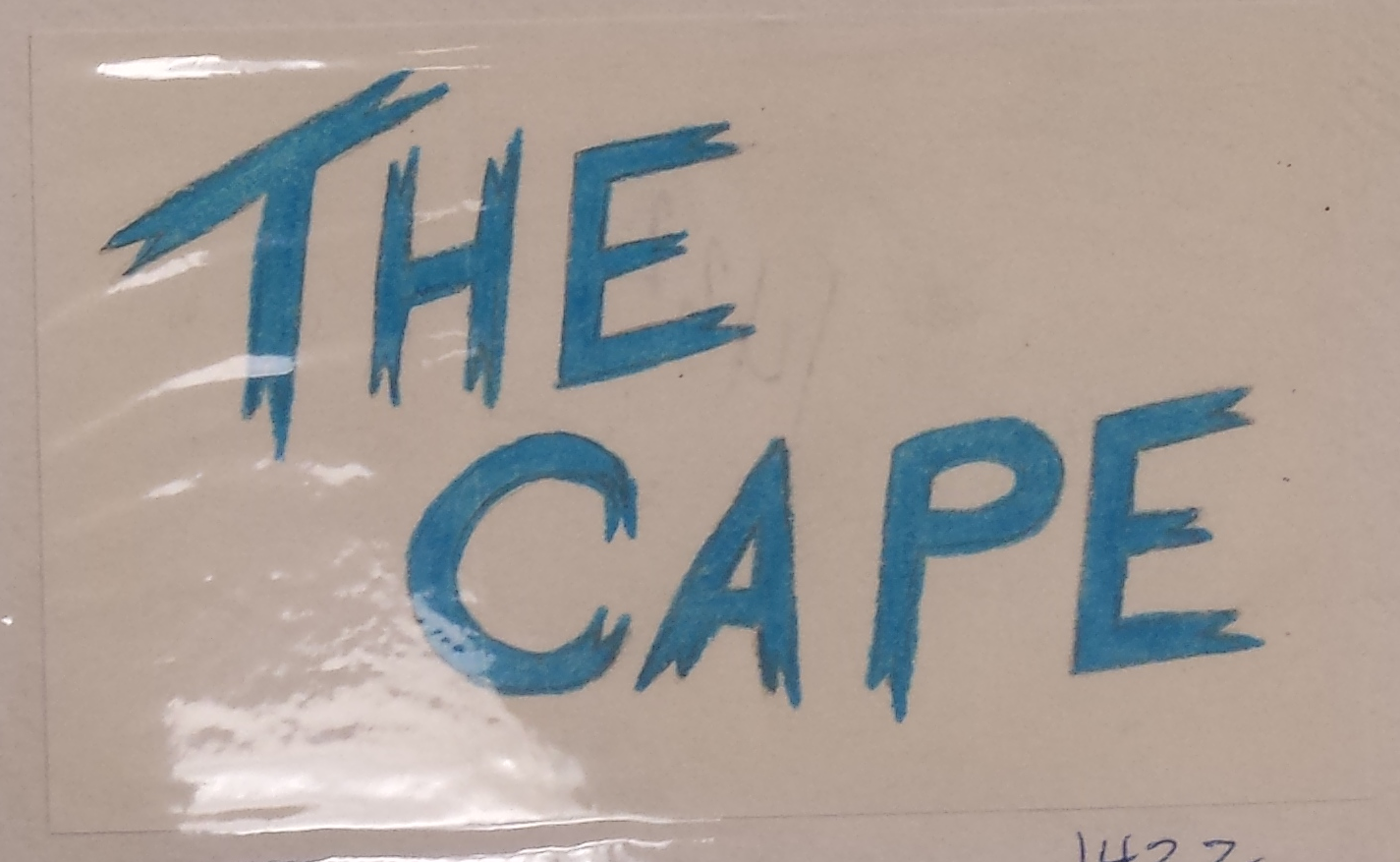 Not enough people get murdered in Cape Breton to warrant this flag. 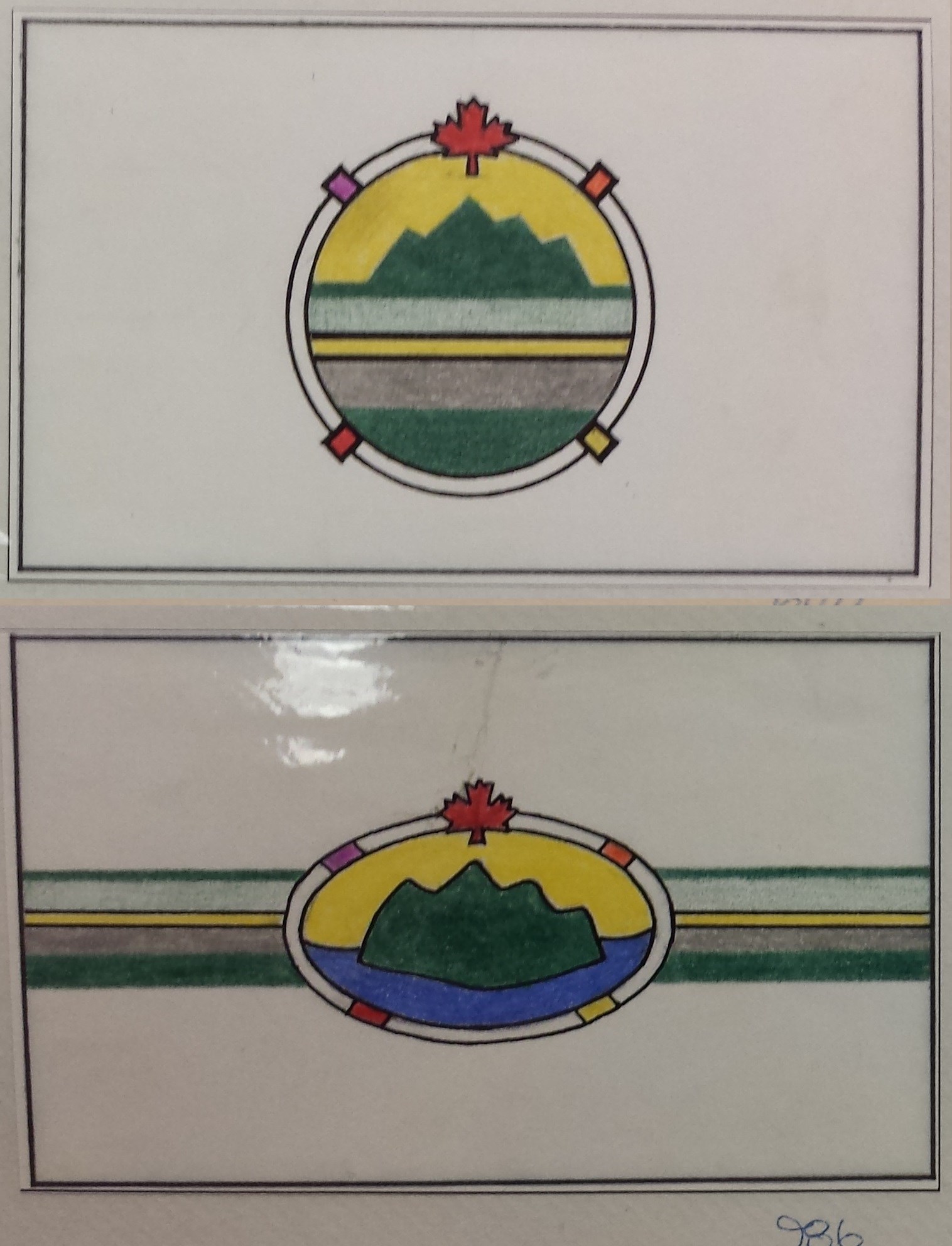 Well now, these are just pleasant to look at. 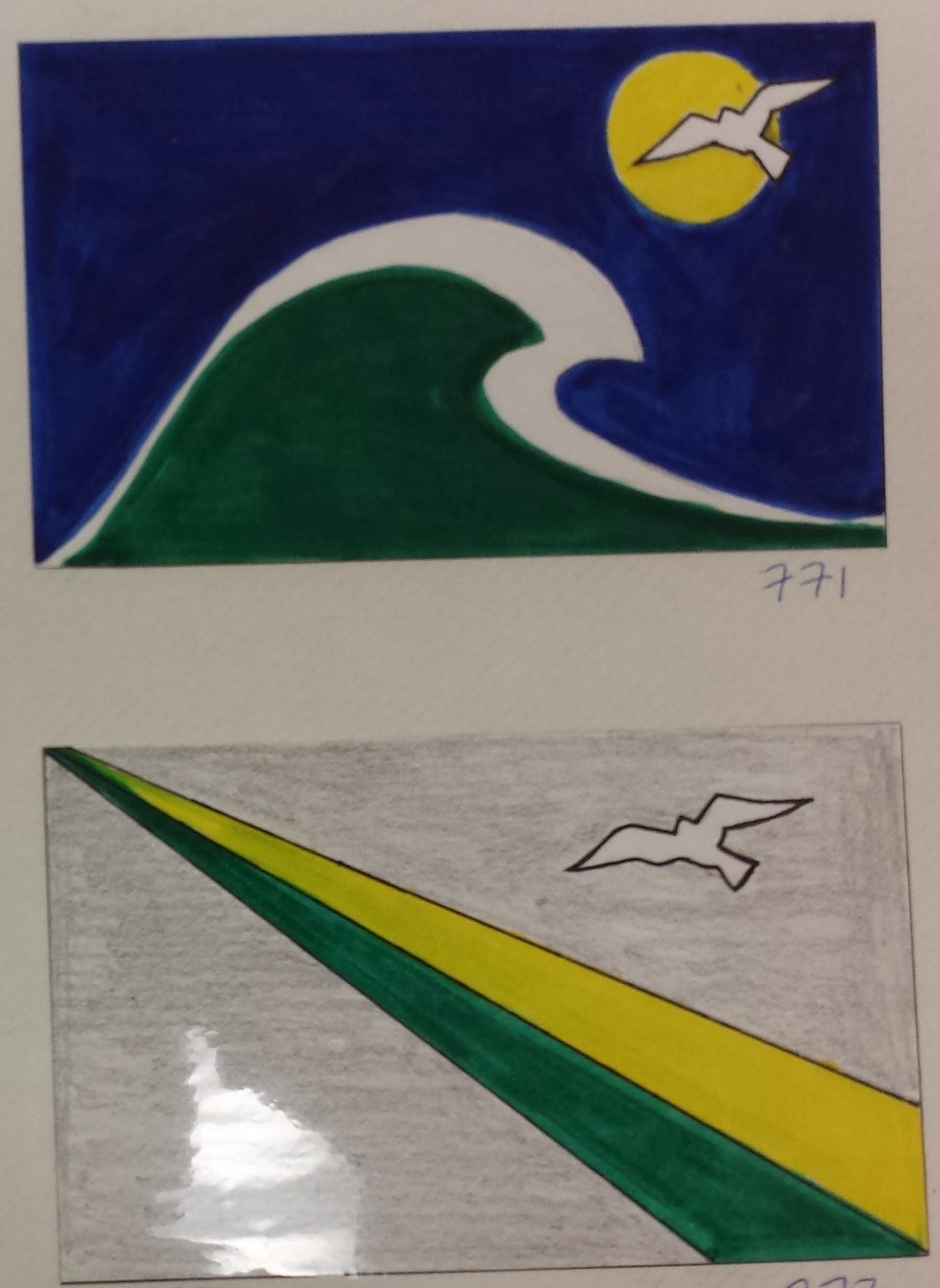 I think when it comes to birds, seagulls are much more our style. 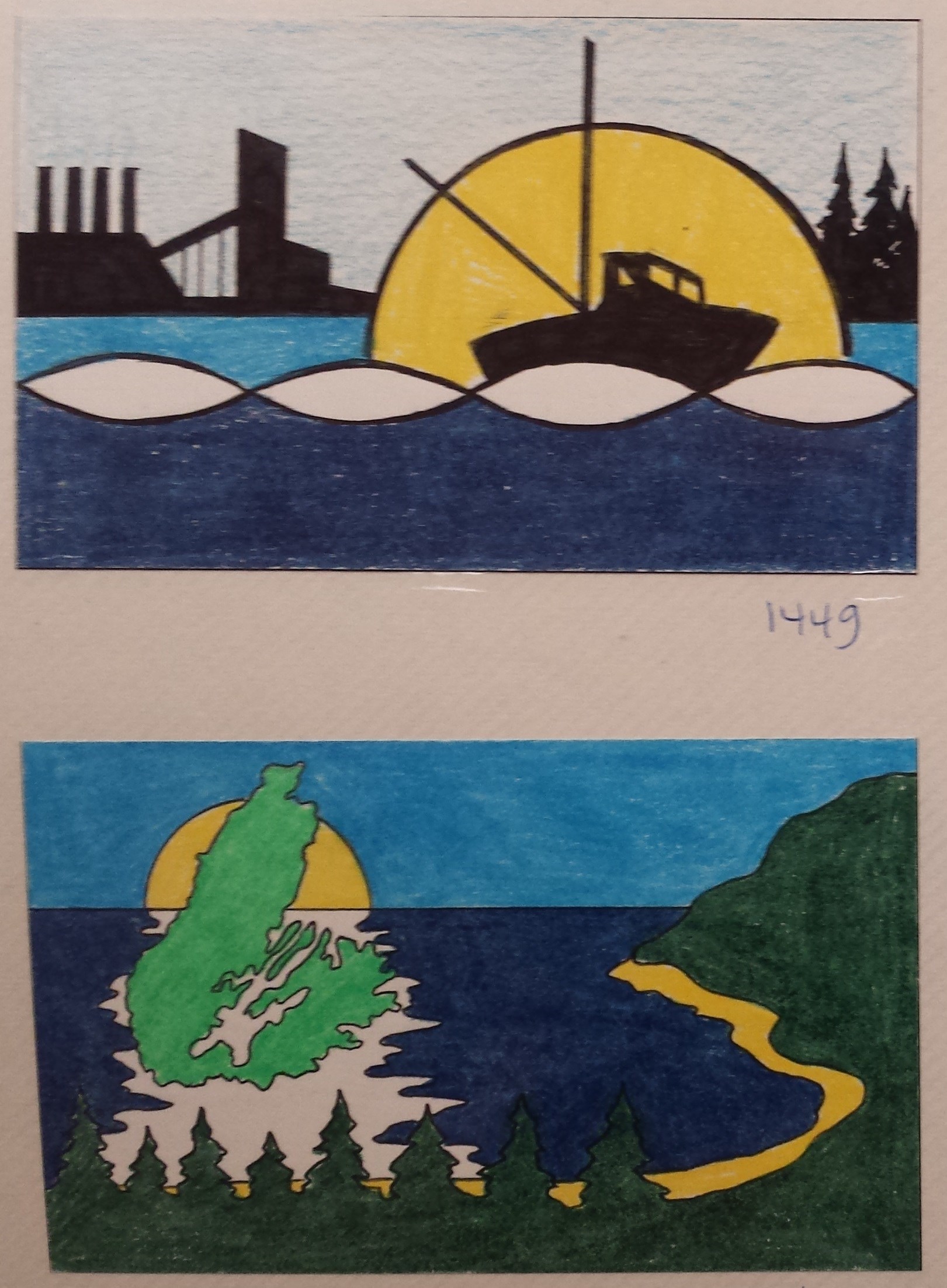 A bit complex, but I dig it. 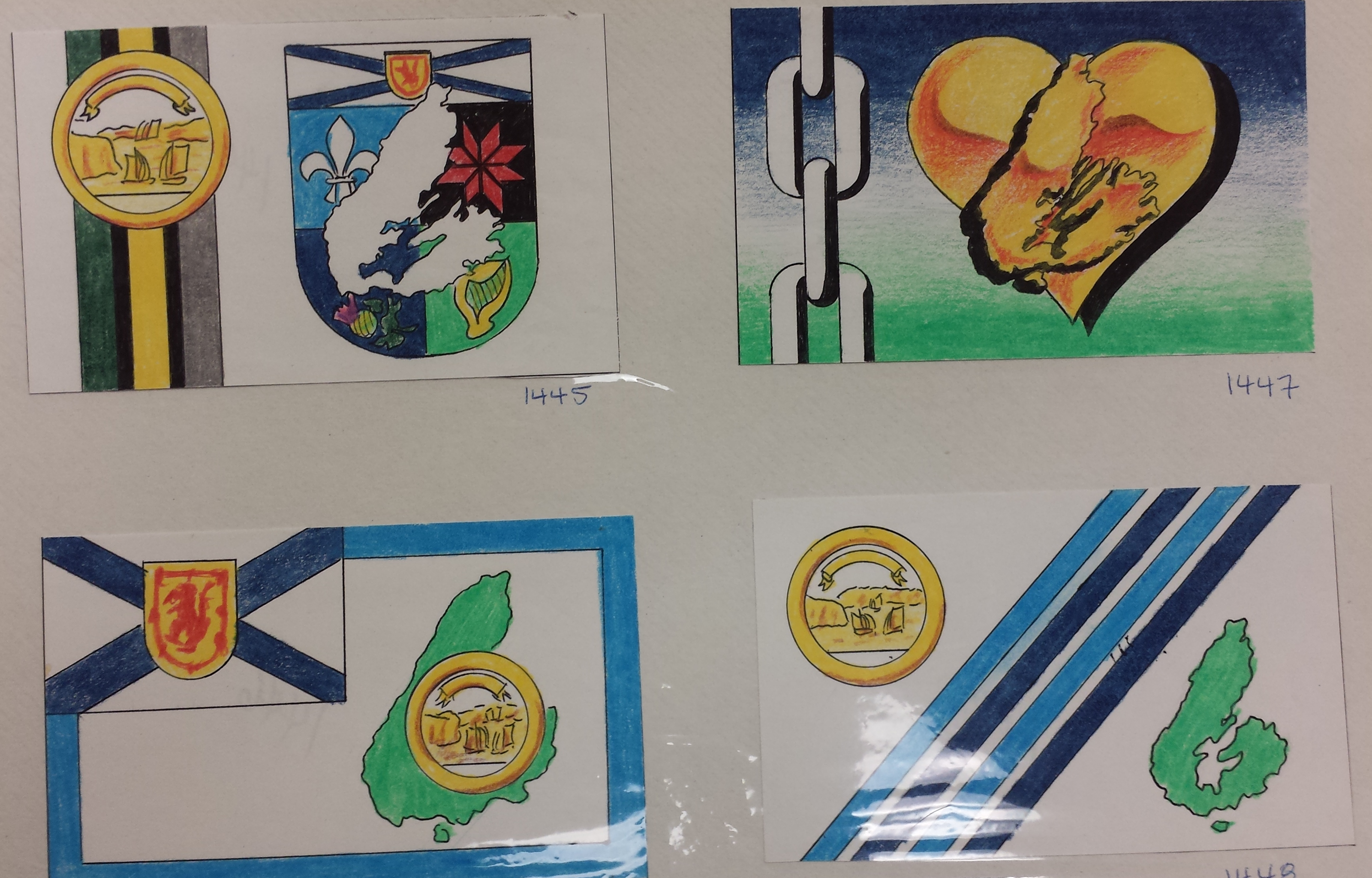 I'm not sure if these people understand the cost limitations of shading techniques on flags. 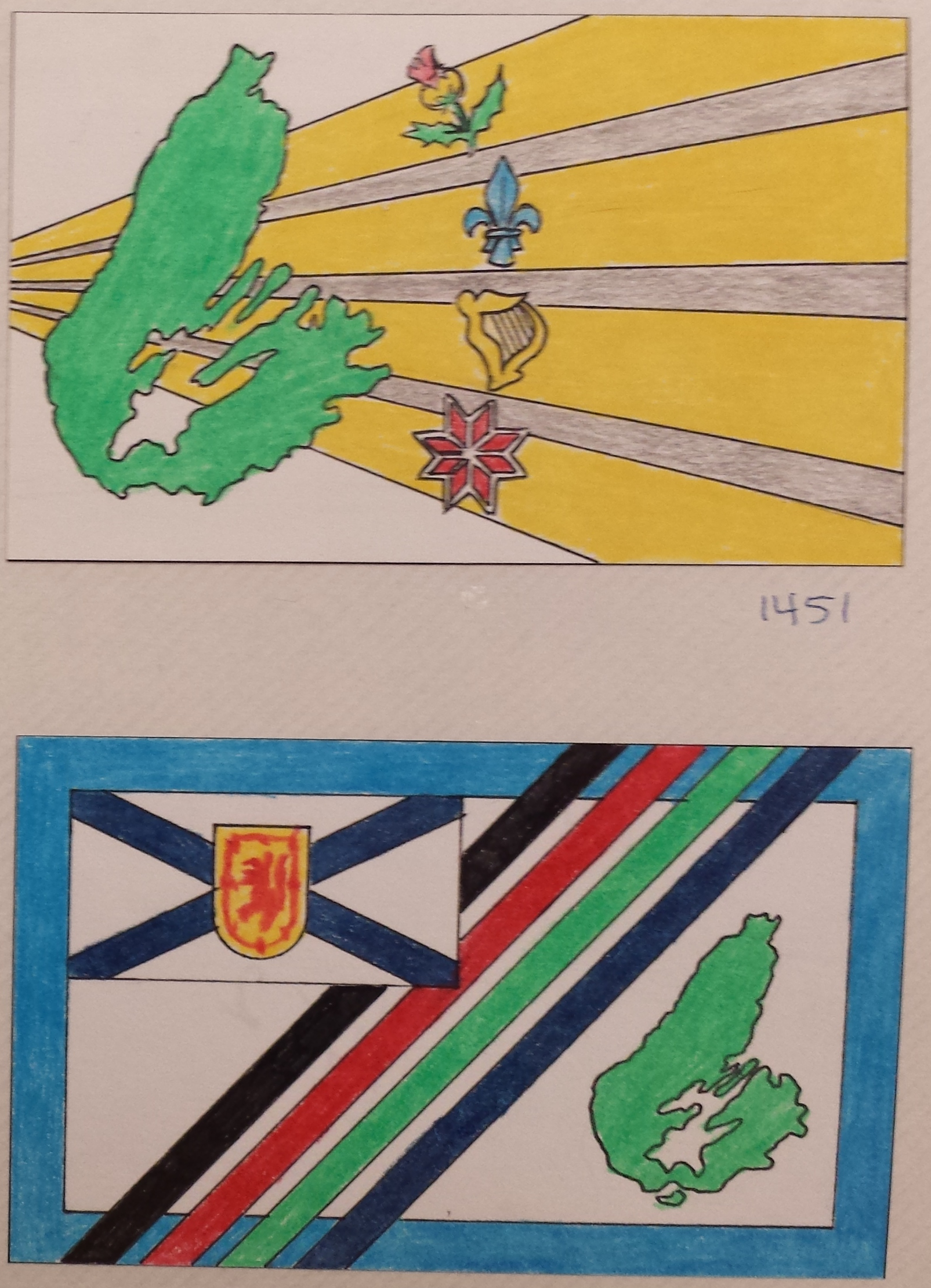 Man, our island is a nice shape. I mean really. Just look at PEI. They have nothing on us. 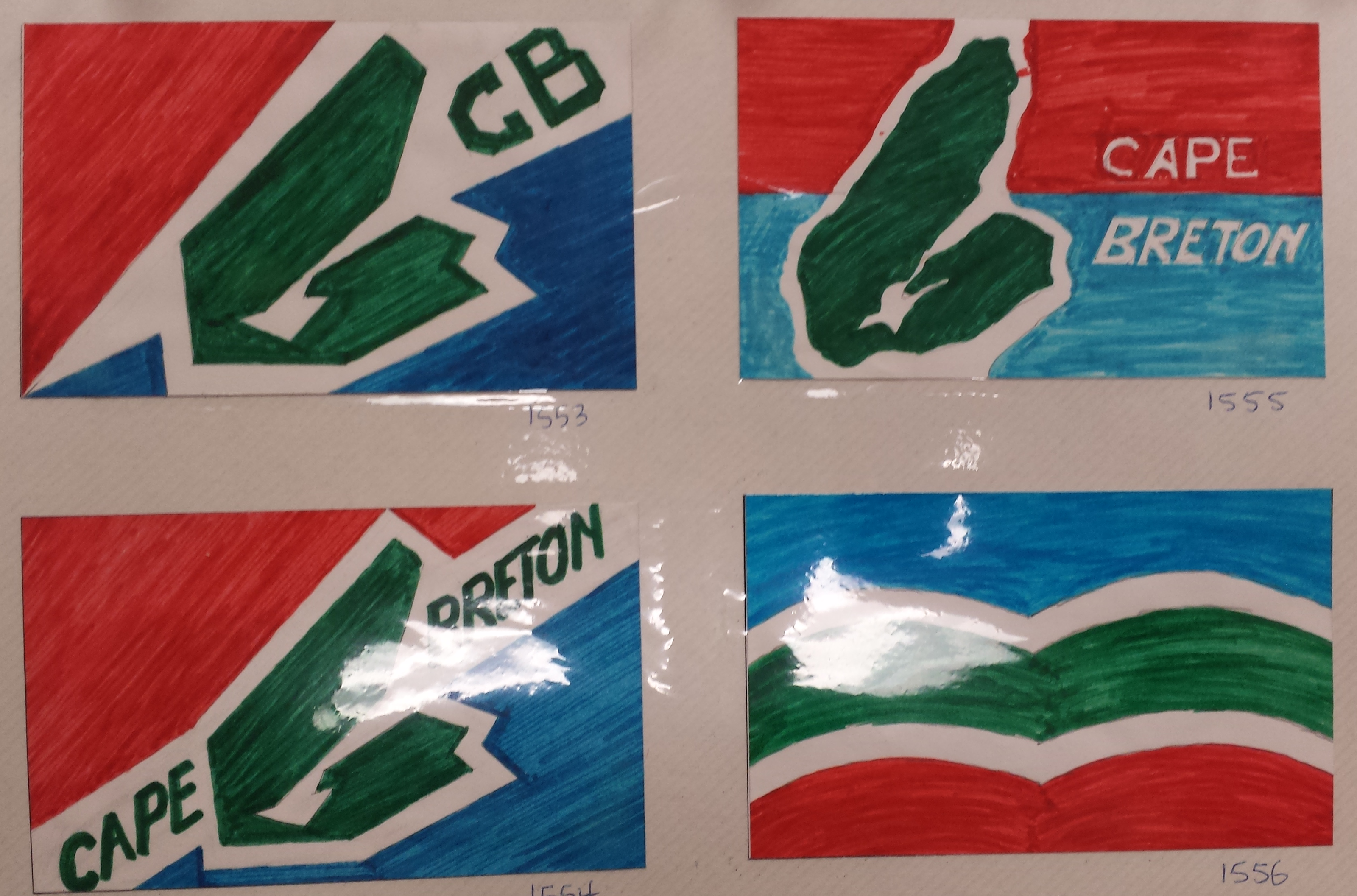 These are a bit intense, but I'm giving this creator some credit for going out on a limb. 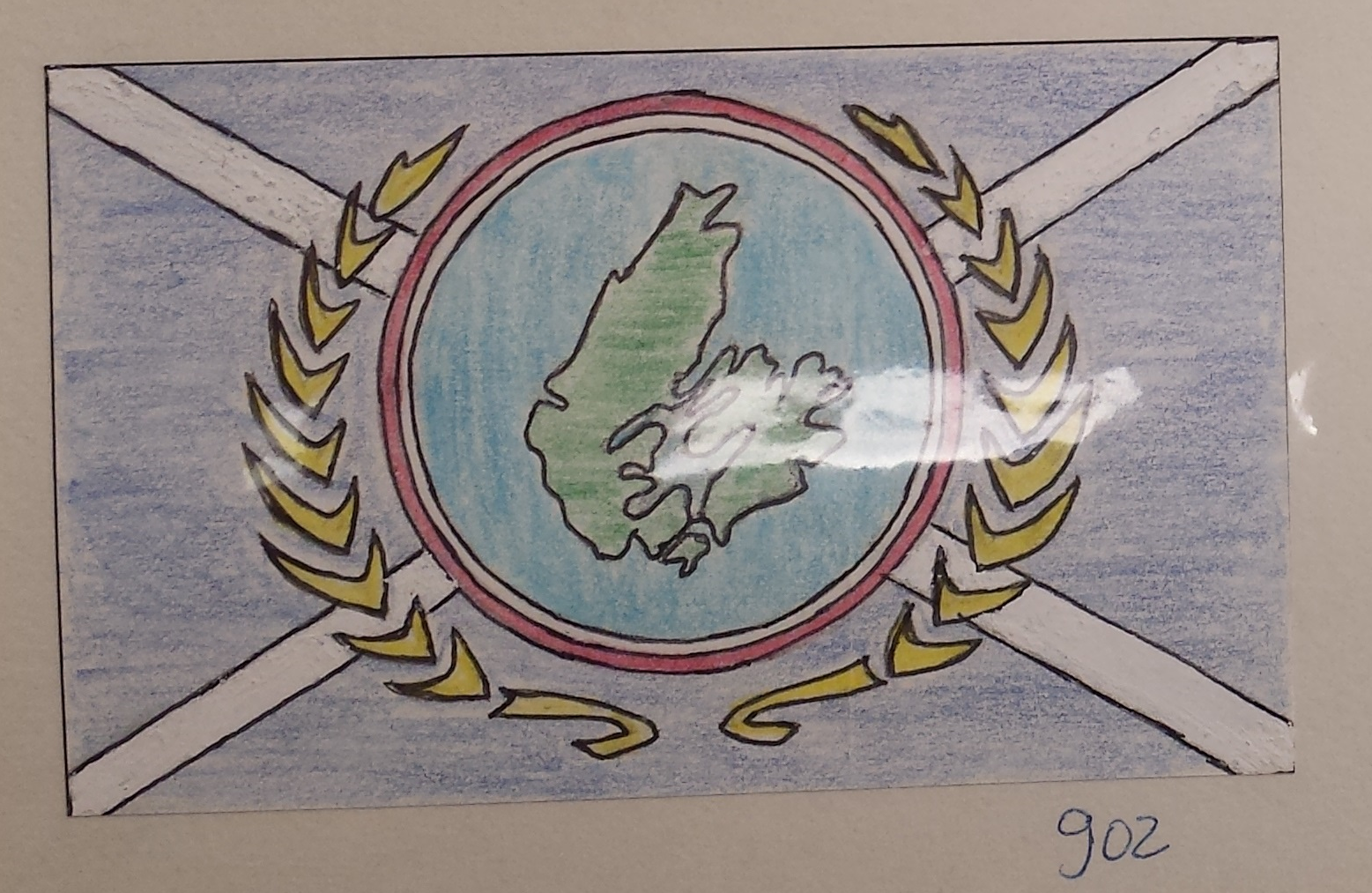 Yeah, this one just makes sense. 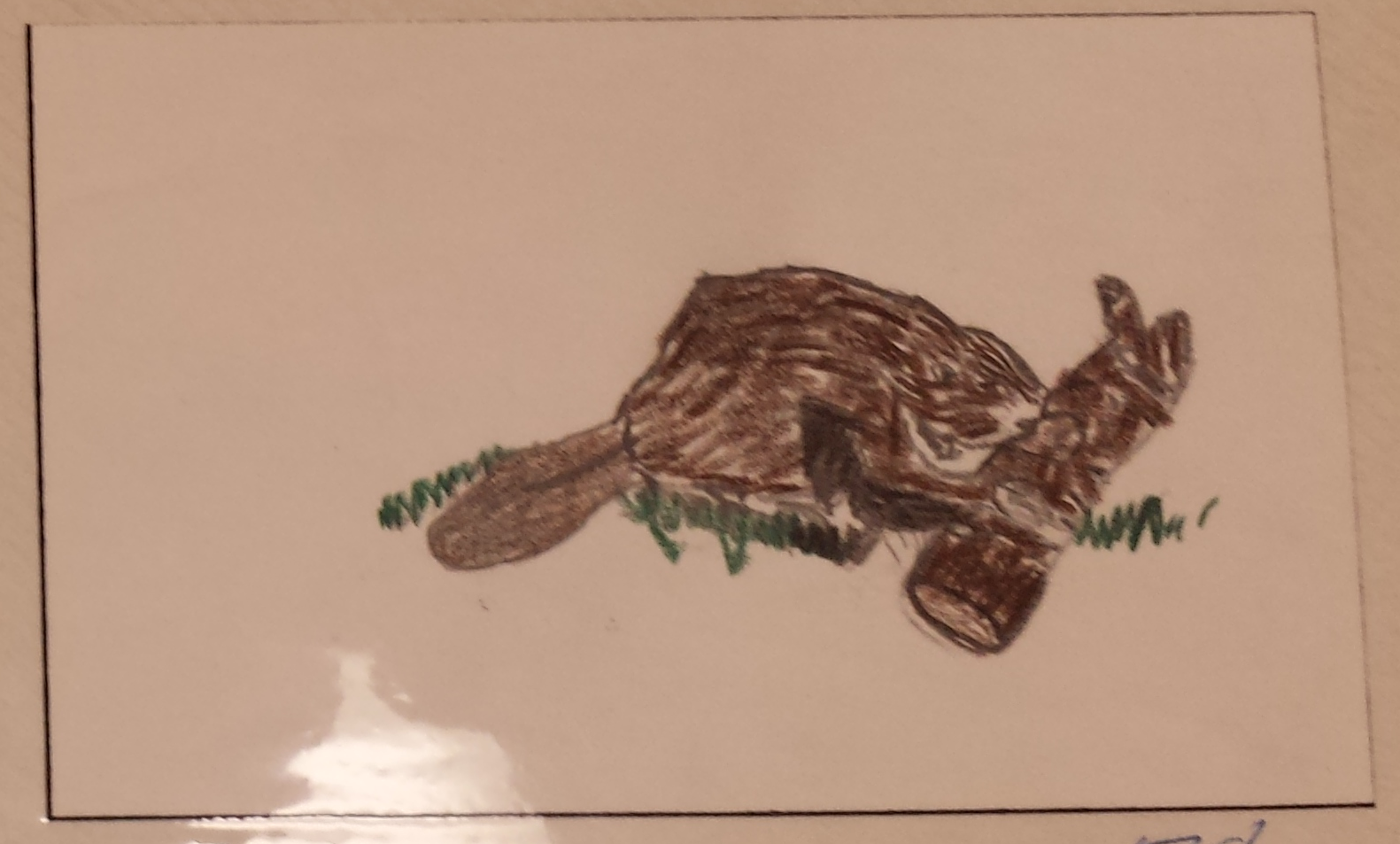 There were many more Rejected Flags of Cape Breton, but these were the flags I thought were worth sharing. If you would like to see all 2000 entries, they're down at The Beaton Institute at CBU. Anybody can stop by and check them out.

So, do you like the official flag of Cape Breton? Do you still like the unofficial flag flown up and down the Mira? Are there any other you think would make a better flag? Let us know in the comments below.