Our Community Follow Me
Posted this 2017-04-01 8:00 AM ADT (updated 2017-04-01 8:01 PM ADT)
The Cape-Breton-If-Trump-Wins phenomenon is about to produce the most tangible benefit for the Island thus far as Billionaire real estate developer and US President, Donald J. Trump, has unveiled plans to purchase property near the new Cabot Cliffs golf course in Inverness. 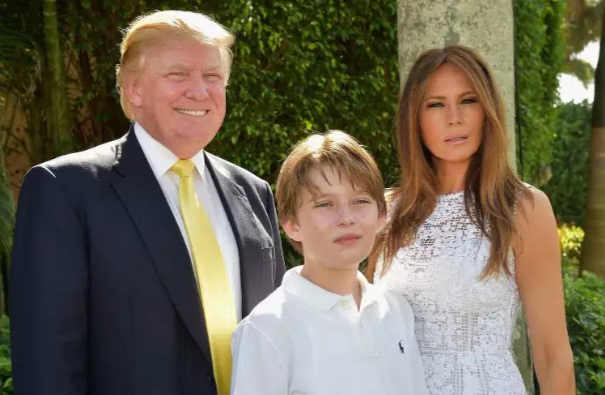 "I heard so much great stuff about Cape Breton during my campaign that I just had to take a look," said Trump. "And then when I learned you had these tremendous golf courses, I decided it would be a fantastic investment. Melania and the kids can hang out on the beach while I play golf. A terrific way to unwind."
Trump's son, Eric, visited Cape Breton in September 2016 to scope out possible locations.  A local real estate agent, who prefers to remain anonymous, revealed that Trump representatives had made several trips to assess west coast properties.  Eric Trump returned for a day trip in February to finalize a purchase on behalf of the Trump family.
Port Hawkesbury officials are using Trump's impending presence to lobby the provincial government for funding to upgrade the local airport.
Eric Trump's Private Jet at Port Hawkesbury Airport in September 2016
"If he expects to land Air Force One in Port Hawkesbury, then we'll need to extend the runways," said one official from the Transportation Department. "Have you seen the size of that aircraft?"

President Trump expects to be teeing off in the summer of 2017, along with many fellow countrymen who fled the United States following his election this past November.

Trump's comment: "To my fellow Americans, remember. You can run, but you can't hide." 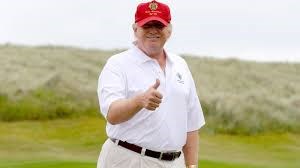 A&E Humor
View all the LATEST
and HOTTEST posts
View