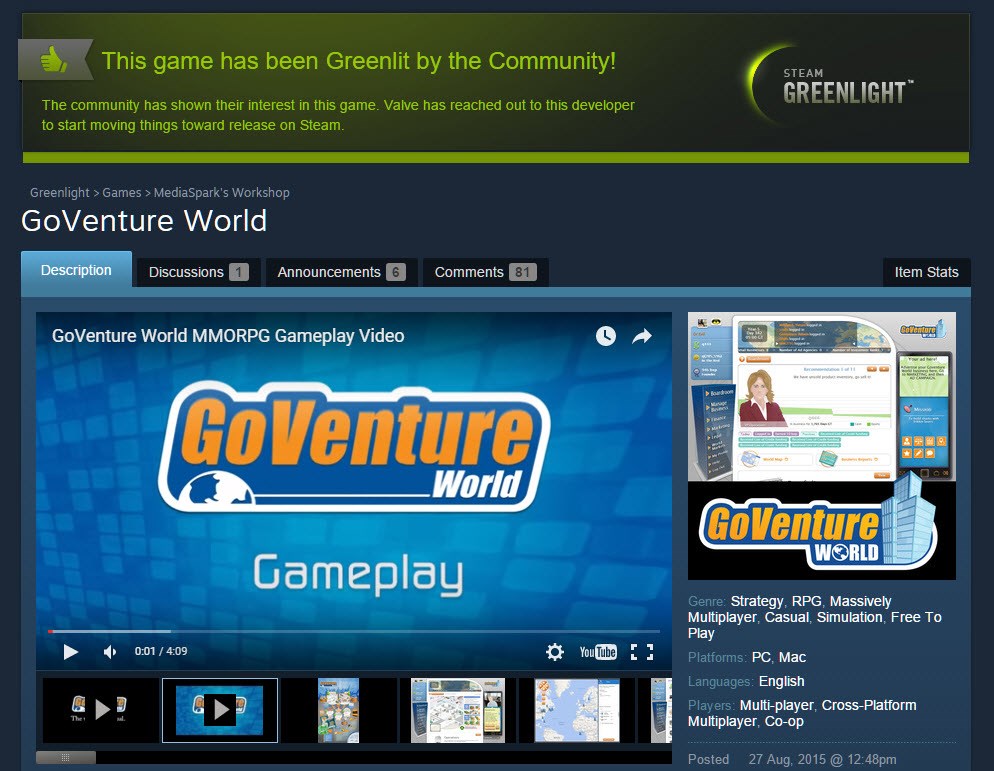 If you play computer games, you know about Steam , the Internet's most popular game distribution service with over 100 million players and 6,000 games available to download and play on your PC, Mac, or Linux computer.  And, an estimated $3.5 billion in game sales.

Steam Greenlight is a website that enables the Steam player community to VOTE for new games they want to play. If a game earns enough YES votes and positive community feedback, Steam will choose it for distribution to its player network.

MediaSpark's GoVenture World game was added to Steam Greenlight and competed with over 1,900 new and unpublished games from around the world.   On Dec 31, 2015, GoVenture World earned enough YES votes to earn it a spot in the top 72 games, triggering Steam to greenlight the game for distribution.  MediaSpark will soon be working with the Steam team to establish the distribution details. 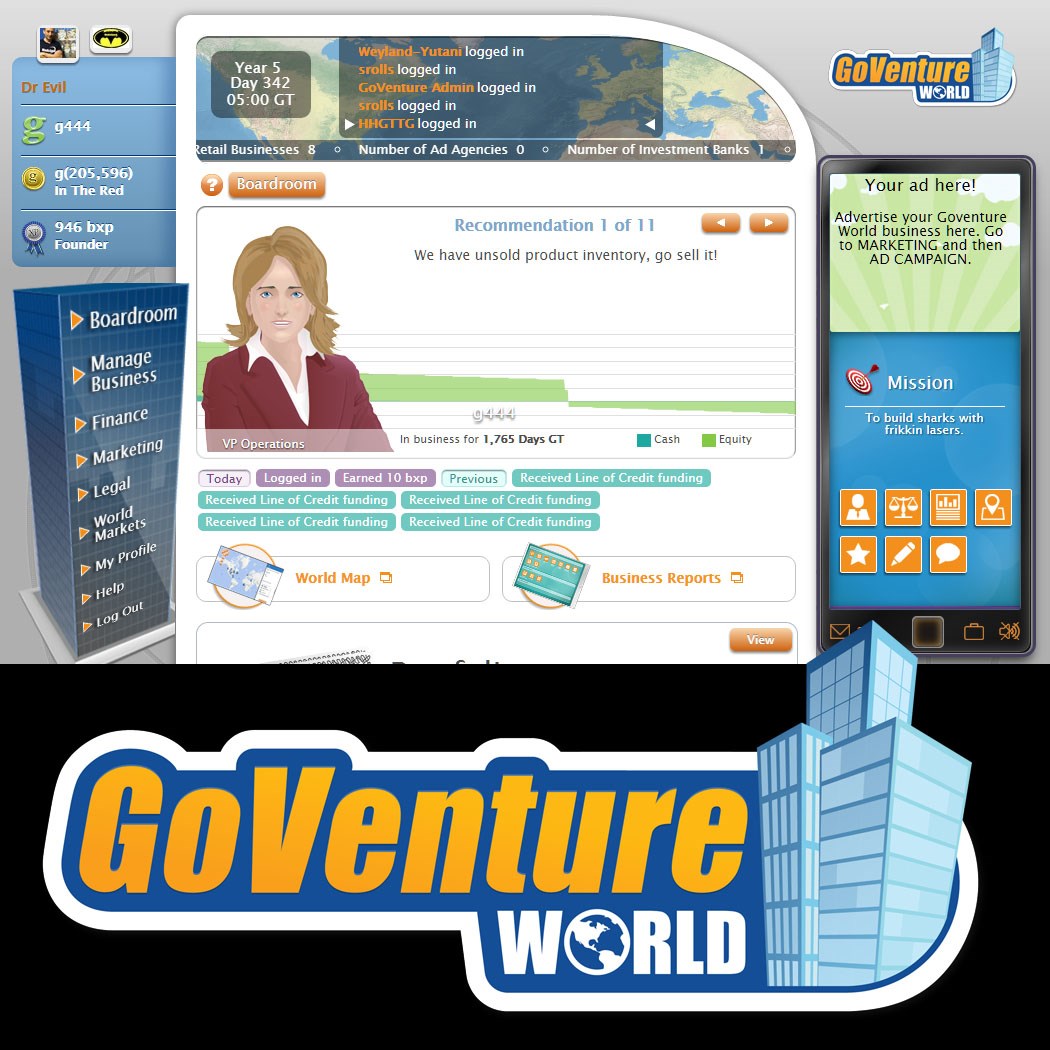 MediaSpark founder and CEO , Mathew Georghiou, describes GoVenture World as  the  most authentic business simulation ever created . Players can create and manage virtual businesses while competing and collaborating with others around the world.  More than just a fun and realistic game, he believes it has the potential to be the single biggest innovation in the history of entrepreneurship and business education.

MediaSpark's vision is for GoVenture World to provide business experience and skill development that is so  authentic , people will promote their in-game success on their  real-world resumes  to help further their careers or start new businesses. GoVenture World could eventually earn players university credits, and provide those who cannot afford post-secondary education an experience that is equally and perhaps even more valuable.

GoVenture World, still in development, continues to win recognition and build anticipation with players around the world,  as described in this earlier article  when the game was highlighted by Microsoft .

Find out more about  GoVenture World  at  GoVentureWorld.com
STEAM  users can find the game on  Steam Greenlight