The Story of One Doctor Leaving Cape Breton 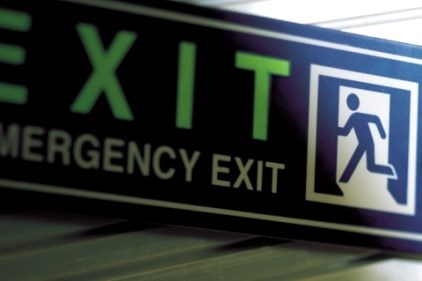 Brodie Marshall is 31 years old. He's young. He's married. He's active in the community, and he recently finished a 15 and a half kilometre leg of the Cabot Trail Relay in one hour and nineteen seconds. He's finishing his residency today, and will be known as Doctor Marshall come Monday. He trained in Sydney and Cheticamp as a rural family doctor. In many ways, Brodie Marshall is exactly what Cape Breton needs, and he's leaving.

He's also a good friend of mine.

Brodie and his wife Annie came to Cape Breton two years ago. At the time, their plans were not set in stone. They thought they might return to Sioux Lookout, Ontario after his two years of residency, but might find a home in Cape Breton, where we desperately need the skills he's dedicated 6 years of his life to learn. Cape Breton, after all, was one of his top choices for residency locations. They visited before they moved, and their initial impressions were good. They couch surfed with Amy, and were sold by Alyce. They thought maybe, just maybe, this island could become a home.

They moved here about the same time I did. Annie and I became friends, because we both found ourselves bumming around the same coffee shops, unemployed with Master's degrees. This is where the problems began. Generally speaking, Cape Breton is one of the worst places to have an education degree in your back pocket. The only function it serves is admission to the underemployed club, and Annie couldn't find work. "Even if she did get a full-time position," says Brodie, "how fair would that be when half the island's teachers are looking for work."

Then there's the question of how truly welcoming we are on this island. While Brodie and Annie were quick to meet new people in Cape Breton, making real friends on this island proved difficult. I also came two years ago, and have to agree with them. In a way, it only makes sense.

Brodie, Annie, and myself could all be described as transient. We move around a lot. Transient people have to make friends fast, or they don't have friends at all. It's a survival mechanism. In comparison, people who have lived their whole lives in one place might never make a new friend after high school. Why would they? They have their circle and they are content. Add to this that making friends as an adult is difficult in the first place, and it's a rough go for many Cape Breton newcomers.

It's a complicated problem, because it's entirely passive. Nobody is actively perpetrating any wrongdoing to make this place unwelcoming. Nobody is being a jerk. But how do you solve it? You can't force people to have dinner with people they just met.

After 6 months of not finding a job or a community to be a part of, Annie returned to Sioux Lookout. She is currently a kindergarten teacher. Brodie and Annie have lived in different provinces now for a year and a half. He's visited 6 times, sometimes making the 34 hour drive through 3 provinces to see her. He's moving back on Monday.

This is not a new story. In the 1992 Summertime Review, Max MacDonald cracked the joke that "the last doctor to leave Cape Breton, please turn out the lights." This joke has always stuck with me, because my dad was one of the doctors that left Cape Breton in 1993, and relocated his entire family to Warner Robins, Georgia.

The story of my dad moving to Georgia is different from Brodie moving to Cape Breton for a number of reasons. First, hospitals in America are private businesses that hire professional recruiters to lure qualified doctors from all over the world. As my parents visited a number of cities in America, these recruiters took them to the best restaurants, showed them the best neighborhoods, and gave them all the statistics about the local schools, crime rates, and housing prices. They even met with local principles to make sure we would have a great elementary school experience. Even after moving to Warner Robins, the recruiters job turned to retention, and they made sure we were comfortable.

There were welcome parties where my parents were introduced to the medical community, and my mother got hired almost immediately because it was common knowledge that Canadian X-ray technicians were better trained than their American counterparts.

My father delivered 700 babies on Cape Breton Island in 1992. A lot of my friends were delivered by his hands. He was paid $350 per birth for the entire process. In America, he was paid $6500.

I am not advocating for an American medical system. If anything, I believe both systems are broken to different degrees and in completely opposite ways.

The biggest difference between these two stories is the work put in to not only welcoming the doctor, but also his spouse and family. It's difficult to compare the two situations with all their differences, but that contrast, to me, is apparent.

Eventually my parents retired and returned to Cape Breton. My brother moved back in 2012, and I moved back in 2014. We still have a brother in Georgia, but he makes it back as much as he can. We trickled back, because there are some things Cape Breton has to offer that no amount of money or parties can compare to.

The story of Brodie and Annie isn't singular. It has happened to other doctors, and will undoubtedly happen again. It is important to note that it doesn't happen to every doctor. Four out of six doctors in Brodie's residency class are staying in Cape Breton for at least a couple years.

I don't write this to disparage Brodie. He's one of those guys that you slowly learn is better than you at almost everything, but he's so humble and nice about it that you just can't hate him. I write this because the reason Brodie is leaving, and Annie has left, has nothing to do with politics or policy. He doesn't care how much he gets paid, or what car he drives. They're leaving because it turns out, Cape Breton just wasn't for them.

Sure, we have to ask what policy or politicians can do to entice and retain doctors on Cape Breton Island, but we also have to ask ourselves "What can we do, as a community, to make newcomers feel more welcome?"